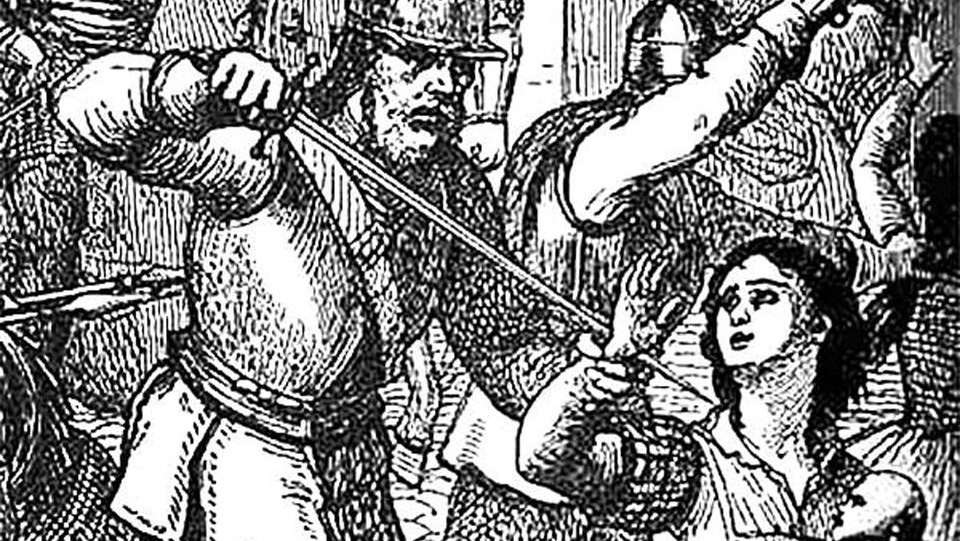 Following a Catholic uprising in 1641, Cromwell and the New Model Army set sail to Ireland to defeat this coalition and reclaim Ireland for parliament. This proved to be a bloody and brutal affair, forever remembered for a series of controversial massacres.

The Cromwellian Conquest of Ireland had begun, which included the destruction of Drogheda on September 11th that resulted in the massacre of about 3,000 civilians & soldiers.

Cromwell arrived at Wexford on the 2nd of October with 6,000 men and on the 11th October Cromwell’s Army stormed and sacked town of Wexford, whilst the defenders were trying to negotiate a surrender. It is remembered in Ireland as one of the worst atrocities in their history. Over 2,000 soldiers and over 1,500 civilians were massacred that day. 300 Wexford townspeople who perished when the overloaded boats they were using to escape capsized.

Cromwell denied that he ordered his troops to storm the town, but he later justified the actions of his men. 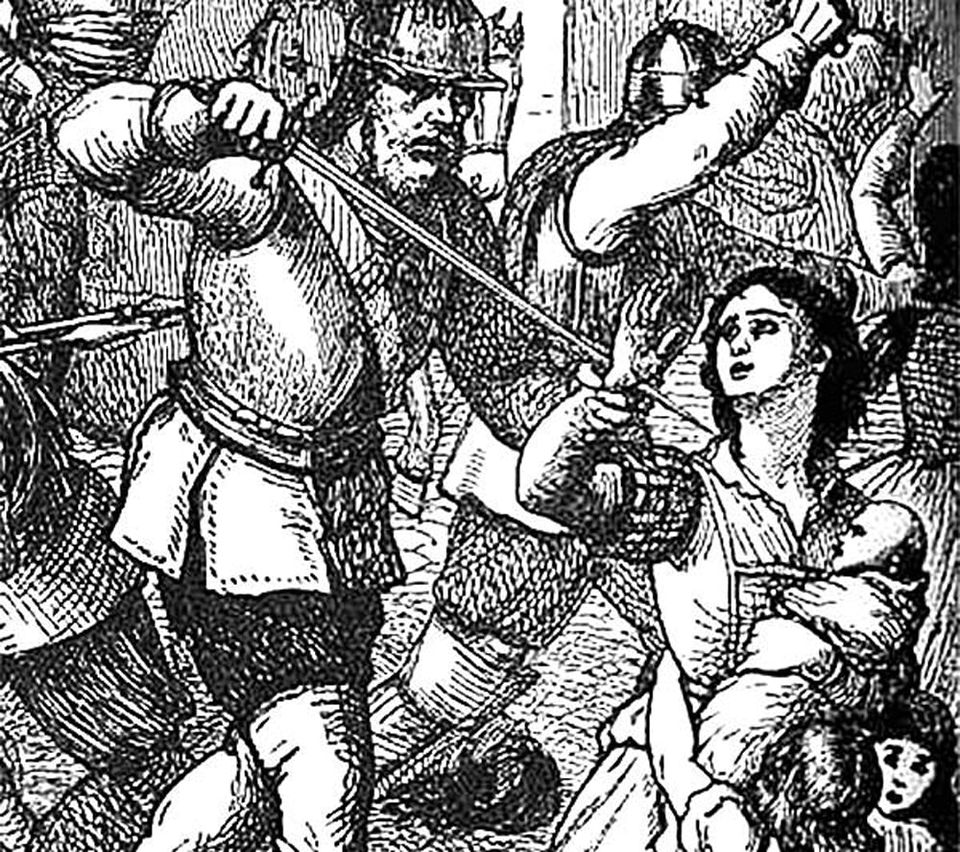 ON THIS DAY: 25 OCTOBER 1920: Terence MacSwiney, the Mayor of Cork, dies in a London prison after 74 days on hunger strike