ON THIS DAY: 1 OCTOBER 1843: Monster Meeting hosted by Daniel O’Connell in Kildare 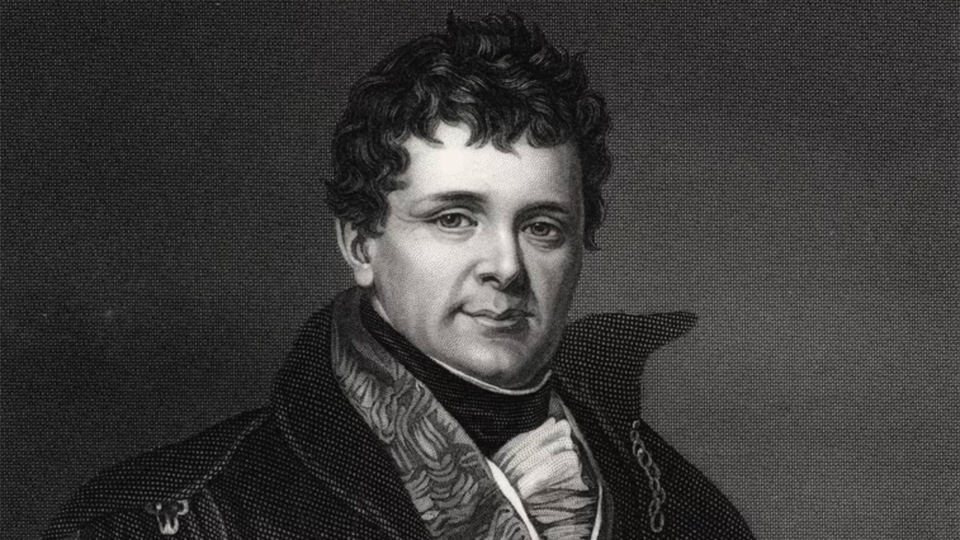 One of Daniel O’Connell’s so-called Monster Meetings took place in Mullaghmast in Kildare, calling for a repeal of the Act of Union. It was the latest in a series of meetings that took place through out the country in places such as M0naghan, Loughrea and Lismore.

Such was the support and excitement surrounding the event, that crowds were waiting since early morning to meet O’Connell as he emerged from the Leinster Arms Hotel in Athy. Loud and continous cheers greeted him as he stepped into his carriage to make his way to the Kildare village of Mullaghmast.

Local builders had constructed a timber platform from where he would deliver his speech. Arriving at 2pm, he was greated with a massive crowd which waved banners and flags with the slogans “Ireland for the Irish” and “Ireland Must be a Nation”

When he stepped on the platform to begin his speech, the crowd broke into sustained applause which lasted over 10 minutes. A man who used symbolism to great effect he addressed the crowd and said: “Mullaghmast was selected for this meeting as it was the spot on which English treachery and false Irish treachery consummated the massacre of the Irish people.”

More speeches were to follow and the resolution “that a petition be prepared and presented to Parliament for a repeal of the Union” was passed.

It was the last public Monster Meeting to be held; one that was organized to take place 2 days later in Clontarf was cancelled, due to threats of possible Military intervention.

Daniel O’Connell was born in 1775 and died in 1847; founded the Catholic Association in 1823, and became a leader in the agitation for Catholic emancipation; elected to Parliament in 1828; a leader in the Repeal agitation in 1840; promoted the mass-meetings of 1842–43; arrested and convicted of conspiracy and sedition in 1843; he had his sentence reversed in 1844. 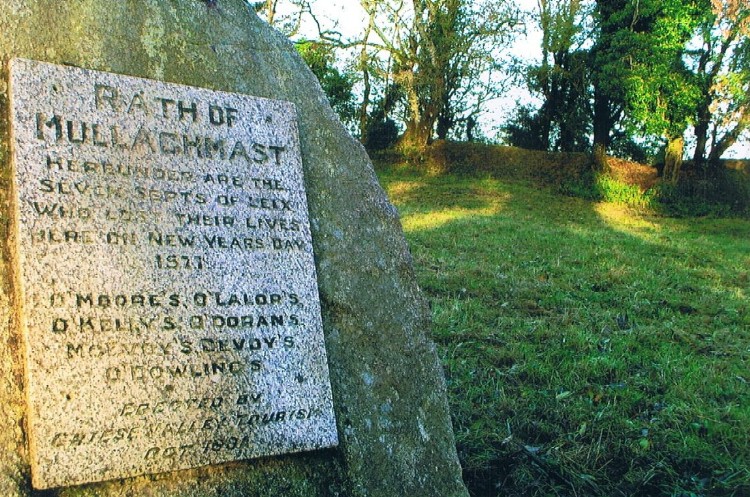 Rath of Mullaghmast. This is the ancient and historic Rath where the seven septs in Laois were lured and then slaughtered by English troops in 1577. Daniel O’Connell also held a monster repeal meeting here in 1843. Photo Credit: Belan Lodge