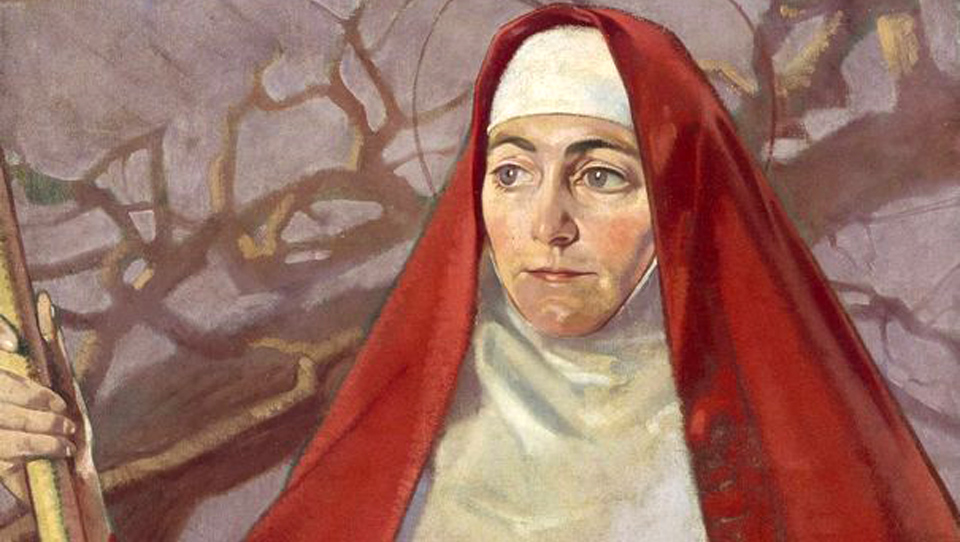 Feast of Saint Brigid of Kildare – Naomh Bríd – (c. 450 – 525) one of Ireland’s patron saints. She was an early Irish Christian nun, abbess, and foundress of several monasteries of nuns, including that of Kildare, which was famous and revered. Her feast day is shared by Dar Lugdach, who tradition says was her student, close companion, and the woman who succeeded her.

Born in Dundalk in 450 AD, her father was a pagan chieftain of Leinster and her mother was a Christian.

Probably the earliest biography, The Life of St Brigid, was written by Cogitosus, a monk of Kildare in the seventh century, and is a fine example of Irish scholarship in the mid-seventh century. A second First Life or Vita Prima of St Brigid is by an unknown author, although it is often attributed to St Broccán Clóen (d. 650).

Bríd is celebrated for her generosity to the poor, and helping with the sick, frail and hungry; lots of miracles are attributed to her. She is the patron saint of Ireland, newborn babies, pregnant mothers, dairymaids, cattle, midwives, nuns, and more

Bríd, “the Mary of the Gael,” is held in high esteem in Ireland and her feast day is celebrated on the 1st February. She died at the age of 75 in AD 525 and was buried in the church she created. Her remains were exhumed years later and brought to Downpatrick to be buried alongside Saints Patrick and Columcille. However, her skull was brought to Lisbon where it remains today.