Nothing jolly about Karl Marx at Christmas 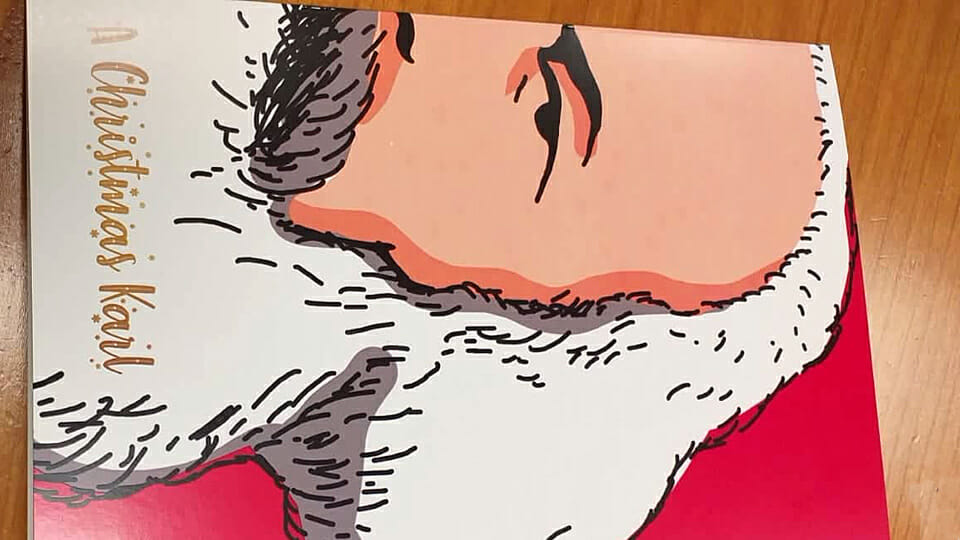 A Christmas card featuring Karl Marx might have raised a few cheap laughs for Sinn Féin’s Fintan Warfield, but there was very little of good cheer about the father of socialism.

Even apart from the fact that Marx was a militant atheist who hated both his own Jewish heritage – which he stereotyped much as did the Nazis – and Christianity, the bloody history of Marxist inspired regimes hardly resonates with the spirit of any festive season, whether one is religious or not.

The former socialist states under the control of the Soviet Union tried to suppress Christmas as part of their attempt to destroy Christianity itself.  Of course Christmas is too deep rooted in our tradition to be so easily airbrushed from the collective consciousness. So instead, Communist regimes such as that in Hungary tried to replace it with the celebration of the Fir Tree and a rehabilitated Santa known as the Winter Father. Under Rakosi in the 1950s, Christmas Day itself was designated a normal working day, and replaced by a celebration of Stalin’s birthday on December 18.

In any event the Yuletide opportunity to engage in some seasonal opulence and bon viveur was severely curtailed by the grim nature of socialism for all but the party and state elite. The Fir Tree was supposed, according to the commissars, to be decorated with a chocolate fondant known as szaloncukor but in many years this was impossible as there were shortages as there were of everything else. One Hungarian shoe factory once produced tens of thousands of shoes that only fit the right foot.

The Nazis likewise attempted to eradicate the Christian festival and to replace it with Julfest which was rooted in their myth of the pagan origins of the Aryan race. They claimed that Santa Claus was a Christian distortion of the Norse god Odin. Interestingly, one of the names chosen by the Nazis to replace the Christbaum was also the Firbaum.

In totalitarian China, a country that regards Senator Warfield’s party as a good friend and which is singularly immune from Fintan’s otherwise all encompassing outrage at injustice, the Xi regime has targeted Christmas as part of its crackdown on all religious expression. Christmas had been for some years, as many western liberals would like it to be, a purely commercial event tied to the expansion of what Roger Scruton described as China’s “gangland capitalism,” but even that has been decided to be too ideologically suspect given its Christian associations.

So Warfield is following in a long tradition of often totalitarian attempts to turn Christmas into something it is not. Of course, Warfield like the vast majority of Sinn Féin is no more of a Marxist than the Winter Father. If he believes that he is, then it is the faux post-socialist Marxism of lefties who have replaced the class struggle and the flawed theory of collectivism, for ultra liberalism based on individual or group identity. It has nothing to do with improving the lives of working people who the woke left hate for their refusal to embrace their post-modernist nonsense.

I once had the bizarre experience of sitting in Leinster House being briefed on why proposing to lower the corporation tax by the then Sinn Féin/DUP coalition was a good thing by a chap I had seen wearing a Che Guevara tee shirt. Of course Che’s idea of diversity was to have anyone who transgressed against his brutal simplicities – and he was particularly down on gay men – shot or send to the torture camp of Isla de Pinos

Sinn Féin have swung rapidly from a pro life stance to embracing one of the most radical positions on abortion of any democratic party. Marx never wrote anything about abortion but the rationale for it given by some of his modern day followers illustrates just how far down the rabbit hole of pseudo intellectual obscurantism the far-left has burrowed.

So while Warfield’s Marxist Christmas card is one level just a bad joke, it does tell us something about where large elements of Sinn Féin stand in the war against western tradition and culture. But we knew that already from their escalating rush to the forefront of the deracinated woke movement.

The Christmas card from Fintan Warfield also included verses written by James Connolly. The current Sinn Féin representation don’t seem to understand much about the man. It might be why it seems hard for them to distinguish between a jolly Santa Claus and a grim political theorist advocating perpetual class conflict, as opposed to actually improving the lives of ordinary working people.