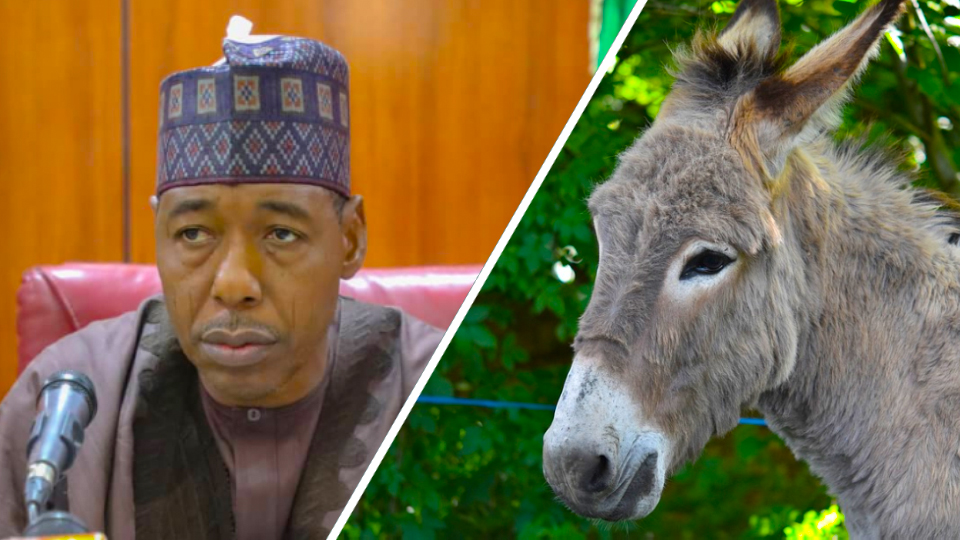 Nigerian Governor Babagana Zulum was ambushed by a Boko Haram splinter group on Sunday when a donkey strapped with explosives detonated in the street.

Zulum had been accompanying several hundred townspeople back to their old homes in the town of Baga, which they had fled in 2014 after the region suffered a spate bloody jihadist attacks. On his way back to his state’s capital, Maiduguri, his convoy encountered a donkey on the road, which was shot at by accompanying soldiers. Explosives strapped to the donkey then detonated, and a shootout ensued between a number of Islamist militants who had been waiting in ambush, and the governor’s convoy.

Several insurgents were killed, but no Nigerian military forces were injured apart from a few damaged vehicles, reports have claimed.

It was the second attack on the governor’s life in a week, with another ambush being launched on his way to the Lake Chad area two days prior. Around 18 people were killed, including 14 police and military personnel, and 4 civilians.

The governor said last week that the state was not financially capable of providing for all the people displaced by Islamist violence, and that they would have to return to their home towns and villages to live “dignified” lives. However, several international aid agencies have expressed concern about safety for affected communities, the BBC has claimed. Some have claimed that returnees will be left exposed, as Boko Haram has increased the frequency of their attacks in recent months.

The attacks are believed to be attributed to ISWAP (Islamic State West Africa Province), which is a Boko Haram splinter group.

In the past decade Boko Haram and its related groups have killed over 30,000 people according to the United Nations, and displaced almost 3 million from their homes and villages.