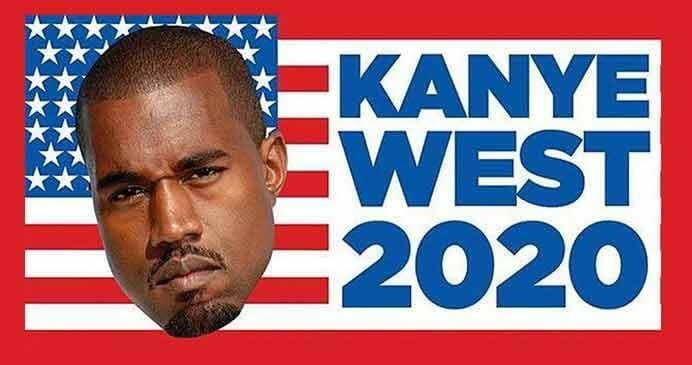 Kanye West for President? Come off it. There’s no way they’re going to elect a loudmouthed celebrity with a big twitter following and no prior political experience, is there? They can’t? Can they?

We must now realize the promise of America by trusting God, unifying our vision and building our future. I am running for president of the United States 🇺🇸! #2020VISION

The single biggest thing going against him, believe it or not, isn’t that he’s a pop star with no experience, since we’ve long since established that these things don’t matter much. It’s more practical: He’ll probably find it impossible to get on the ballot:

It is too late for West to get on the ballot as an Independent in some states. He’s missed the deadline in Indiana, Maine, New Mexico, New York, North Carolina, and Texas, according to Ballotpedia. This is why West’s tweet announcing a presidential run looks like just another whim being voiced. Those states and their electoral votes would be important to a serious candidate.

Yes, you probably can’t win the US Presidency without winning one of New York or Texas, and he won’t be on the ballot in either state.

But on the other hand: None of the states above, with the exception of North Carolina, are swing states. West might still be on the ballot (assuming he’s even halfway serious) in Pennsylvania, Ohio, Florida, Wisconsin, Michigan, and Arizona – all states which are crucial to deciding whether Mr. Trump or Mr. Biden ultimately triumph.

A popular black celebrity running hard on the question of whether black lives matter? Mr. Biden has much more to fear from that than President Trump does.

My guess: He won’t follow through. You need a massive organisation to even think about running for President in a single US State, let alone to get on the ballot in lots of swing states. We’re talking tens of millions of dollars to collect millions of signatures from voters, in not a lot of time. And even if he gets on the ballot, he’ll likely lose, and losing would be pretty bad for the Kardashian-West brand.

But then again, it’s America. Anything can happen. And usually does.