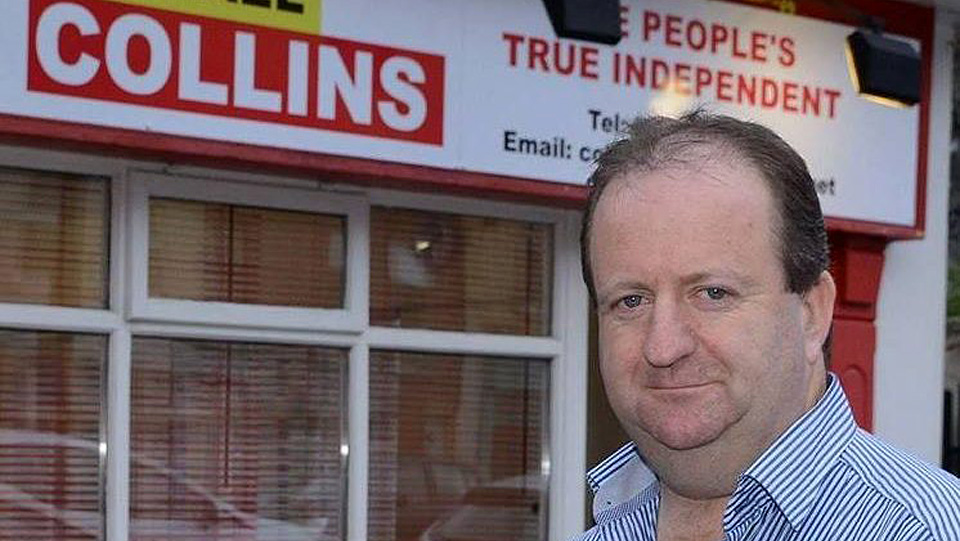 Michael Collins TD’s comments have been branded as “very dangerous” after he said he Ireland needs to look after its own people first, especially those who were homeless and hungry.

The Cork South West Deputy came under fire from Labour leader Brendan Howlin after he discussed direct provision and immigration on C103 Radio.

Commenting on the remarks made by Galway TD Noel Grealish last week at a public meeting in Oughterard, Deputy Collins said there are “Irish people homeless on the streets begging for food, begging for money.”

“I’m just there saying how are we talking about bringing so many thousand people maybe into this country and providing hotel rooms and everything when we haven’t looked after our own people. Why are our own people hungry in the street?” he went on.

The TD said Ireland needed to resolve problems with homelessness and poverty before increasing the number of migrants entering the country.

“Look after our own people first and then when that issue is sorted, let’s start looking at people from across the world,” he said.

When asked about the use of the word ‘sponging’, Deputy Collins said that sometimes in the heat of the moment people used words that were ” a bit strong”, but he defended Noel Grealish’s stance on the issue, saying he believed the Galway TD was highlighting the fact that local communities were not being consulted about the set-up of direct provision centres.

The Independent reports that Labour leader, Brendan Howlin, branded comments by both deputies as “very dangerous”, warning against “very right-wing views that “would divide communities”.

However, Mr Collins denied his views could be depicted in this way.

“Don’t anyone tell me that I’m racist because – that’s what’s going to be thrown out at me because I have a slightly different view point,” he said. “We’re losing who we are and we shouldn’t be ashamed of who we are. I’m not ashamed of who I am”

““I don’t say that we should lock the doors and not bring in people. I’m just saying we don’t bring in the influx or the heavy influx of people into local and rural communities.”

He also slammed the system of direct provision centres saying that immigrants living in were not being treated well.

The Phoenix sacks Deputy News Editor as she lies ill, tries to replace her with unpaid intern