Media’s parroting of Chinese spin on Hong Kong is shameful 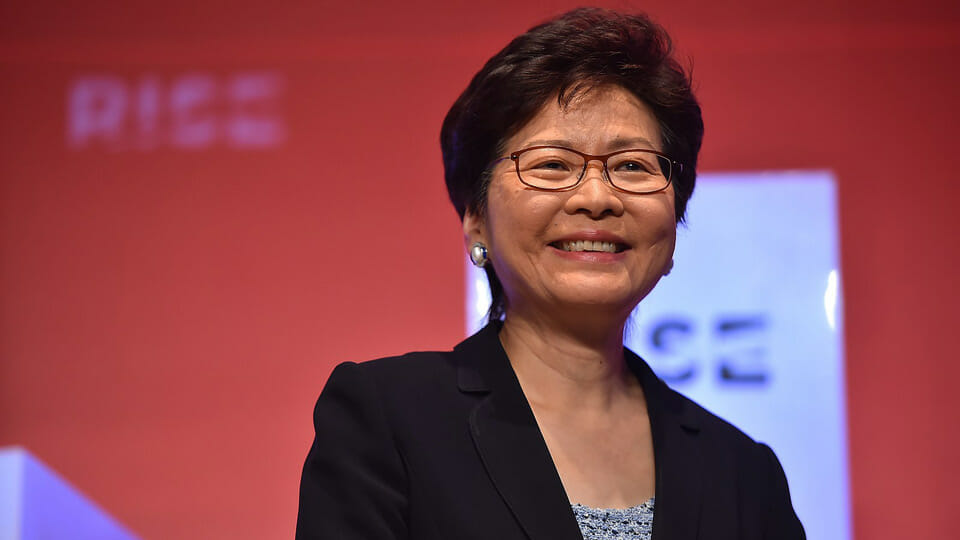 This week, police in Hong Kong increased their brutal and often violent treatment of pro-democracy protesters.

Yet this is what Sky News reported. 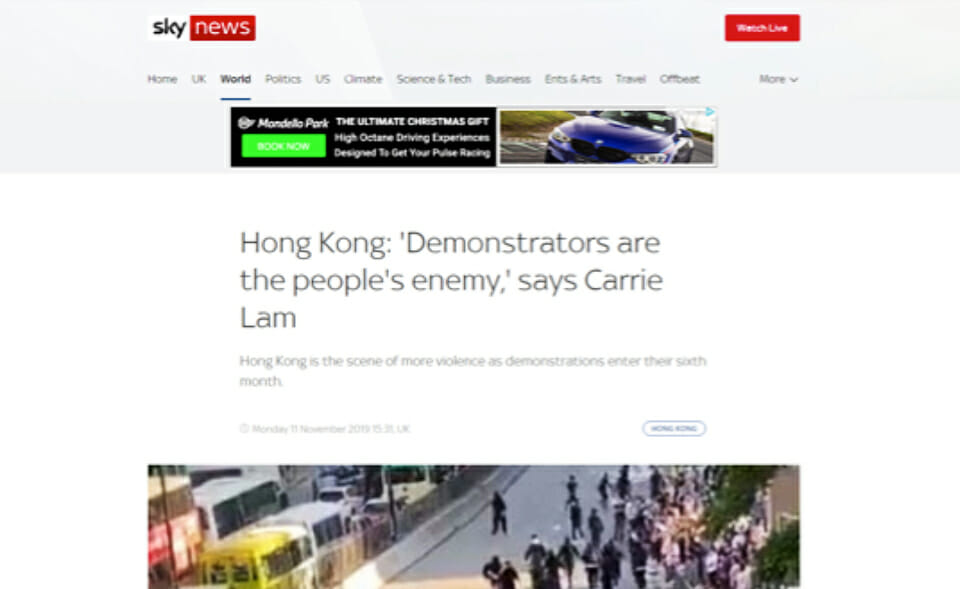 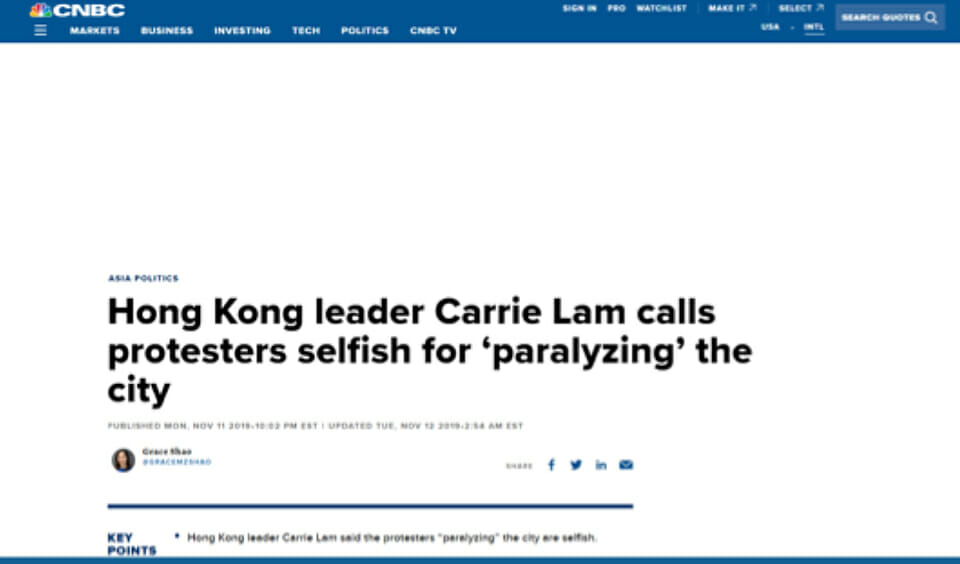 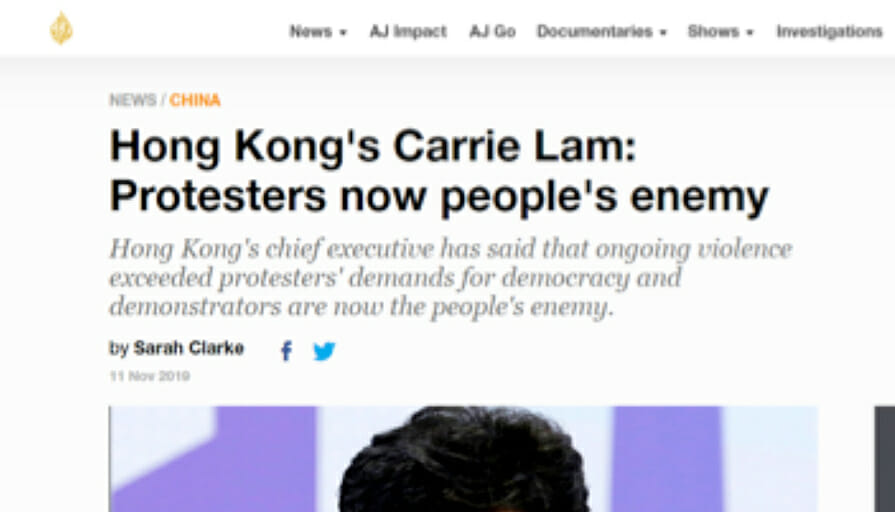 Carrie Lam is the chief executive of Hong Kong and a tool of the repressive Chinese government, who have abused the human rights of their citizens for decades.

Yet the west’s media sees fit to run her accusations as a headline in its reports on Hong Kong.

The protests that have gripped in Hong Kong entered their sixth month. The protesters, many of whom are young and idealistic, show no sign of backing down.

The demonstrations were originally sparked have been sparked by attempts by Lam’s administration to force through a bill that would have permitted China to extradite citizens from Hong Kong to the mainland for alleged criminal charges. Protestors say it was a bid to allow the Chinese Communist Party to round up political dissidents and deny a fair trial.

Chinese president Xi Jinping has publicly threatened the protestors, saying any attempt to break free of China would end in “bodies smashed and bones ground to powder”.

Given the repressive and brutal nature of the Chinese regime, the protestors are showing great courage. While any excesses by the demonstrators must also be reported, simply parroting the claims of Communist China as headline news can only serve to enable an authoritarian regime.

Those bravely standing for freedom in Hong Kong deserve better from the supposed free press in the west.

The Irish media knows nothing about America, and doesn’t want to learn