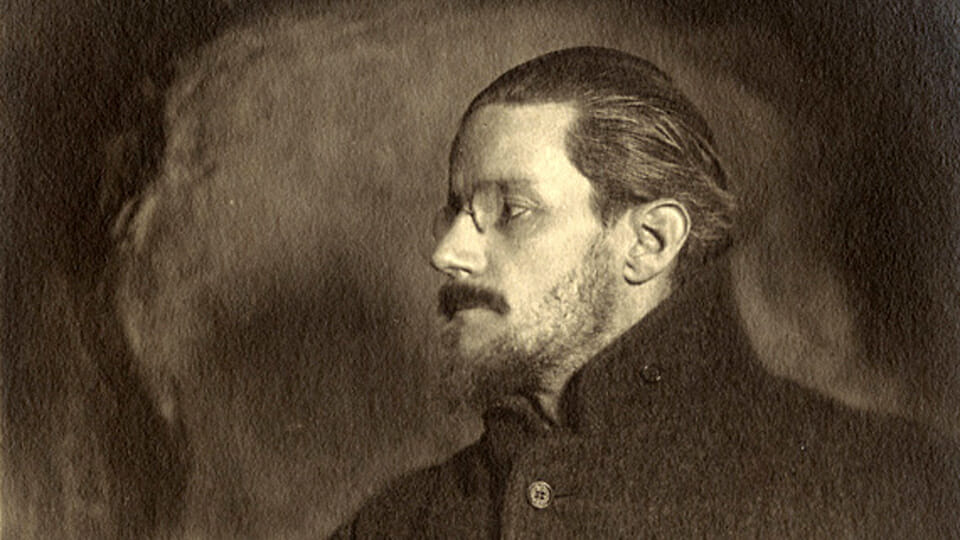 Given that today is Bloomsday, perhaps it is timely to point out that there has been as much arm chancery about interpreting his politics as there is about many other things Joycean.

The only real clue from his written work is that his family were Parnellites who stood by the Chief after his downfall. “He was for Ireland and Parnell and so was his father,” declares the young Stephen in A Portrait of the Artist as a Young Man.

In an interview with the Guardian a few years back the former Labour leader Jeremy Corbyn attempted to claim Joyce for his team. The piece had claimed that Joyce had been an “active socialist” and Corbyn opined that “many of those who fought in the Easter Rising were first and foremost socialists rather than nationalists.” The word he was looking for was “some.”

Joyce had attended some meetings, presumably of the Socialist Party, but according to Ellmann any active interest ended when he became fed up with the sectarian squabbling and irrelevancy of the tiny party before 1907. He does appear to have called himself a socialist for a time after that and espoused a vague anarchism.

Even a 1977 piece by his foremost biographer Richard Ellmann and a 1980 book by Dominic Manganiello that focused on Joyce’s politics leave us little the wiser. We do know that Joyce had a close interest in the nationalist and cultural politics of the period and had Griffith’s newspapers sent to him when he moved to Trieste. Attempts to incorporate him into some simplistic anti national myth that would have Joyce as a proto revisionist are ludicrous.

Joyce wrote nothing about the 1916 Rising but there are anecdotes which suggest that he was sympathetic, and he knew some of the participants; particularly George Clancy who taught Joyce Irish for a time and who was later the Sinn Féin mayor of Limerick and who was murdered by the British in 1921. He also knew Arthur Griffith.

Indeed, Colum Kenny’s biography of Griffith published earlier this year provides a fascinating insight into Joyce’s relationship with Griffith, one that has been given little attention by Joycean scholars themselves.

Joyce bought Griffith’s pamphlets and was a regular reader of Griffith’s newspapers, Sinn Féin and United Irishman. Joyce considered Griffith to be the preeminent Irish journalist of the time. In Ulysses Leopold Bloom quotes favourably Griffith’s disparaging reference to Freeman’s Journal support for Home Rule, a reference that some have interpreted bizarrely as evidence of Joyce’s anti nationalism. Joyce actually shared Griffith’s view that Home Rule as it was proposed would merely constitute a redrawing of a subservient relationship with Britain.

Griffith publicised Joyce’s essay ‘The day of the rabblement’ which was an acerbic comment on the literary revival led by Yeats and Lady Gregory. Joyce did not sign the letter of protest against Yeats’ play The Countess Cathleen when it was performed in 1899 but he did attend in the company of fellow UCD students who were to the fore of the protests.

Joyce’s opposition had to do with what he regarded as an embarrassingly artificial view of the Irish people and that was shared by many nationalists, although Griffith approved of the play’s anti-clerical references. Griffith did share Joyce’s dislike of Synge’s 1907 play The Playboy of the Western World. Griffith claimed Synge’s peasant dialogue was “brogue and balderdash” while Joyce who no doubt concurred saw it as another example of the stage Irishry of the theatre movement in general.

Ellmann claims that Joyce for a time was a Sinn Féin supporter. In 1906 Joyce said that he regarded Sinn Féin as  the best option for Ireland in the absence of any prospect of the advance of socialism. When he lived in Trieste, Joyce wrote pieces for the local press that were favourable to Sinn Féin.

In 1911 Griffith published Joyce’s letter on the refusal of publishers here to take his short story collection Dubliners. Griffith, himself often a target, objected to censorship in general. Joyce met Griffith in 1912 to seek advice on the same matter and praised Griffith in a letter to his brother Stanislaus.

In 1920, he referred without comment, to rumours that some thought he was a republican emissary or spy. Joyce’s sole literary comment on the war period was to express his sympathy for Terence MacSwiney who died on hunger strike in October 1920, who is the subject of a poem he sent to his brother.

The poem, The Right Heart in the Wrong Place, contains the lines:

The pride of old Ireland must be damnably humbled

If a Joyce is found cleaning the boots of a Rumbold

The Rumbold in question had been British minister in Zurich in 1918 and had crossed swords with Joyce who portrays him as a hangman in Ulysses.

Ulysses was published in February 1922 not long after the Treaty was ratified and Joyce appears to have been more sympathetic to the Free State side, perhaps due to his regard for Griffith. Desmond Fitzgerald mentioned that the new government was considering nominating Joyce for the Nobel Prize for literature. Yeats actually won the prize in 1923.

The attempts to co-op Joyce into the anti national camp have thrown up some curious ahistorical statements. Felix Larkin who used to run the Parnell Summer School claimed that Joyce shared ” … the resentment felt by the elite generation of the Irish bourgeoisie with whom he had attended University College Dublin at being deprived of the power and influence that; but for the 1916 Rising, would have been theirs in a Home Rule Ireland.”

Joyce had almost nothing in common with the sort of people Larkin would lump him in with; the Castle Catholics who in any event did have power and privilege in the new state, despite their having for the most part sat out the struggle.

Joyce was a dissident, they were not. As Kenny points out Joyce had an affinity with intellectuals like Griffith who rejected both colonialism and the narrow parochialism. not nationalism, of the Dublin bourgeoisie, whose soul mates are still in power and even yet dominate a stifling faux cosmopolitan media. Pearse and other revolutionaries like Kevin Barry were also UCD students it should be recalled.

Joyce then was clearly someone who was sympathetic to Irish nationalism. He was of course critical of many aspects of Irish life, which is the role of serious writers. Not to be nodding dogs in the back window of whoever happens to be dispensing the heritage grants, tenure, TV and radio slots and bursaries.