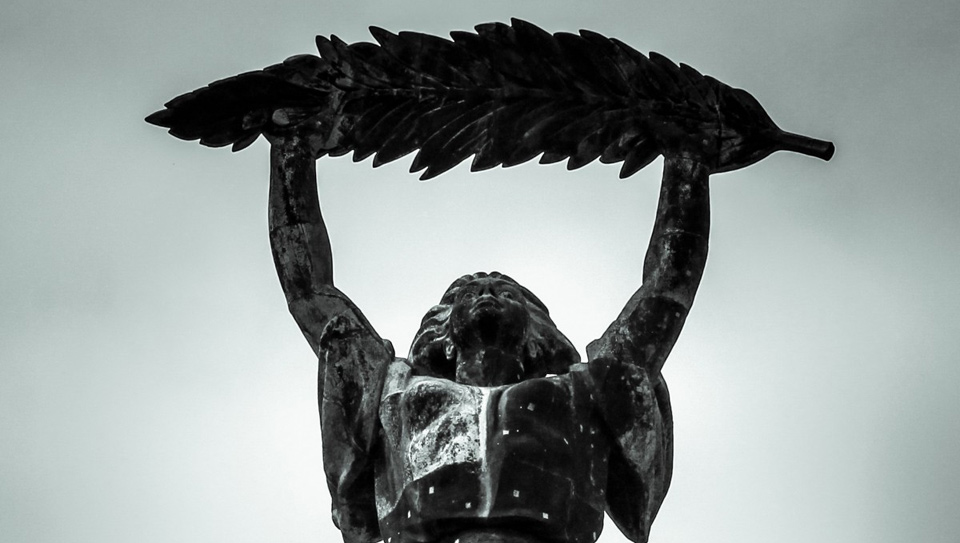 Sixteen European political parties, including some who are in government, have launched what they call a ‘Manifesto for Freedom” saying the EU is “becoming a tool of radical forces” who aim to build a “European superstate” to cancel “European traditions” and ‘transform moral principles’.

The context of the document is the recent attempt by the EU – with the support of all the Irish parties represented in the EU Parliament – to force Hungary to adhere to EU decrees rather than its own national laws, as passed by its own democratically elected parliament. Indeed, the issues which it focuses on are similar to those contained in the Hungarian statement which the Irish Times refused to publish as a paid advertisement.

The statement recognises that European co-operation was a positive factor in the context of the reconstruction after the Second World War and the former Soviet threat, but argues that more recent developments have hastened the creation of a centralised federal super state in which the national sovereignty of individual states is increasingly sought to be overridden.

It reminds readers that the founding principles of the EU were fundamentally based on the concept of subsidiarity. Which is the agreement that all decisions be taken at the lowest possible level of competence. Not that all meaningful decision making be drawn into a centralised bureaucratic vortex.

The Manifesto pulls no punches with regards to the crisis in which it claims now faces Europe.

“The EU is increasingly becoming a tool of radical forces who would want to carry out a cultural, religious transformation and, ultimately, a construction of Europe without nations, with the aim of creating a European superstate, destroying or cancelling European tradition, transform basic social institutions and moral principles,” it says.

It points to what it calls an “ideological monopoly” that is driving this from the centre – a good example in this country being the complete agreement of almost every Irish political party and institution on its core “values” – and argues that there must be a clear alternative to this.

Central to that alternative, the statement argues, is the need to recognise that: “At a time when Europe is facing a severe demographic crisis with low birth rates and an aging population, pro-family policy making should be a response rather than mass immigration.”

You don’t need to agree with every aspect of governance to recognise that Hungary and Poland have rightly tailored domestic economic policy towards the needs of young working families who are offered considerable assistance in being able to acquire their own home. The entire thrust of housing policy in other parts of Europe, including Ireland, is directed at high rise high density one and two bedroom apartments clearly designed to cater for a transient population and non-family units. The social implications of this will be disastrous. That is not a theory. It is proven by the experience of other countries including our nearest neighbour. Along with that comes all the other joys of social anomie and degeneration.

While the statement calls for a fundamental reform of the basis of a union between European states, its references to the evident desire on the part of the Commission to “transform the Union into a special form of oligarchy” which increasingly attempts to override and threaten national governments, does not appear to hold out much hope for that project to be turned around.

The fact that the main movers behind the Manifesto are the governing parties of Hungary and Poland, as well as electorally powerful conservative parties in other countries, demonstrates that there is a perception that the struggle for Europe needs to take on a more radical and popular form.

Indeed, the reference to the motivation to refuse to bow to Brussels on all matters indicates that the signatories believe the governing ideology that prevails in the Commission and across almost all of the ruling parties in the EU has to be challenged among the peoples of Europe. It is not simply something to be contested within the Gormenghastian web of EU bureaucracy and unaccountable committees the statement contests

As one of the countries that has in the recent past initially rejected the expansion of EU centralisation as proposed in the Nice and Lisbon agreements – before being made vote again – Ireland needs to become part of what is a European-wide questioning of where the EU is going. And, in the aftermath of the EU backed bailout and the landing of another massive unpayable debt to address the Covid crisis, the blind adherence to “Europe” no longer has, or should have, the same validity.

Most importantly, as the Manifesto suggests, Europe is far more than a left-liberal political project – ironically driven by what that same left would once have considered to be the interests of corporate capital. It is a shared geographical space occupied by peoples with greatly varying and often conflicting histories.

To have a structure that facilitates economic co-operation and the peaceful resolution of potential conflicts makes sense. As supporters of the original EEC like De Gaulle and others realised, however, that could not be at the expense of national sovereignty or indeed of national cultures.

All of Europe culture, including our own, has deep and unique roots in a commonality. Central to that was the creation of a Christian civilization which, far from being the obscurantist and reactionary impediment to respect for human individuality and dignity imagined by the liberal left, was its very bedrock. No other world culture placed or places those values at the centre of its view of the world.

Europe has survived the past external onslaught on it by barbarian gangs, which led to the contraction of European civilization in the ‘Dark Ages’. It has also overcome the internal assault by Communist and Nazi collectivism and statism. The new enemy is perhaps some rough beast combining the worst aspects of all of these. With a Woke corporate logo tattooed on its forehead.

Joint Declaration on the Future of Europe: A Manifesto for the Freedom of Nations

The turbulent history of Europe, especially in the last century, brought many misfortunes. Nations that defended sovereignty and territorial integrity against aggressors have suffered beyond human imagination.

After World War II, some European countries had to fight the domination of Soviet totalitarianism for decades before regaining their independence.

This independence, the Atlantic link between the EU and NATO, as well as peace between cooperating nations, are great achievements for a significant number of Europeans, giving them a permanent sense of security and creating optimal conditions for development.

The integration process has contributed greatly to creating lasting cooperation structures and to maintaining peace, mutual understanding and good relations between States. This work must be maintained as an epoch-making value.

However, the series of crises that have shaken it in the last ten years have shown that European cooperation efforts are faltering, mainly because nations feel that their right to exercise their legitimate sovereign powers is being taken away from them little by little.

The European Union needs a profound reform because today, instead of protecting Europe and its heritage, instead of allowing the free development of European nations, it is itself becoming a source of problems, anxiety and uncertainty.

The EU is increasingly becoming a tool of radical forces who would want to carry out a cultural, religious transformation and, ultimately, a construction of Europe without nations, with the aim of creating a European superstate, destroying or cancelling European tradition, transform basic social institutions and moral principles.

The use of political and legal structures to create a European superstate and new forms of social structuring is a manifestation of the dangerous and invasive social engineering of the past, which must elicit legitimate resistance. The moralistic over-activity that we have seen in recent years in the EU institutions has led to a dangerous tendency to impose an ideological monopoly.

We reaffirm our belief that the family is the basic unit of our nations. At a time when Europe is facing a severe demographic crisis with low birth rates and an aging population, pro-family policy making should be a response rather than mass immigration.

We are convinced that the sovereigns of Europe are and will continue to be the nations of Europe. The European Union has been created by these nations to achieve objectives that can be achieved more effectively by the Union than by individual Member States.

Through a constant reinterpretation of the Treaties by the institutions of the European Union in recent decades, these limits have been significantly shifted to the detriment of the States. This is incompatible with the fundamental values ​​of the Union and leads to a decrease in the confidence of European nations and their citizens in these institutions.

To stop and reverse this trend, it is necessary to create, in addition to the existing principle of attribution, a set of inviolable powers of the Member States of the European Union and an adequate mechanism for their protection with the participation of national constitutional courts or equivalent bodies.

All attempts to transform the European institutions into bodies that prevail over the national constitutional institutions create chaos, undermine the meaning of the treaties, call into question the fundamental role of the constitutions of the Member States, and the resulting disputes over competences are resolved, in fact, by brutally imposing the will of the politically stronger entities on the weaker ones. This destroys the basis for the functioning of the European community as a community of free nations.

We believe that consensus must remain the basic means of reaching a common position in the Union. Recent attempts to circumvent this procedure or the ideas of its abolition threaten to exclude some countries from influence in decision-making and to transform the Union into a special form of oligarchy. This could lead to the de facto incapacitation of national constitutional bodies, including governments and parliaments, reduced to the function of approving decisions already taken by others.

In the member countries there continues to be an overwhelming desire to cooperate, and a spirit of community and friendship permeates the nations and societies of our continent. It is our great capital.A reformed Union will make use of this capital, while a Union that rejects reform will squander it.

That is why today we address all parties and groups that share our points of view with this document as a basis for a common cultural and political work, respecting the role of current political groups.

Let’s reform the Union together for the future of Europe!

Fawlty Towers, but not Frankie Boyle: The hypocrisy of the PC Crusade

Anti-Trump Republicans Mostly Neo-Cons and Hawks, So Why Do The Media Love Them?