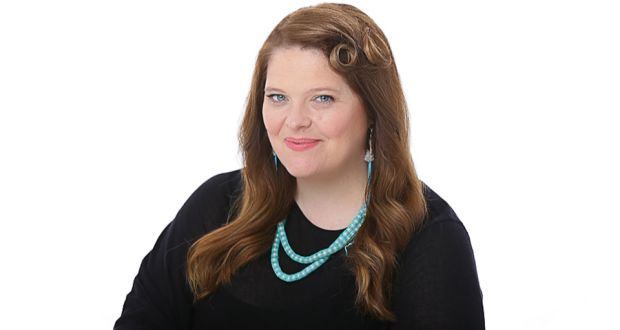 It is not unfair to say about Irish Times columnist Roisin Ingle that she is a doctrinaire progressive left winger on almost every issue under the sun. Those of you who followed the abortion referendum, for example, will recall that she was one of the leading campaigners, in the media, for a yes vote. To many liberals, she is a feminist heroine.

Or at least she was, until yesterday, when she retweeted an article by British feminist writer Suzanne Moore:

This is one of the best pieces on class, journalism, feminism & more that I’ve ever seen. One of the finest, most thought-provoking articles I’ve ever read full stop. Some of it resonates deeply, parts are challenging. Good luck @suzanne_moore with whatever comes next #MustRead https://t.co/FJON2nanCF

Moore’s article outlines how she (Moore) feels that her career was damaged, and she was forced from her job at the Guardian newspaper, for refusing to agree with trans rights activists. She also writes about the abuse she received for refusing to toe the line on the issue:

“Yet the abuse I got over the trans issue was different,” writes Moore, “and worse than anything that had come before. Social media was beginning to flex its muscles. It was a mindfuck. Twitter was full of people telling me how they were going to rape me, decapitate me, ejaculate inside my head, burn me.”

It’s a very long article. And Ingle’s decision to retweet it has….. not been received well, by the usual suspects:

That Róisín Ingle tweet in support of Suzanne Moore is very concerning. Hopefully
a) the criticism she's getting doesn't make her double down
b) her non-transphobic friends are talking to her about it privately

I must say, even in 2020, I did not see @roisiningle supporting transphobia coming.

It's disappointing to see you share such a blatantly anti-trans piece, Roisin. Right down to the Soros stuff so many of us faced during repeal!

Ireland is far from perfect, but our feminism is trans inclusive and we've had the GRA since 2015 without women's rights being eroded.

Róisín, as one who hugely respects your journalism and inclusive feminism, I am genuinely shocked at this endorsement of transphobia. People’s lives are not a topic for debate. Suzanne and her pals are doing real damage to people who want to get on and live their lives.

Roisín, I am frankly horrified to read your post. The first half is a long, well written account of being a woman journalist – and fair enough, I’d expect any woman writer to identify. But – the second half is ridiculous and dangerous rant of trans panic, plain and simple.

Roisín, I have read your articles in the @IrishTimes over the years. I've laughed. I've cried. But never disappointed, until now.
Your retweeting this is a slap in the face of the Irish community that has supported you.
I always thought you an ally.

There’s very much more than that. Those are just the examples that are fit to print on a family website.

It’s worth noting at this point that Ingle didn’t even endorse the contents or conclusions of the article. All that she said was that it was “thought provoking” and “challenging”.

One wonders what kind of tweets she might be getting if she had said she agreed with Moore’s conclusions.

The toxic nature of the debate around transgender issues will not come as a surprise to our readers, but incidents like this one, regrettable as they are, might make some more liberal-minded people, you’d hope, start to take notice of the intolerance which is now intrinsic to much of Irish public life. Yours truly, for example, has lost count of the number of prominent, broadly liberal, Irish people who have expressed a genuine fear of airing their opinion on this subject because of abject terror about the likely reaction on social media.

Just this week, Amnesty Ireland and the Irish Women’s Council – two of the most powerful bodies in Irish society these days – signed onto a letter which demanded that those who air opinions like Suzanne Moore’s “be denied representation”. In other words, no matter how much of an ally you have been to them in the past, they will not lift a finger to defend you from the mob if you dare to disagree with them on this one issue.

This is deeply toxic. It is an attack and an assault on intellectual curiosity, political debate, and an open society. It is a conscious attempt to stifle free discussion, and punish those who question.

It is designed to intimidate. Indeed, a major reason for the attacks on Ingle is “pour encourager les autres” – to ensure that anyone else who might think about stepping out of line sees what the consequences might be, and thinks again.

It is, in other words, bullying. These people are bullies, and they are consciously employing it as a strategy.

It might be hard for some Gript readers to have sympathy with Ingle, but it’s important to observe what’s happening to her, and resolve to stand up for freedom of speech for everyone.