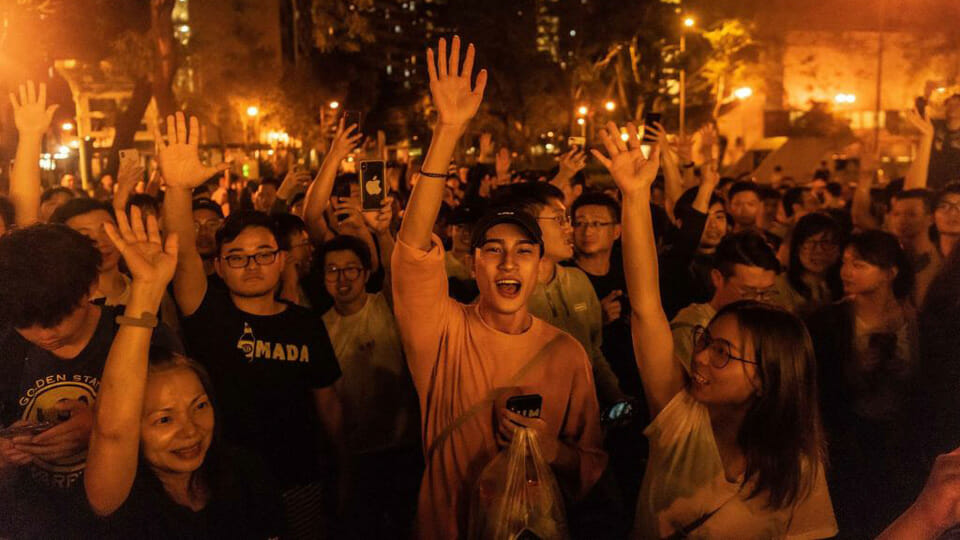 Local elections in Hong Kong, the first since the wave of protests began six months ago, have seen massive gains by pro-democracy candidates.

Hong Kong media reports suggest that 17 of the 18 local councils now have a majority of pro-democracy councillors.

Nearly three million people votes – doubling the turnout in the last election four years ago. With some 90% of counts completed, tallies suggest that the pro-Chinese candidates will only hold 10% of the seats.

While local councils do not wield significant power, the election was seen as a referendum on the protests that have rocked the region all year,  as residents fought back against attempts by the Chinese authorities to quell pro-democracy and pro-freedom demonstrations.

The stunning result is a sharp rebuke to the administration of Carrie Lam and her government, widely seen as tools of the Chinese authorities.

The increasing violence of the Hong Kong administration towards pro-democracy demonstrators has drawn the attention, and the condemnation, of observers worldwide.

Israeli Scientists: We have discovered how people could live to 120