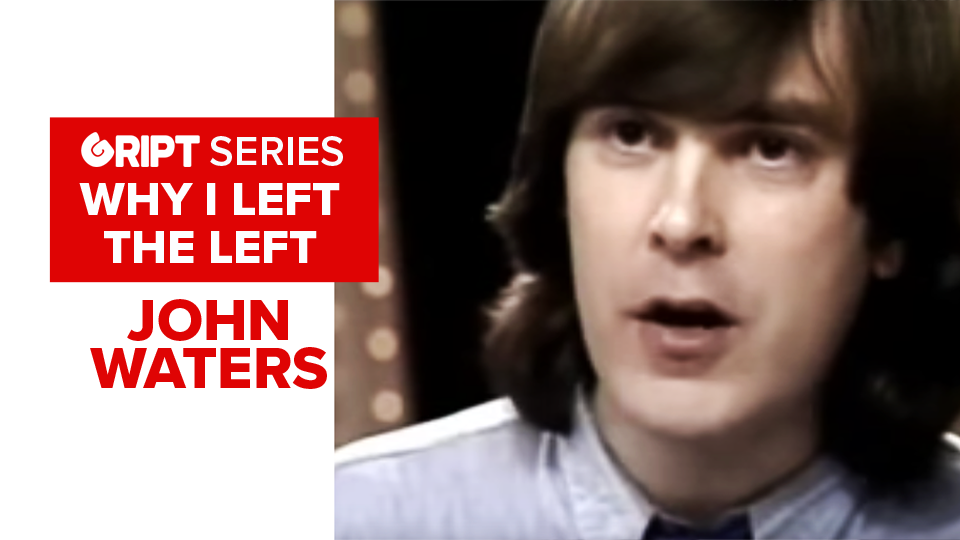 I was never a real leftie, but the more I see of of such creatures, the more I think that people who are not ‘real lefties’ may be among the most dangerous of all. I was what I would call a ‘soft leftie’, which pretty much describes 90 per cent of the Irish population right now. But I was one when almost nobody else was — everyone was a conservative, or perhaps a ‘soft conservative’.

I think I became a soft leftie in order to differentiate myself. Now, almost a lifetime later, everyone’s a soft leftie and I’m a kind of soft conservative, though not really. I feel just the same at the core of myself as I felt as a young man. As far as I can see, I’m neither left nor right — just someone who clings to common sense in a time when common sense is not very common. I sometimes describe myself as ‘alt-middle’, which at least has the virtue of giving me a category all of my own in an era, in Romano Guardini’s phrase, “clotted with catchwords’. It seems that if you do not agree to be ‘left’, you will be designated ‘right’, without choice or requirement to consent. I have never liked any of these labels, and reject them all. Even the word ‘conservative’ has become contaminated by malodorous propaganda, even though, as the great Roger Scruton has observed, everyone is conservative in the everyday things: if you are looking for a midwife at four in the morning, a belief in the value of crystals asserted on a website or Golden Pages entry is unlikely to clinch it for even the most committed ‘progressive’.

The documentary evidence of my soft leftie phase is mercifully scant. Forty years ago, I worked for Hot Press, “The World’s Most Fortnightly Rock Paper’. At that time, Hot Press amounted to pretty much two-thirds of the Irish counterculture. It was left-inclined when almost nothing else was, and that seemed right, seeing as rock ‘n’ roll was supposed to be about rebellion and challenging mainstream thinking. Nowadays, everything is counterculture, which I suppose makes me counter-counterculture, another designation I’m not entirely unhappy about. Mine was the soft leftism that comes from reading too many Billy Bragg interviews in the NME. I had also read my Orwell back to front, and was in no respect at a loss as to the facts. But being a leftie was de rigueur for a rock journalist seeking street cred, so I paid my dues and saluted in all the right places. I wasn’t especially ideologically-minded, but I subscribed to most conventional left-wing ideas about equality, redistribution and so forth, and, though I never supported abortion, held typical views on women’s rights and all that jazz.

If you were to go back through my articles of the 1980s —  something I would not recommend — you would probably find me giving occasional shout-outs to absolute lunatics and slagging off decent people who spoke nothing but common sense. That was about the height of it. But still, it was an insult to my own intelligence.

Vaclav Havel saved me. I came across a book of his essays sometime shortly before the collapse of Communism in Eastern Europe and a number of things immediately struck me. One was that Havel was the embodiment of everything rock ‘n’ roll in its essence was about, and here he was, helping topple down Communism having spent a lifetime pitted against a left-wing government. I read an interview with him once in which, in answer to a question about the tilt of his politics, he said, ‘My heart is on the left.’ I thought: Wow. He seemed to be saying what I still believed: that socialism was essentially well-intentioned and virtuous.

In 1990, after the collapse of communism in Eastern Europe, I visited Prague to cover the first post-Communist elections in what was then Czechoslovakia as a reporter for The Irish Times, which at the time was still a half-decent newspaper. In my mid-30s, I was still a left-leaning, self-styling radical. A man called Ivan became my guide and, going around Prague for several weeks, we talked a great deal about politics and life.

I was still in conventional ‘Paddy Radical’ mode, but Ivan was having none of it. Remorselessly, he outlined what socialists had done to his people and his country, how they had terrorized and slaughtered, demonized and imprisoned, how they had stultified the life of Czechoslovakia and imposed upon it what their soon-to-be President Havel had called ‘a Biafra of the spirit’.

Ivan had been given the job of cleaning up an impromptu alter constructed at the spot where the Velvet Revolution had kicked off on Narodni Street, and had found this rather quintessentially Czech way of disposing of the wax that flowed onto the sidewalk from the thousands of candles placed there by passers-by.  Using the wax, Ivan made dozens of busts of the most infamous socialist top brass: Stalin, Lenin and one of the most notorious of the local Czech breed, Klement Gottwald.  In mock tribute to the latter local tyrant, Ivan called the candles “Gottwalds’.

Our arguments continued for the two weeks I was there. I think, looking back, that I saw it as a game; Ivan did not. He remained good-humoured but very clear. On the day of my departure, he came with me to the airport, and on his knees in the taxi nursed a cardboard box, refusing to tell me what it contained. At the departure gates, he solemnly shook hands, handed me the box and waited while I opened it. Inside were a dozen ‘Gottwalds’.

Now, as we said goodbye, he looked me in the eye. ‘You must take to Ireland’, he said, ‘the heads of the socialist murderers’.  It was akin to being stuck with a dead shark. For some reason, this sentence transcended all our previous conversations, speaking for all of them and yet speaking more clearly to something deep within me.

Finally, the penny dropped. This was not a game. These guys were not cuddly icons. They were tyrants whose hands were stained with the blood of millions. It was time to stop posturing and face facts, time to rejoin the human race.

That was the day I began leaving the Left. But I had one further Damascene moment: becoming a father in strained circumstance in 1996 and discovering that, whereas I was shocked to discover that a single father had virtually no legal rights to a legally-protected relationship with his child, none of the social-justice warrior types with whom I’d been consorting over the previous couple of decades could see anything amiss or objectionable about this. Far from joining the posse I sought to form to march on Government Buildings, they tried to kick my head in the moment I started talking about it publicly.

This enabled me to see that I had begin making the right call — that we call left-liberalism is really nothing like either of its alleged constituent elements, and is certainly not ‘progressive’. In fact, left-liberalism as we have come to know it in Ireland of recent times is an ideology grounded in the falsification of the fundamental equations of justice. It advocates not merely stealing from Paul to pay Paulette, but of turning Paul and Paulette into mortal enemies. It is also a programme for repeating the claimed injustices of history in reverse. Left-liberal ‘justice’ is distributed not justly but along ideological lines,  favouring listed victims over categories — under different headings — of ‘deplorables’: unborn babies, fathers, men, Christians, white men, white fathers, straight men, white straight Christian men, straight fathers, white straight fathers, white straight Christian fathers and their unborn babies of any colour, religion or inclination.

If ever there was a road to turn back from, this was it.

Why I left the Left: Camus – the conscience of the French Left