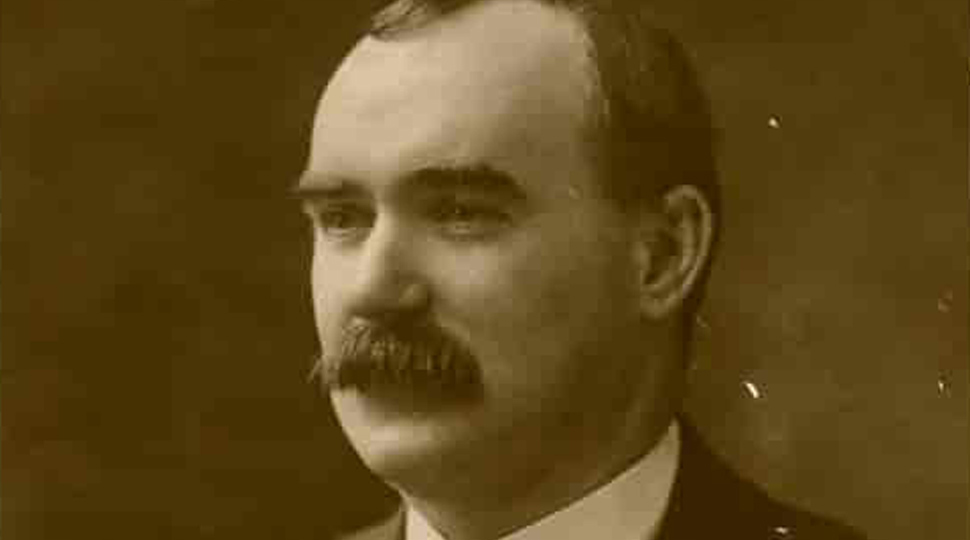 James Connolly is often cited by the current liberal left movement as an icon, even though most of them either never believed in, or have ceased to believe in, Connolly’s goal of an independent sovereign Republic based on the generally understood concept of justice.

Connolly was not a statist who advocated the replacement of private ownership with the state as the employer, but favoured co-operative ownership in both industry and agriculture. As he made clear in The New Evangel written in 1899: “Socialism properly implies above all things the co-operative control by the workers of the machinery of production; without this co-operative control the public ownership by the State is not Socialism – it is only State capitalism.” He went on to remark that if being employed by the state was the definition of socialism then, “the Judges, the Gaolers, the Informers, and the Hangmen, all would all be Socialist functionaries.”

As currently defined, socialism is bereft of any economic model other than the creation of a dependency culture based on taxation rather than proposing any alternative to neoliberal capitalism. Co-operation, as was the basis for the republican Comhar na gComharsan policy, has been jettisoned by those who are happy to co-operative with global capital just as long as they get to be the patrons of a class of state dependents in the dispensing of stuff to keep everyone happy.

The main left organisations and NGOs could not survive as they do without state subvention. Such a thing would have astounded Connolly and the founders of the ITGWU which now, as SIPTU, is a pretty much neutered cog in the system.

And lumped in with that is the compartmentalisation of society based on numerous groups classified like Hindu sects on the basis of race, social origin, sexual orientation and the alchemistic belief that people can change their biological sex – and of course become yet another competitor for state funds. All of this is accompanied by the illusion that they all share something in common other than looking for money off the The Man. What ever happened to the Commons and the abolition of distinctions, not to mention the self-government of communities?

Connolly did consider himself a Marxist and was obviously influenced in his writings, particularly in Labour in Irish History, by the Marxist view that history was largely or even exclusively the outworking of conflict between classes. This was not in itself particularly innovative on the part of Marx as even the histories of ancient Rome by classical authors such as Tacitus described how the conflict between the Patricians and Plebians was at the heart of much of how the Roman Republic evolved.

Most Marxists, including most leading trade unionists and left wing leaders of Connolly’s generation who, unlike him, lived to see the triumph of Leninism, quickly rejected it unless they were unfortunate enough not to have that opportunity like the entire non-Bolshevik left in Russia and its satellites. Those Marxists such as Karl Kautsky who had been regarded as the intellectual and political successors of Marx and Engels were abused by the Bolsheviks and their supporters murdered and sent to camps.

Of course no-one can say what Connolly’s attitude to the Bolshevik dictatorship might have been, but there is no evidence to suggest that he was ever sympathetic to any form of mass terror and repression.

There is also no evidence that would point to Connolly sharing in the modern left’s unquestioning approval of mass immigration and the undermining of traditional family and other models of how a proper functioning society ought to operate. Indeed, Connolly’s recorded attitude to immigrants in the minutes of the Dublin Trades’ Council, including those Belgians proposed to be moved here during World War I, was that they posed a threat to the already precarious conditions and wages of Irish workers. The scabs who came from Liverpool and Glasgow to break strikes in Dublin and Belfast were economic migrants if it came to that. And those who had them “thrun into the Liffey” weren’t on the “far right.”

The threat of mass immigration to the “native” working class and community does not even feature within the current left discourse which seems to take no account of the illogicality of taking in large numbers of people while claiming to be able to balance all of this with the demand for housing and even trade union membership. It is a dialectical conundrum that none of the doctrinaire left even deigns worthy of discussion, let alone how it might be resolved.

Connolly was well known internationally for his polemic with the American Marxist Daniel De Leon who promoted what many socialists then and later – and which would now be cited as evidence of their being “far right” – described as “petit bourgeois liberalism.”

In 1904 Connolly wrote a number of pieces in New York upholding against proposers of the destruction of all forms of established morality, his own view that “the tendency of civilisation is towards its perfection and completion, instead of towards its destruction.” (The People, April 1904) He went on to state that questions regarding the family, divorce, children and so on would be just as much subjects of contention in a socialist republic as they were at that time.

Peadar Tóibín and others were forced out of the largest left party here for more or less stating the same thing with regards to abortion, support for which has become a left sine qua non as it once was among totalitarian eugenicists motivated by the desire to use abortion to liquidate the socially and racially unfit.

Connolly also declared that “I have long been of opinion that the Socialist movement elsewhere was to a great extent hampered by the presence in its ranks of faddists and cranks, who were in the movement, not for the cause of Socialism, but because they thought they saw in it a means of ventilating their theories on such questions as sex, religion, vaccination, vegetarianism, etc., and I believed that such ideas had or ought to have no place in our programme or in our party.” (The Socialist, June 1904)

Not only would the above have merited a “calling out” and maybe a “no platforming”, but the following might even earn a social media threat of a beating from the “anti fascist” Woke: “Socialism was compatible with the greatest intellectual freedom, or even freakishness. And that, therefore, we were as a body concerned only with the question of political and economic freedom for our class. We could not claim to have a mission to emancipate the human mind fromall errors, for the simple reason that we were not and are not the repositories of all truth.”

On a more serious note, it is difficult to imagine that Connolly had he remained faithful to that view, would have regarded the monstrous tyranny established by the Bolshevik coup and subjected on hundreds of millions of people over the past century with favour. As Proinsias Mac an Bheatha wrote in his 1964 biography of Connolly:

Connolly also rejected the proposition that the working class movement ought to adopt militant atheism, or to turn confrontation with religion; whether it was Christian, Jewish, Islamic, or one of the eastern traditions, into a frontline issue for the working class movement. Something which he realised was confining the American Socialist Labour Party of which he was a member, and De Leon the main leader, to an ultra left sect which alienated a large number of those to whom it ought to have been appealing.

In his 1910 polemic with the Jesuit priest Fr. Kane, collected as Labour, Nationality and Religion, Connolly rightly criticised the Church leadership in Ireland for having taken the side of the colonial administration at times, and for not being more forthright with regard to the appalling conditions of working people.

Elsewhere he contrasted that with the fact that Catholicism in Ireland was the religion of the dispossessed and inextricably linked to the strivings of the Irish people for slavery. It is ironic indeed that Sinn Féin which claims the mantle of Connolly and the struggle against the vestiges of colonialism ought to play down the origins of the Provisionals in the defence of northern Catholics.

It also attempts to airbrush from the collective memory the “foundational Provos” rejection of what they termed “atheistic Communism.” Curiously an actual Communist, C. Desmond Greaves, one of Connolly’s main biographers, took a similar position as Connolly with regard to what Greaves described as the “essentially progressive” role of the Catholic church in Ireland, and in a common rejection of “cranky cases” and mass immigration.

Connolly, like most of the great figures of the Revolution, has been sanitised on the one hand by a ruling elite that is actively engaged in subverting even the gains won in the 1920s and 30s; and distorted on the other by those who claim him as a support for current positions that they have no notion of what stance he might have taken. Then again one Sinn Féiner claimed ludicrously that Bobby Sands had died for gay marriage.

None of us can lay claim to the mantle of any dead person. We can, with reasonable certainty, however, make a shrewd guess that Connolly would not have supported the cranky cases and fads that occupy so much of the post socialist left, and would certainly not have been an advocate for the destruction of the Irish nation as he clearly understood it to be.

Are assisted suicide campaigners ignoring the danger of ‘normalising’ suicide?