“It’s not over”: North of Ireland Party leader and pro-lifers vow to fight on against abortion law 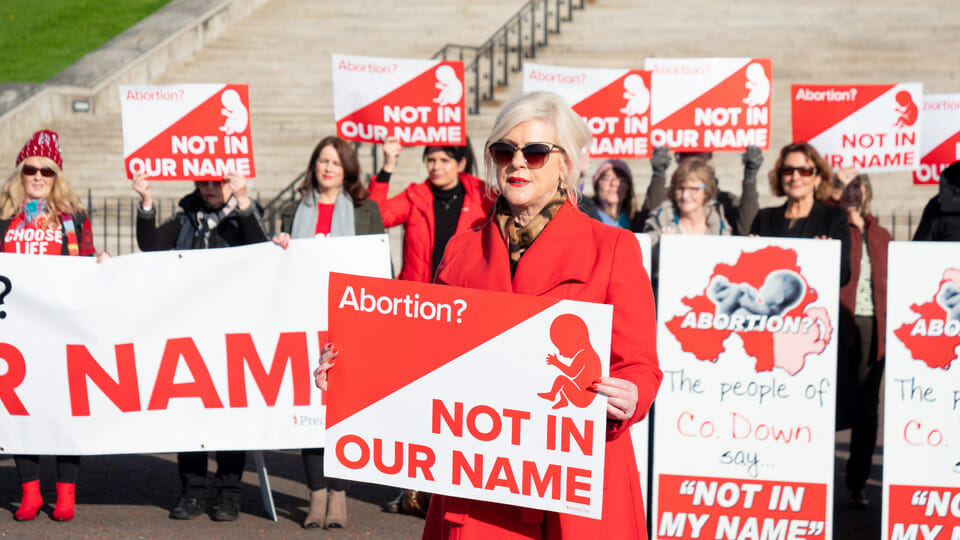 Pro-life politicians and campaigning organisations have said they will fight on to overturn the abortion law imposed on North of Ireland by the British Parliament.

Speaking in Stormont this week, Arlene Foster, leader of the DUP said the failure of the other political parties to come to the devolved North of Ireland Parliament to prevent the abortion legislation becoming law meant it was a “shameful day” for those involved.

“Let me say this, however, this is not the end of the matter,” Ms Foster vowed.

“We will take every possible legal option open to us to try and stop if it [the abortion legislation] comes into force,” she said. “There are other options and time for appealing and we will make sure we do everything we can in our conscience to protect the lives of the unborn.”

The DUP attempted to table a Bill on Monday which would have protected the right to life of the unborn child but were stymied when the SDLP – the second biggest Catholic party in the north – walked out of the chamber.

Ms Foster said the change in the law was not to be celebrated. “There are some who will be celebrating, but it is not a day of celebration for the unborn child,” she told the Assembly in Stormont. “I know some people will seek to celebrate today and I would say to those people, think of those of us who are sad today and who believe this is an affront to human dignity and to human life,” she added later.

She also told the press that “For those who are pregnant, they can now seek an abortion up to 28 weeks, which I think is wrong. Medical advances mean that children can survive outside the womb at 22-23-24 weeks.”

“We will have to take a look at all our legal options – it’s a very sad day,” she said.

Pro-life leaders also said the fight would continue, noting that the nature of the imposition of the law was an affront to democracy.

“It’s an absolute denial of democracy, the people did not approve or vote for this, and the Northern Ireland Assembly have voted abortion down many times, even as recently as 2016,”  said Bernadette Smyth of Precious Life.

“It’s not over, and we will fight on to overturn this law and protect every mother and every child.”

Dept, Harris silent on fears of COVID-19 threat at conference