Is the lockdown exit a plan, or an experiment? 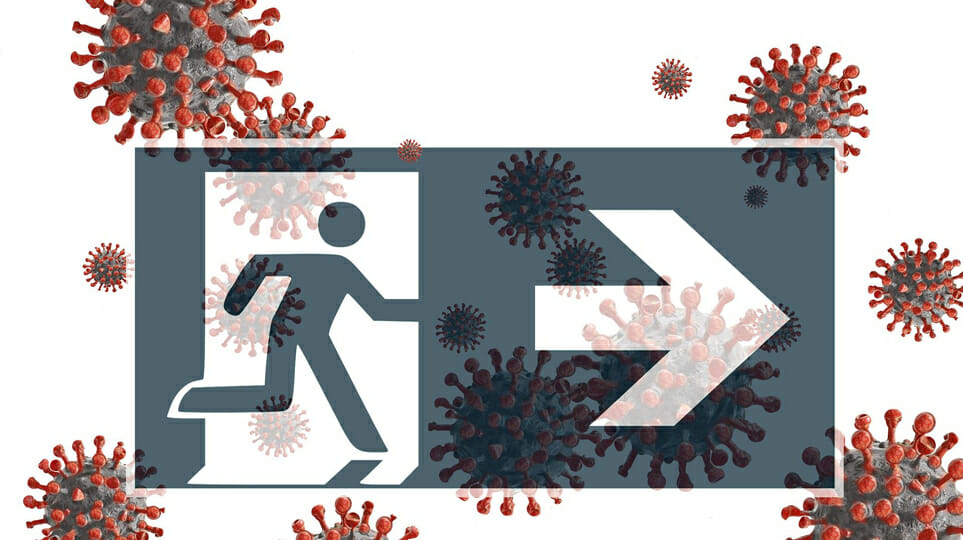 A month and a half ago I wrote that Ireland was not getting to zero anytime soon and that the exit strategy for the coronavirus pandemic in Ireland was not clear at all. Despite the government announcing a Roadmap for reopening society and business, and many hailing it is a providing light at the end of the tunnel, the exit strategy remains unclear – or at least unstated.

On March 13th, the day after An Taoiseach announced the first phase of restriction, there were 20 new cases of coronavirus in Ireland. When the heightened restrictions were introduced on the 24th of March, Ireland was experiencing over 100 cases a day. On the 23rd of April, a peak of 963 cases was announced, and given the timelags between tests coming from Germany and reporting, the average over that week was around 600 cases. Since then, daily confirmed cases has hovered around 300 a day.

The roadmap for re-opening society and business appears plausible. There are five phases. Each phase involves a graduated easing of restrictions. Between the 18th of May and the 10th of August, the shackles will gradually come off, although there will still be elements of social distancing in place in order to manage the situation as it evolves. Intuitively, this seems like a reasonable approach as the curve is flattened and continues to tail off.

But will that be the case? Absent from the government plan is an epidemiological roadmap to accompany the social and business plan. It is as if epidemiology and the roadmap are not connected. The tailing off of the curve is not a given. Plausibly, on May 18th, we could be down to less than 100 cases a day, indicating that restrictions have been effective as the outbreak follows the predicted curve but we won’t be at zero. By the 8th of June, there curve assumes, if we are to follow it, that there will be a further drop – maybe to under 50 cases a day. By the 29th of June, maybe we anticipate being down to 20 cases a day. By the 20th of July, down to 5 cases a day. And then by the 10th of August we could be down to the last few cases.

Or will we? This remains the question and caution is needed because, there is a danger of the easing of restrictions following a theoretical curve. But that curve only holds for the current scenario. With 100 cases a day on May 18th, what will be the contextual different between May 18th and 24th March when the initial restrictions were put in place? Perhaps there are less cases in the community, but a downward trend doesn’t guarantee this. What is to stop the curve changing direction once restrictions are eased?

With little or any antibody testing to determine the level of spread in the community, particularly of asymptomatic cases, we cannot know how far the virus has spread. Indications in places such as Stockholm and parts of the United States, are that up to, and maybe more than, 20% of the population has been infected. In Ireland, we don’t know what the level of spread was prior to restrictions nor how fast – or slow – the virus has transmitted, so we do not know where we are. We could assume a much lower prevalence thanks to our restrictions, but that the virus is still quite prevalent.

While Sweden may carry on with its limited restrictions, in theory, they could be moving toward 50% prevalence in a few more months. A few more months after that, it could be close to 60% as it naturally slows as the so-called ‘herd immunity’ is reached. In Ireland, we will no doubtedly, because of restrictions, be on a much slower pathway. Who will be better off in August? Ireland or Sweden? There are a lot of variables but given that Sweden has not had to contract its economy as much as Ireland, and that the fatality rate are not hugely different (Sweden has 263 deaths per million of population and Ireland, 268), Sweden will be moving forward while Ireland is still figuring things out.

We could assume that as restrictions are eased, flattening, or dropping of the curve will slow. We won’t be moving towards zero as quick as we were. This is probably a necessary balancing act. But then, with restrictions being eased further, there is a risk that the curve changes its downward trend, flattens out and maintains a constant level of infection. With further easing of restrictions is the government confident that the curve will not start to rise again?

It would be useful to see the figures behind the roadmap and the permutations that are being explored. While RTE and others have claimed that there is now light at the end of the tunnel, is this really the case?

If we arrive at August 10th with a daily small but persistent number of cases being identified, are we in any different a situation than we were in on the 29th of February when the first case of coronavirus was confirmed? For certain, the health system will be in much better shape to deal with any new peak that will arise. The contact tracing and testing will be much improved compared to that time.

But, without knowing the prevalence rate, or the level of acquired immunity in the country, we will know whether we are better off or not in terms of societal transmission? Given that we are learning that there are many more asymptomatic carriers than was thought in February, any notions that a single figure caseload is the real caseload will need to be met with much caution. And with many cases not being picked up by testing, it is inevitable that, with eased restrictions, these will get passed on to others. The question is, will they be passed on with a reproductive rate of less than or more than 1?

Evidence from other countries show that easing of restrictions, even slightly, pushes the R rate from 0.5 close to and over 1 quite quickly. In Ireland, will this happen in May, June, July or August? Once an R value exceeds one, we move into exponential growth of cases again. Although at the same time, Sweden, without an enforced lockdown has maintained an R-value below 1 for a number of weeks now.

This is not to say that the government’s plan is a bad one, but the assumptions within it need to be tested. And debated. Not kept behind closed doors.  Or is the plan itself a test rather than an exit strategy? As restrictions ease, the likelihood of getting to zero is reduced, if not eliminated. If we are not aiming to get to zero, what is the strategy? Is it a containment strategy, in order to keep the number of cases within a manageable level for the health system as was expressed when earlier restrictions were brought in? If this is the case, then what are the projections for the coming months and for after August? How long will we be in a containment phase? Is the level of restriction after August 10th suitable for containment? Will the roadmap, if implemented, lead to further, inevitable spike(s) in cases?

Where will Ireland be if other countries have achieved some form of ‘herd immunity’ in the coming months?

Donal Trump’s plan for re-opening the economy was lambasted in the Guardian as being lethal, although they rightly point out that ‘any rush to reopen without adequate testing and tracing – far more than now under way – will cause a resurgence of the disease and another and longer economic crisis’. At the same time, the rely on hyperbolae in responding to Trump like Pavlov’s dog, exclaiming that ‘forcing people to choose between getting Covid-19 or losing their livelihood is inhumane’, as if that is what is being proposed. No doubt if he was suggesting to keep the economy shut down he would evince the same hyperbolic reaction.

In Ireland, the plan for re-opening the economy has been met with little criticism or analysis. A plausible roadmap seems to give the veneer of respectability to the plan with little in terms of looking underneath the hood, the aim is to reopen the economy – but no one claims the reductive choice of getting the virus or losing your livelihood. The Guardian provides little in terms of alternative strategies for the Trump administration, but assumes that the money tree enabling societal shutdown can be supported indefinitely.

The realisation that this is not the case may be happening in Ireland but the endgame for the roadmap is no more clear now than it was six or seven weeks ago. We will likely have a population with no more than 20% immunity if the objective is to keep caseloads low by the end of August. New cases after that point will probably have an R value of greater than one and we will move into, at best, linear growth in numbers of cases with limited social restrictions.

Unless the coronavirus has disappeared by the 10th of August, we will have had to have found a way to live with it, in a way that is sustainable for the economy, as a somewhat functioning economy is necessary to pay for the impact of the restrictions. This involves more than the current blunt instrument of lockdowns and theoretical roadmaps that are based on following a curve rather than drawing the curve. With healthcare workers making up over 25% of those infected, and another 25% infected in residential care settings, it should be clear that the blunt instrument of public restrictions ought not be the primary strategy. These figures indicate the danger of an unquestioning consensus in accepting broadstroke approaches at the expense of more nuanced, complicated and targeted strategies. As a society, we are all to blame for being placated by the panacea solutions while the figures in the nursing homes were un-analysed for weeks while the public hospitals and social interactions received all the attention.

In order to deliver top-tier health systems, to provide social protection to the vulnerable and to support business that cannot reopen, a functioning economy that raises taxes is needed. Simplistic dichotomies of the economy versus lives, business versus health, continue to be expounded by absolutists who fail to acknowledge how deeply interconnected these are. And important as it is to get the economy going, the epidemiology behind the recovery plan should be shared. If we are at 20 cases per day on the 10th of August, the same number as on the day the first restrictions were put in place, we need to ask what is different that allows us to be opening up, rather than closing down?