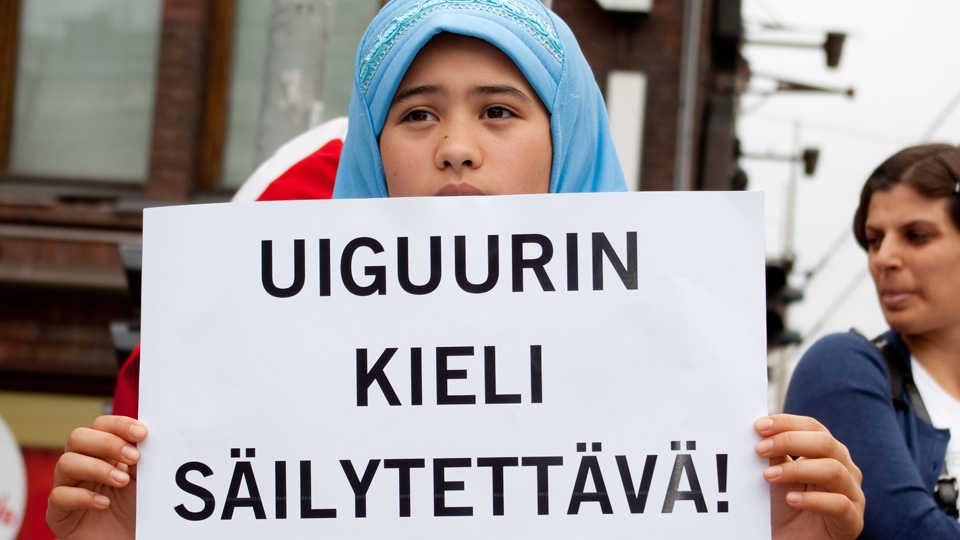 Senator Ronan Mullen’s motion calling on the Irish state to condemn Chinese treatment of the Uyghur Muslim people and to use its position on the United Nations Security Council to that end was passed without opposition on October 8th.

Credit is due to the Senator for his initiative, and Aontú for protesting against the effective genocide of the Uygher people when it mounted a picket on the Chinese Embassy here recently. Aontú is the only party, to my knowledge, to have raised this issue publicly.

Unfortunately, Senator Mullen’s motion is unlikely to be followed by any meaningful action. In outlining the Government’s support for it, Minister of State for Foreign Affairs Colm Brophy, made it clear that it was not doing so out of any hostility to China, and was careful to list the positive economic relationship that now exists.

Therein lies the problem. The vast global power of China has cowed most states into acquiescence to its brutal totalitarian practises, not alone against the Uyghurs and other ethnic groups such as the people of Tibet, but also in its suppression of democracy in Hong Kong and the denial of basic freedoms to all of those under its control.

That any state feels the need to enter caveats about the “good side” of China when it is unable to ignore all of the above, highlights the sad reality that Chinese power has bought mealy mouthed excuses when silence is not an option.

The recent renewal of the agreement between the Vatican and the Communist Party of China, under which the latter can appoint Catholic bishops does not speak highly of Rome’s position. The former Cardinal Joseph Zen of Hong Kong, who retired recently, understood the enemy of all better when he advised Pope Francis not to visit China, and in 2018 Zen stated bluntly that “Pope Francis does not understand the Communist Party in China.”

The Vatican is one of just 15 states on the planet which have full diplomatic relations with the Republic of China in Taiwan. Ending that is a major objective of the Chinese Communist Party. Shamefully, as was pointed out by the Seanad motion’s seconder Michael McDowell, the Irish state is one of a handful of EU states that have no relations at all with Taiwan.

Mild criticisms of China are tolerated, such as the toothless threat in Brophy’s speech of making “our views known,” while stressing to whoever might be listening, and they are, that “we do not in any way seek to undermine Chinese sovereignty. Our motivation is a positive one. We are pro-human rights, not anti-China.” Not exactly a stout defence of freedom is it? Especially when one considers the true horrors of what is going on in China at the present time.

The reason for all of this is that most people in the west either do not understand the nature of Chinese communism, or prefer not to know anything about it. Senator Mullen described exactly what it means, which must have been somewhat discomforting to some of his colleagues in the upper house:

“The end goals of communism and extreme left wing policies in all its forms – to extinguish the human spirit, to demand conformity in all things and to suborn the personal, individual spirit to the overriding demands of the state and the ideology of the state.”

While some, either through naivety or self-interest have been claiming that the Communist Party of China was striving towards some form of democratic capitalism, it is clear that this is no longer the case under the leadership of Xi Jinping, even indeed if it were ever more than a ruse. Xi has overseen a return to Maoist ideology with the party journal Qiushi now framing what Roger Scruton described as Chinese “gangland capitalism” within the context of achieving socialism. At least the Chinese are honest with regards to the servitude which socialism entails, in contrast to the useful idiots who think it is going to be like a visit to Willie Wonka’s Chocolate Factory.

As we know there are those who find such a “vision” attractive. Sinn Féin appears increasingly too if their cosiness with China is any indication. Senator Niall Ó Dongháile did state that Sinn Féin would be supporting the Mullen motion, although he made gratuitous references to their backing for the Occupied Territories Bill which related solely to Israel, even though China has been in occupation of Tibet since 1950, and has presided over the genocide of the population in that unfortunate country.

Nor should formal support for motions like this be taken as fulsome support for the opponents of Chinese totalitarianism. As Clive Hamilton and Mareike Ohlberg describe in their book Hidden Hand: Exposing How the Chinese Communist Party is Reshaping the World, the CCP tolerates gestures once they do not interfere with their longer term goals. Indeed, the regime prefers that its friends cannot be portrayed as sycophants as that would make them of less use in attaining those goals.

Sinn Féin can certainly be considered to be among those friends. We have previously noted the contacts between the party, in both parts of Ireland, and its effective support for the suppression of the democratic resistance in Hong Kong. Sinn Féin in the Stormont Executive has been prominent in furthering contacts with China. Most recently that has seen the arrival of 700 Chinese students into Belfast to take up places in Queens University.

This took place in the last number of weeks as the north was already facing into a major escalation of Covid related restrictions, which now includes the closure of Queens. At a time when every aspect of life in the 6 counties is under strict regulation, it seems rather strange that such a large influx of people from the country where the virus originated ought to have been permitted by the Executive.

Sinn Féin, along with Saoirse McHugh admirer Ming Flanagan, is part of the European Parliament grouping most favourable in political terms to the Chinese Communists. However, the NGL/GUE collection of some of the weirder Green parties and unreconstructed Stalinists is a small group and the Chinese are not sentimental in that regard.
Hence their successful recruitment of MEPs and EU officials, both overt and covert, across all political opinion in the Parliament. The most important and open manifestation of this in promoting Chinese propaganda and opposing any attempts to raise issues such as Hong Kong or the Uyghur genocide in Brussels and Strasbourg is the EU-China Friendship Group.

The lobby group was founded by Chinese Communist Party member Gai Linn in 2006 and comes under the control of the Party’s International Liaison Department. Gai Lin’s entrée into the political world was facilitated by former British Conservative MEP Nirj Deva who headed the group until he lost his seat at the last European elections.
The EU-CFG is reminiscent of the sort of Third Column elite groups which pimped for Hitler and Stalin. Apart from taking part in Beijing sponsored trips to China, it has engaged in shameless vilification of Uyghur and other representatives who have attempted to put their case to the European Parliament.

Membership of the group is hard to come by, but it is believed to consist of no more than 50 MEPs. One former member until she lost her European seat prior to a disastrous run for the Irish Presidency was Sinn Féin’s Liadh Ní Riada. She was also a member of the Parliament delegation for relations with the People’s Republic of China and was very active in support promoting links between China and Ireland.

In October 2017, a group of European MEPs founded the Friends of Uyghur group to highlight the genocide of the Uyghur people. There are no Sinn Féin or any other Irish MEPs who are members of the group. Recall too, that in July not one Sinn Féin TD or Senator signed the letter condemning the Chinese genocide of the Ugyhur people.

So when you hear the likes of Ó Dongháile bleat about “human rights,” remember who their friends are, and who gets private briefings in the Chinese Embassy as a “friend” of the monsters in Beijing.