Ireland has been locked down for longer than any other country in Europe. Did it work? 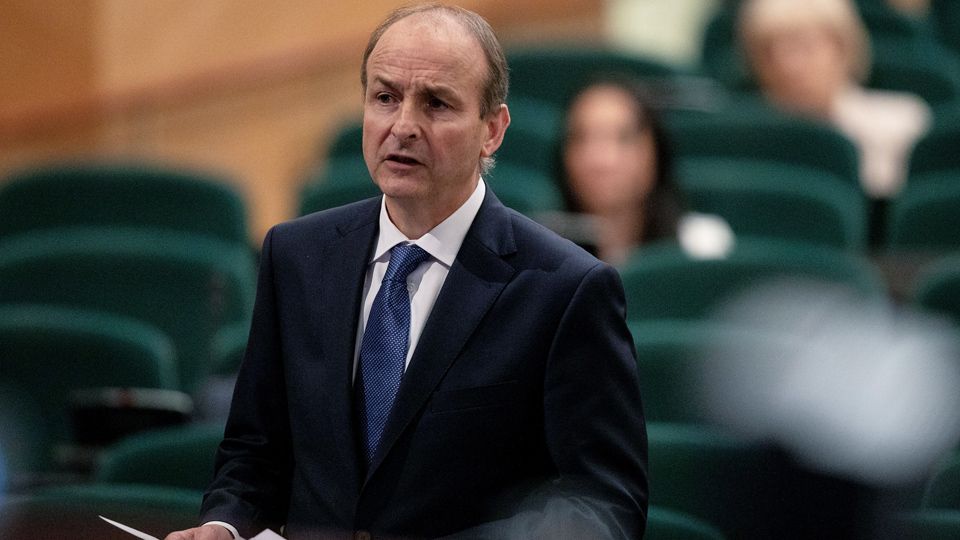 According to data from Oxford University, Ireland has had “non-essential” businesses locked down for a whopping 163 days since last January, which is longer than any other country in Europe.

By comparison, Germany was closed for 34 days, Denmark for 15 days, and Estonia for 45 days.

Irish workers have been out of the job with lockdowns for longer than any other EU state – 163 days in total.

Meanwhile, Ireland had 857 deaths per million, while Germany saw 832 deaths per million. In other words, less Germans died of covid per capita, even though they only locked down for 1/5th of the time Ireland did.

Statista – Coronavirus (COVID-19) deaths worldwide per one million population as of February 25, 2021, by country https://t.co/MLi6BDSRtK

Similarly, Denmark had 402 deaths per million – less than half Ireland’s number – despite locking down for less than 1/10th of the time Ireland did.

And Estonia saw a mere 419 deaths per million, despite locking down for just over 1/4th of the time Ireland did.

Now, before I’m accused of cherry picking the data, I should hasten to add that this does not apply across the board – there are countries that did not lock down as long as us that now have much higher death rates. To give one example, Spain locked down for only 53 days, and saw 1,454 deaths per million – 70% higher than Ireland’s per capita death rate.

So what’s my point in bringing all this up? Well, judging by these numbers, whatever is driving the success of various nations around the world in battling covid, it seems to have little to do with their level of lockdown.

We have countries that locked down for far longer than others – like Ireland and the UK – with dismal death rates. And we have countries that hardly locked down at all, like Denmark, who had fairly low death rates. And vice versa. Which seems to clearly indicate that the lockdown is not a major factor in determining your country’s level of covid success.

So if it’s not the severity and length of the lockdown, then what exactly IS the difference between these countries?

Well I don’t claim to know for certain, but if I had to hazard a guess, I’d wager that border control plays a large part of it.

For example, Norway and Finland were noted to have much looser restrictions than other countries, and yet saw 115 and 133 deaths per million respectively – incredibly low compared to other comparable countries.

While the U.S. and Europe struggle to contain an autumn surge in #coronavirus infections, Finland and Norway are bucking the trend. Here’s how they do it. My report via ⁦@WSJ⁩ https://t.co/Wp4nATxmD6

And what was their recipe for success, according to the Wallstreet Journal?

“A brief, targeted lockdown in March, followed by tight border controls with mandatory testing and quarantine for all travelers.”

This was almost exactly the strategy employed by New Zealand to great effect, as covered in a recent Gript video.

WATCH: New Zealand shut its borders straight away when covid emerged. Ireland’s leaders refused to do the same out of love for the EU. 3 lockdowns and almost 3,000 covid deaths later, who made the right choice? Ben Scallan reacts: https://t.co/UHEqt61xmk#gript pic.twitter.com/EgeSlTn217

To date New Zealand has 26 covid deaths – not 2,600, not 260 – twenty six. This is an absolutely miniscule amount, despite New Zealand having a population almost identical to the Republic of Ireland to the decimal place.

They did this by employing the strictest border control policies in the world back in March of 2020, for which New Zealand Prime Minister Jacinda Ardern said she would “make no apologies.”

Disaster risk governance in action. Expert says #NewZealand did an "absolutely remarkable job" of implementing lockdown. Even at its peak, New Zealand had only 89 cases of #COVID19 a day. #ItsAllAboutGovernance #DRRday https://t.co/dEO1ptTS0H

Even our own health officials have started to catch up and realise that maybe leaving your borders open during a global pandemic isn’t the smartest of moves – albeit, they came to this conclusion about a year late.

There are probably more factors to be considered, and I don’t claim to have all the answers. Anyone who does claim that during a complex crisis like this is clearly lying. But one thing is clear: this knee-jerk response of “MORE LOCKDOWN” every time cases or deaths go up – which is all we’ve gotten from the government, the media and even the opposition like Sinn Féin – is not based on any concrete empirical data.

We have so-called “Zero Covid” groups advocating for total lockdown, more than we’ve ever seen to this point – the Irish Times described it as “Level 5 Plus Plus”.

"Zero Covid saves lives and reduces incidence of long-Covid persisting in populations." https://t.co/oJAlHfjnUc thanks to @KOSullivanIT and @IrishTimes for the coverage. #WeCanBeZero #COVID19Ireland

They’ve even said that Ireland can achieve this “Zero Covid” without sealing the country, relying short-term on, to quote Professor Anthony Staines, “significant restrictions, probably for as long as the Government plans right now,” until the end of April. In other words, at least short term, “just keep doing what we’re doing.”

It is not necessary to seal Ireland off from the rest of the world to achieve zero Covid, a campaign group seeking to eliminate Covid-19 from the island has said https://t.co/smnwqFZXvY

There is absolutely no earthly reason to assume that longer, more gruelling lockdowns make for better covid results, and it’s high time the people in charge started actually approaching these problems using a scientific lens and not an ideological one.

Why the Lockdown Legislation must not be extended