William Huang: India is obsessed with over-population. It should learn from China’s mistakes. 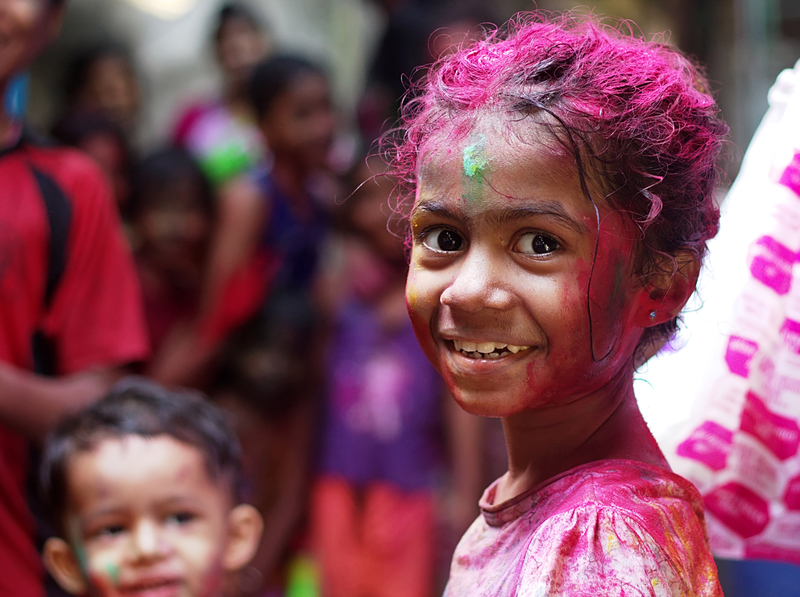 On August 15 Prime Minister Narendra Modi stepped out to the Red Fort in the Indian capital of New Delhi as a newly empowered man, after the landslide election win of his Hindu nationalist Bharatiya Janata Party (BJP).

His rivals in the Congress Party are in disarray, having been utterly crushed and struggling to have their message resonate with the hundreds of millions of Indian voters.

Mr Modi was there to deliver his Independence Day speech. Having outlined his economic policies and displaying his strength in the Jammu and Kashmir affair, his attention then turned to a thorny issue that past Indian politicians have sought to avoid — population, or in Mr Modi’s view, over-population.

At this point ominous comparisons with Deng Xiaoping’s China began to emerge.

In 1979 China was changing quickly. The newly anointed Paramount Leader was Deng Xiaoping, who had emerged successful in the post-Mao power struggle. Eager to lift China out of the economic chaos that Mao’s penchant for violent class struggle had created, Deng was concerned about China’s growing population.

In the Communist mindset, more people only meant more mouths to feed and more burdens for the Party to carry. Gone were the days when Mao dismissed the cost of war against the West or revisionist Soviets because China could afford to lose millions of people, when the Party believed that “more people means greater strengths”. Now natural population growth was something that must be stopped at all costs, even as early as the year 2000.

Cue rocket scientist Song Jian, who had been deeply influenced by propaganda from the UN Population Fund (UNFPA) and the Club of Rome that he had read on a missile-related conference trip to Europe. Notwithstanding his ignorance, in 1978 and 1979 he created a forecast for China’s population and reached the terrifying conclusion that China’s population would soon soar to 4 billion if population growth went unchecked.

The nabobs of Beijing were petrified. By early 1980, they decided that a one-child policy was long overdue.

But China’s population was never going to ever get anywhere near the 4 billion number. In 1980 its total fertility rate was only 2.32 and there was a high infant mortality rate. Its population growth rate was already “under control” and runaway growth was impossible.

China’s leaders and demographers had no understanding of “population momentum”. This is an important demographic concept which means that population growth continues for a few decades even after the total fertility rate dips below replacement, thanks to lower death rates as well as the fact that many women remain in reproductive age and are likely to bear children.

So they pressed the panic button and imposed a draconian one-child policy upon their people.

Much the same is happening today in India. Like Deng Xiaoping, Narendra Modi has emerged as as a powerful leader able to radically change his country. Like Deng, he is a ruthless reformer with a do-it-at-any-cost attitude. Like Deng, he is obsessed with economic growth and making his nation a world power.

These resemblances don’t stop here. Even though India had been targeted by population control advocates, up to now it had escaped the worst excesses of population control. There were many reasons for this, ranging from an ineffective central government to popular resistance to religious opposition. But now it has become the focus of the world’s over-population hysteria brigade.

This is happening even though its birth rate dropped over the last few decades and has accelerated downwards since 2000. Its total fertility rate stands at a not-so-whopping 2.2, which is barely above replacement level.

Even the folks over at UNFPA in their latest forecast acknowledge the fact that by 2059, India’s population will start to decline. Many southern Indian states are already suffering from below replacement fertility rates and worries about a rapidly ageing population are surfacing.

Even the TFR of Bihar, India’s most fertile state, stands at 3.4, which is much lower than most countries in sub-Saharan Africa – and it is fast declining. The situation is amazingly similar to China in 1979, when the national TFR was 2.32 but the Northeast and Yangtze River Delta regions had already fallen below replacement fertility.

Modi’s BJP, just like the Chinese Communist Party of 1979, is a powerful political party with tens of millions of members and cadres. Both have powerful organizing mechanisms down to the village level. The BJP has revolutionized government effectiveness in ways that the Congress Party never managed to achieve. Both parties fret about population growth and view people as a liability, not an asset.

In Modi’s Independence Day speech, he celebrated Indians who have smaller families and praised them for being the real “patriots”. He also called India’s ever-rising population as a “concern”, even describing it as a “population explosion”. It was eerily like Deng in 1979.

Even more sinister is the Population Regulation Bill proposed by the BJP’s Rakesh Sinha. It is reminiscent of China’s National Family Planning laws. Sinha’s bill calls for a two-child policy for those working for government or wishing to participate in politics and provides a myriad incentives for sterilization. It also proposes penalties for those going over the maximum and written guarantees from civil servants that they will cap their child-rearing at two.

Here comes the scary part. Eventually the bill will apply to all Indian citizens. Many BJP members of parliament back the bill. Enthusiasm for population control in India is huge – which is unsurprising, given the level of panic amongst the media and intelligentsia. Indian politicians are just as ignorant about demography as their counterparts in Beijing in 1979.

The bill supported by the BJP reeks of the coerciveness and brutality of Chinese Communism. It is unacceptable in a democratic society — which Indians are proud to be — for people’s reproductive rights to be so stringently controlled. But with the BJP in the driving seat and a weakened opposition in agreement, history could repeat itself.

However, there are differences between the Chinese and the Indian experience.

The BJP is panicking about the growth of minorities, particularly the Muslims, whose TFR is higher than Hindus. Muslims are ever-increasing percentage of the population. By 2050 India could have over 300 million Muslim citizens.

China, on the other hand, ruthlessly imposed population control on the majority Han population, while for many decades ethnic minorities were ignored. Uyghurs and Tibetans enjoyed the privilege of having multiple kids when it was only an impossible dream for city-dwelling Han citizens.

But there is no need for panic about over-population. The TFR of Indian Muslims has declined to 2.6, which is not that much higher than the national average. India’s plentiful supply of youth is fueling its economic growth and a large population guarantees its future as a world power.

Paradoxically, in the near future India’s real problem will be ageing populations and population decline in its southern states. It is not going to be over-population. Its undemocratic and human-rights-violating Population Regulation Bill needs to be dropped. Otherwise, we can be sure that the misery of China’s sex-selective abortions, forced sterilizations and rapidly ageing population will afflict India as well.

America’s Riots: Retribution is not the same thing as Justice