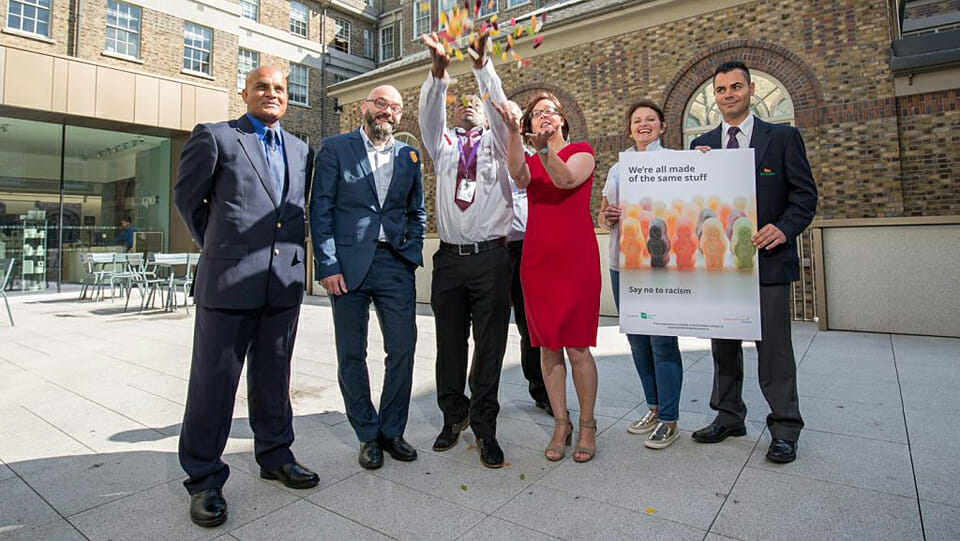 In some ways it’s not surprising that the Immigrant Council of Ireland (2018 income: €1m, most of it from Government and EU grants) would be taking an active part in the general election campaign, trying to make the case for policies that favour immigrants and asylum seekers. That is, after all, their job, and the taxpayers, although most taxpayers don’t know it, fund them very well to do it.

There is, however, one might argue, a difference between making the case for immigrants, and actively demanding that candidates who disagree with you are made to be quiet:

“Political parties must quickly act against candidates who make anti-immigrant remarks to win publicity and votes during the general election campaign, the Immigrant Council of Ireland has declared.

Some candidates are already resorting to “dog whistle politics” in an attempt to win or retain Dáil seats, said the council’s Pippa Woolnough.

Populist and anti-migrant sentiment remains “thankfully” on the fringes of Irish political debate. But political parties, groups and independent candidates must “double down against hate speech”….

…..Bulelani Mfaco, of the Movement of Asylum Seekers in Ireland, said it “won’t be surprising for foreign nationals to be treated with disdain” by candidates in the weeks ahead.

In particular, Mr Mfaco noted independent candidates Verona Murphy, Noel Grealish and Peter Casey, all of whom have been accused of courting controversy about immigration.”

“Accused of courting controversy on immigration” is, of course, Irish Times speak for “have expressed concerns that immigration might be too high”.

This is really the only immigration debate that matters in Ireland right now. There is an ongoing attempt, led by taxpayer funded NGOs, to declare that any questioning at all of the level of immigration is, in fact, racially motivated and illegitimate. If a politician says something like “I am in favour of immigration, but we need stricter controls on the numbers of people coming to Ireland, and an overall limit on the number of people we accept annually” then that is, per the Irish Times, “courting controversy”.

It follows logically, therefore, that the only acceptable position on immigration for an Irish politician to hold, at least in the eyes of NGO-land and the media, is that there should be no limits on immigration at all.

The attempt to delegitimise any discussion of immigration at all is, of course, born out of fear of you, the voter. It’s important to remember that in their heart of hearts, the Irish establishment views you as sort of a helpless, base, troglodyte with the instincts and nature of a cranky bullock. If you hear the wrong sort of argument, they think, then there is a very real chance that you could become a raging racist overnight. Politicians who say basic things about immigration – the kinds of things that are standard in basically every other country – must, therefore, be silenced. For no other reason than that there is a risk you might agree with them.

You will notice, for example, that very few Irish polticians are ever accused of actually being racist, or actually saying something racist. That’s never the formula of words used, is it? No – instead they are accused of stoking racism, or fuelling racism. That’s a polite way for establishment figures to say that it is in fact the public who are the latent racists, incapable of hearing certain arguments without organising together to set up internment camps for immigrants.

In these people’s minds, immigrants don’t need to be protected from politicians. It’s you, the public, who must be kept in check, lest you do real harm.

This also fuels the hate speech debate, which is, to these people, the most important piece of criminal justice legislation that the country can consider at the moment, and certainly much more important than proletarian concerns like drug gangs or organised crime. The objective is to pass a law-making criticism of immigration functionally illegal – and they’re not particularly good at hiding that. Consider that we have, today, basic criticisms of immigration policy being described as “hate speech” by the immigrant council, and you have a fair idea of the direction of travel.

It is important to note here that nobody elected the immigrant council. Indeed, there is no evidence to suggest that the immigrant council could sustain itself for a single week without taxpayer funding. It has no measurable public support, no member of it has ever been elected to anything, and it has no statutory authority. Noel Grealish, on the other hand, has been elected time and time by his constituents to represent them.

How did we end up in a situation where the unelected and unsupported have the power to call for the silencing of our elected representatives, and for this to be considered normal?

Zappone: I’d happily stay on as Minister in a Fianna Fáil Government