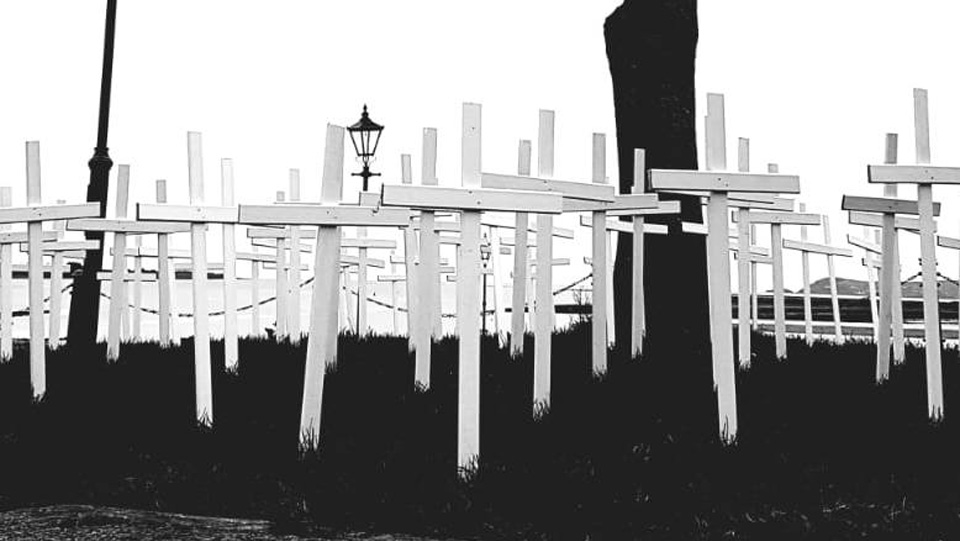 Last week, Gript reported the shocking news that the bodies of more than 2,000 preborn babies had been found in the residence of Ulrich Klopfer, a doctor who had performed abortions in South Bend, Indiana.

Klopfer, who previously ran three abortion clinics, had been forced to close  his centres when the Indiana Medical Licensing Boarded voted in 2016 to suspend his medical license indefinitely. Amongst other charges, the abortionist had failed to notify the state Department of Health when abortions were performed on two 13-year-old girls, and also failed to correctly counsel women undergoing abortions, according to the Office of the Indiana Attorney General.

Nobody seemed to have investigated what Klopfer was doing with the bodies of the babies he aborted. Now we know.

After the abortion doctor died on September 3rd, his family discovered the remains of thousands of preborn children in his home. The local sheriff’s office and the coroner’s office were alerted, and it is now estimated that the remains of a total of 2,246 unborn babies were preserved on the premises.

This was the kind of story that is usually powered into the headlines not only because of old news maxim of “if it bleeds, it leads”, but also because it’s the job of the media to inform the public about these events, and to facilitate a discussion about what they mean for society.

It’s hard to disagree with that assessment. The same media which has been whipping up a near-constant frenzy about the discovery of the bodies of 800 infants in Tuam, had very little to say about the horror story in Indiana.

You can imagine the collective decision-making process in the newsrooms: “2246 bodies found in an abortionist’s house? Move along folks, nothing to see here.”

It’s not the first time a story which exposes the abortion industry has been ignored, of course. The media here and in the U.S. previously blanked the shocking story of Kermit Gosnell until they were embarrassed into giving it the minimum amount of coverage they possibly could. When two Irish documentary makers  made a movie about the abortion doctor, who was found guilty of murder for birthing third-trimester babies and then killing them by snipping the backs of their necks with scissors, the Irish media roundly ignored that too.

Like Klopfer, Gosnell also inexplicably preserved the bodies of the babies he killed, like the sort of macabre trophy-collecting serial killers are known for. There’s a pattern of dark, disturbing behavior running through the abortion business that the media actively works to cover up.

A whole series of Prime Time investigations could be commissioned by RTE into the gruesome practises of abortion providers, especially given that an extraordinarily liberal regime has just been established here in Ireland, but that’s not going to happen.

The media are united in their determination to shield the public from what ‘abortion rights’ actually mean in practice. The contrast between the reporting on Tuam and any of the more gruesome abortion stories is revealing.

Media bias isn’t just about how a story is covered. It’s also about what the news platforms choose to ignore.

I’d like to know what actually happened in Tuam, though the lurid headlines and the hysterical reporting seems to make it unlikely that we’ll ever get beyond the carefully constructed narrative of the evil nuns oppressing Irish women and dumping babies in a sewage tank.

Of course, the parallel between the laundries and our shiny new abortion clinics as a means of ridding us of the ‘problem’ of women and their unexpected pregnancies is glaringly obvious, but that’s not up for comment in ultra-liberal, progressive Ireland either.

Competing reports on Canadians with mental illness and euthanasia