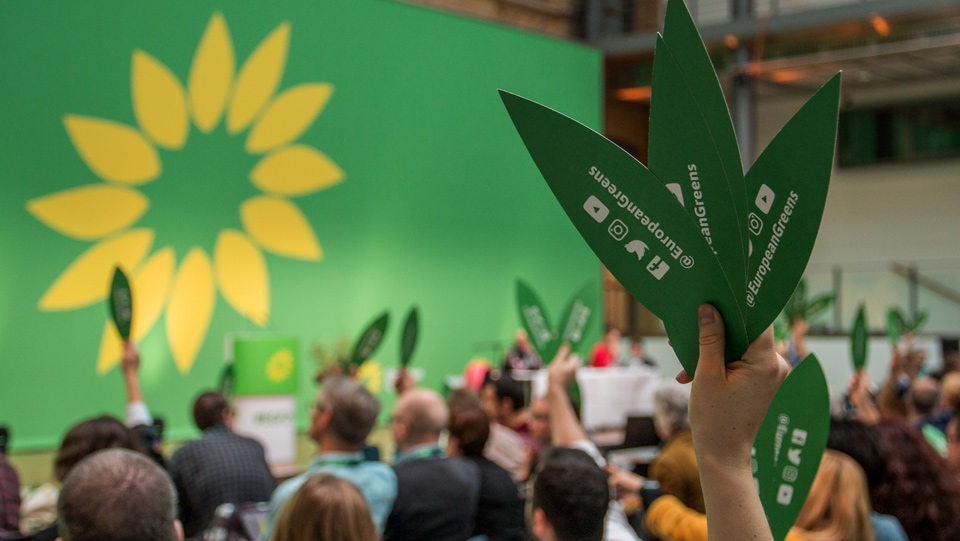 The European Green Party, which includes the Irish Green Party as a full member, recently held its 32nd Council with the aim of exchanging solutions on “today’s most urgent topics.” This included debates on “how to counter Rule of Law backsliding in Europe; and “how we can continue to fight for the human rights of all Europeans.”

The Irish delegate to the Council was Ed Davitt who works as a Parliamentary Political Manager for the Green Party.  Included among the motions that Ed and his fellow delegates voted upon, was one termed ‘Trans rights here!-Trans rights there!.’

The motion was approved by 85%. Interestingly enough however, 16 of the delegates abstained and one delegate voted against.

A detailed breakdown of the vote is not available, but from Ed Davitt’s tweet about the vote and from what we know about the Irish Green Party’s stance on trans issues, it is reasonable to assume that the Irish Greens supported the Motion.

One possible explanation for the level of abstentions was that it did not go far enough in its demands.

Another possible explanation is that the Green’s Council meeting was held from 2-6th December, i.e., the days immediately following the landmark Tavistock judgement from the UK High Court which exposed the horrors associated with puberty blockers for kids undergoing transition.
For the majority of delegates however, the Tavistock judgement clearly did nothing to dampen enthusiasm for the wider agenda which is held by many to be rushing children recklessly towards transition.

This can be seen from the text of the Motion itself which states – “Therefore, the European Green Party demands European states to:

“Implement legal gender recognition procedures that are quick, transparent, accessible, affordable and based solely on the self-determination of the person, without age restrictions.”

“guarantee funding for organisations working on trans rights at all levels of society, including core funding which guarantees safe working conditions, and funding which allows for intersectional approaches..”

“guarantee funding of national and transnational research on trans issues.”

“provide safe housing to trans asylum seekers, train asylum officers on trans issues and improve asylum procedures and base them on self-identification.”

“ensure non-discriminatory access to social services which are based on human rights and self-determination, including emergency shelters, women’s refuges and violence protection services.”

This last demand is particularly serious and is something that the Irish Green Party better start explaining pretty sharpish.

Or are we to understand that Eamon Ryan and Catherine Martin are now happy to go along with the idea that the protected space that shelters and refuges constitute ought to be made available and open to biological men simply because they ‘self-identify’ as women?

Will the likes of the National Women’s Council have anything to say on this? Probably not. After all; why bite the hands that not only feeds you, but virtually shovels tax-payer cash into your organisations bank account.

Let us be clear; do we really have to wonder what would happen, if say, the Iona Institute issued a document ‘demanding’ that the state ‘guarantee’ it a certain level of funding for research on the impact of public policy on the family or the role and rights of the Christian Churches?

Equally we do not have to think too hard about what the reaction would be if the Life Institute or the Pro-Life Campaign demanded guaranteed funding from the tax-payer to support their campaigns or various policy objectives.

It is this sense of overwhelming presumption on the part of the Green’s that will rightly infuriate people.

There should be no such automatic claim upon the public purse for any NGO or organisation however worthy its objectives. By all means make the case, advance an argument. At the very least fill out a bloody application form.

But don’t demand ‘guaranteed’ access to other people’s money. That’s simply a limp version of socialist economics applied to sacred NGO cows who increasingly demand unqualified obedience and unfettered access to our wallets.