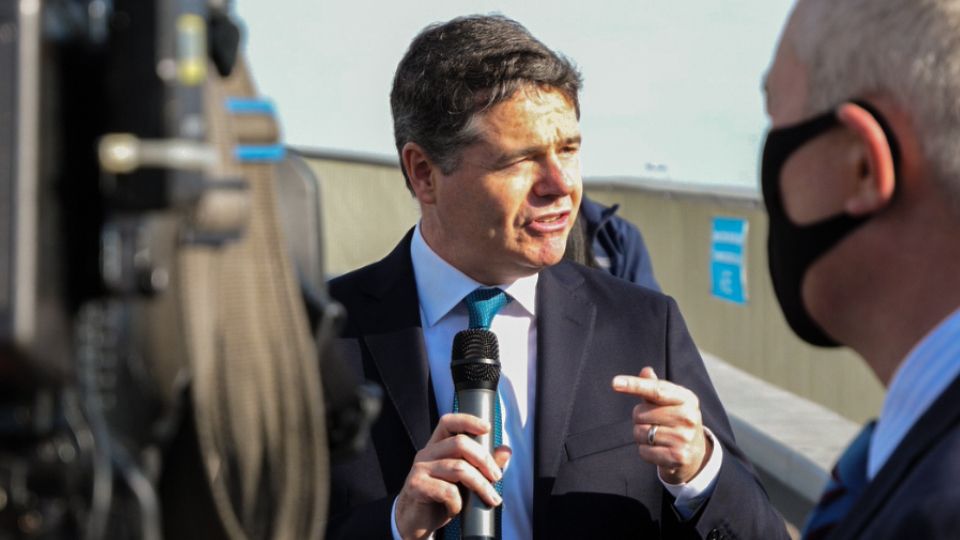 In the middle of the worst economic crisis in decades, the government has announced that they will be ending the levy on banks that was brought in after the bailout, a move seen by many as essentially letting the banks off the hook after being saved by the taxpayers. At the same time, the VAT rate, lowered during the pandemic, is set to increase once again so that all of us ordinary consumers can foot the bill.

The levy was originally introduced in 2014 so that the banking sector could reimburse the State for bailing them out. As we all know, during the last recession, several banks, including AIB, Bank of Ireland, EBS, Irish Life and others received €64 billion euros from the taxpayer to stop these institutions from going under. Naturally there was a system put in place shortly after so that they could pay some of that back gradually over time. So far this levy has been raising around €150 million euro per year for the State.

So with all that in mind, let’s do some quick maths.

2014, when the levy was introduced was 7 years ago now. So 7 years at 150 million euros per year equals one billion and fifty million. That’s how much the banks have paid back – around 1.6% of what it cost us. And that’s not even including interest on the debt, which is substantial.

You’re talking about a fraction of the money we paid that’s actually been returned to us. And now, during a total economic disaster, this levy will be scrapped, and the banks will be allowed to keep that €150 million euro in profits year on year.

Also bear in mind, it’s not like the levy couldn’t be extended if the government wanted to – it was originally only supposed to run from 2014 to 2016, until Michael Noonan as finance minister extended it to 2021.

So they’ve extended it before and very easily could do it again. But instead, what will be happening? Well, the VAT rate will be increasing once again for consumers at the end of the month.

As many people will be aware, the original VAT rate in Ireland was 21%, and that was increased to 23% in 2012 in the wake of the 2008 financial crisis, in an effort to help the State pay for the damages.

This decision drove up the cost of alcohol, fuel, cigarettes, vehicles, clothing, jewelry, sports goods, bicycles, computers, furniture, sweets – you name it. For the past 8 or 9 years Irish consumers have been paying more for all these goods and services because of the VAT increase. And 2% extra might not seem like a lot, but when you consider how many purchases you make in a year, it accumulates. According to the Nevin Economic Research Institute, the change cost the average household an extra few hundred euros a year.

According to the Nevin Economic Research Institute, the VAT change in 2011 cost the average household an extra few hundred euros a year. pic.twitter.com/75s48XgbmH

While last year the government temporarily reduced the VAT rate to 21% to stimulate the economy during the covid lockdown, Paschal has indicated that this brief bit of respite will be expiring at the end of the month and he and his government have no plans to reverse it.

So in the same year that the banks who were saved by the taxpayers are having levies taken off them, and the economy lies in shreds due to the government-imposed lockdown, the Irish taxpayer and consumer will be picking up the tab for these blunders once again.

Dáil votes by 93 to 35 against increasing €150m bank levy https://t.co/Zj0HPLJ7zW via @IrishTimesPol

At the time they argued “Well, if we levy the banks any more then they might challenge the law in the courts.” Which may well be true, and appears reasonable on its face. But yet here we are, just 2 years later, and the levy is being done away with altogether. So even if they had objected to the higher levy, it hardly would have mattered considering they won’t be paying us a cent anymore going forward anyway.

It’s decisions like this that have Ireland the third most indebted country in the developed world per capita.

The Department of Finance’s annual report on public debt, released at the start of the month warned that Ireland’s debt, on a per capita basis, is the third highest in the developed worldhttps://t.co/OpxEtyVtvO

Our national debt is currently a record €239 billion euros, partially due to the covid lockdown, but also just generally because of fiscal illiteracy of our leaders for years prior. To put that 239 billion figure in perspective, in 2019, before the covid lockdown decimated the economy, there were 2.3 million people employed in Ireland. Assuming all those people get their jobs back when all this is said and done – which is a big assumption – each Irish worker will find at least one hundred and three thousand nine hundred thirteen euros of debt hanging over their head when the dust finally settles.

Now, will scrapping the levy be all bad? Not necessarily – it may have some positive side effects, like banks offering cheaper rates to customers as they’re able to cut costs now. Usually when the government taxes a business like a bank, or any sector really, the cost just ends up cascading down to the consumer in one form or another. So sure, there could be some swings and roundabouts here. But ultimately, at the end of the day, the principle of this back-scratching relationship between government and big businesses like the financial services sector has been a feature of Ireland for far too long, and is one of the reasons why life for small business owners in this country is becoming increasingly difficult.

Every year, the World Bank issues a report showing the world nations in which it is easiest to do business. And over the past 12 or so years, Ireland’s rating has dropped precipitously long before coronavirus came on the scene.

The Republic has fallen to its lowest ranking in the 12-year history of the World Bank’s “ease of doing business” standings https://t.co/OtwPGRgN6A

By the way, for contrast, New Zealand, once again, ranked #1 in the world for the fourth consecutive year in a row. Small island nation, not in the EU, #1 easiest country to do business while our numbers drop year after year. Just something to think about.

All in all, it’s just another case of the government doing what they do best – crony corporatism. They’ll defend big multinationals like Big Tech social media companies, even as they censor Irish citizens.

They’ll indemnify big pharma companies against legal liability for potential side effects from their vaccines.

And they’ll defend the banks who caused the financial crisis in 2008 to begin with, while putting the VAT rate up so you can foot the bill. The incestuous relationship between big business and the political establishment in this country is plain for all to see, and it needs to stop.