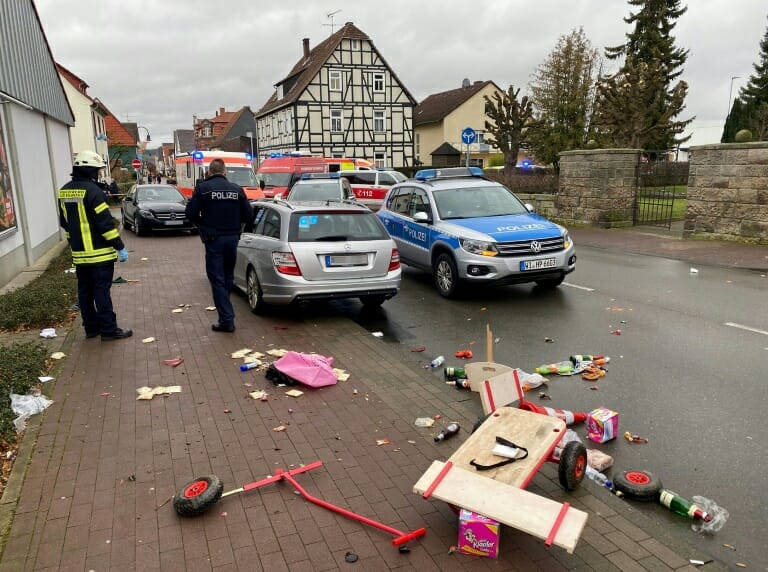 Germany: A man is being investigated on suspicion of attempted murder after he drove his car into a crowd at high speed, injuring 61 people, including 20 children, on Monday.

The 29-year-old driver ploughed into people watching the traditional “Rose Monday” procession ahead of Lent in the central German town of Volkmarsen, where the driver is thought to be from. Witnesses to the attack reportedly tried to get into the car to stop the assailant.

The injured ranged in age from 2 to 85, with 35 people still hospitalized. Some are in a critical condition, whilst the driver also suffered severe head injuries in the attack.

Police say that the crash was deliberate, and that he drove his own silver Mercedes “into a large group of people with the intention to kill.” They have not, as yet, established a motive however.

“It’s a bit of a puzzle…if there are hard facts on the table, we will speak up,” the attorney general’s spokesman said.

The attack, which occurred some 280 kilometers southwest of Berlin, caused all other parades in the central state of Hesse to be cancelled on Monday. They did resume however on Tuesday with an increased police presence.

A prayer service was held on Tuesday evening in the parish church of St. Marien for those injured in the attack, with Prime Minister of Hesse Volker Bouffier and Minister of the Interior Peter Beuth in attendance.

Senior scientists: Vaccine might be required for every trip abroad