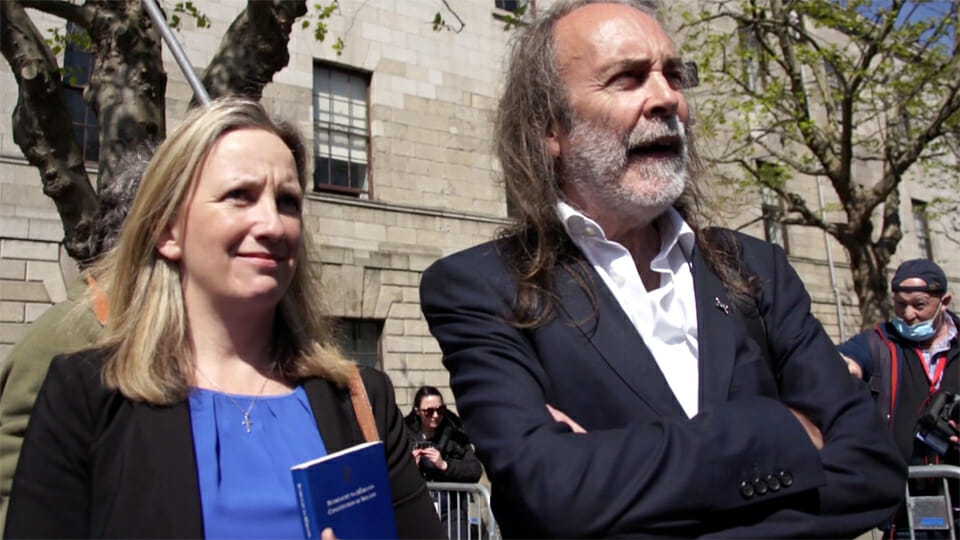 Journalist Gemma O’Doherty has said neither she nor fellow litigant John Waters should have to pay costs in their court application challenging the government’s Covid-19 restrictions.

Ms O’Doherty tweeted that “John Waters and I are not remotely afraid of costs.” She said ” We are terrified for Ireland which is facing its darkest moment. Our case is under appeal. Not one cent will be paid to the unelected government who spit on our Constitution.”

Last month, the High Court refused to grant the pair permission to have their judicial review challenge against the coronvirus laws be heard by the High Court. Today, Mr Justice Charles Meenan said Ms O’Doherty and John Wates, a writer and commentator, must pay the legal costs of the state respondents and the notice parties – the Dáil, Seanad and the Ceann Comhairle.

Mr Waters and Ms O’Doherty claimed the laws are unconstitutional and are appealing the High Court ruling which they argued was brought in the public interest, to the Court of Appeal. However, the State sought orders from the court to direct the applicants to pay their costs of the High Court action.

The judge said that the costs, estimated to be a substantial five-figure sum, should be limited to the two-day hearing of the application.