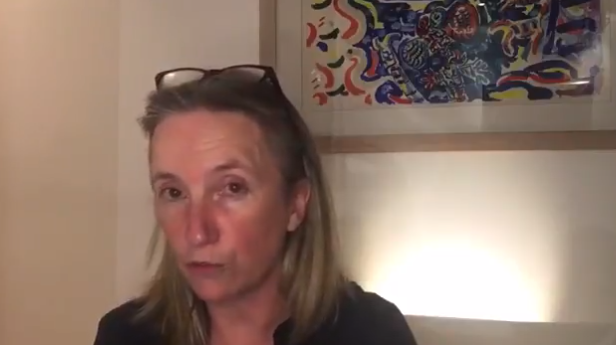 This was the top trending story on social media all weekend, and with some good reason, too. Depending on your point of view, it was either a case of the country’s most prominent conspiracy theorist finally meeting a member of the Gardai who wasn’t going to put up with her, or evidence of the tyrannical police state in which we all now live. If you believe one of those things, there’s no convincing you of the other one, so there’s little point trying.

What is worth saying, though, is that it’s clear that she wasn’t arrested for putting up a banner. If you watch the video, here, the arrest comes when she refuses a lawful demand (and it was lawful under the public order act) to give a Garda her name and address:

Gemma O’Doherty appears to have been arrested outside RTÉ pic.twitter.com/6f2S7AaApc

Calling them “cowards and traitors” might not have helped, in fairness. My parents always taught me to be polite to people in authority. It was, on reflection, good advice. It is also arguable that she was interfering with the conduct of a member of the Gardai in the course of his duties, which is, of course, a crime.

But on the other side of the ledger, what’s less clear about all this is why, exactly, the gardai were removing her banners in the first place. The official line, no doubt, will be that placing a banner screaming “corona hoax”, or whatever, on a flyover would distract passing motorists and might risk an accident. If this is the case, then it is perfectly fair for Gemma supporters to point out that this is a law which is applied, shall we say, in an apparently selective manner.

Thought experiment: If the banner had said “Dublin for Sam”, say, would four or five Gardai have been sent out to remove it immediately? Answer that one yourself.

Anyway, the woman herself now feels that the law is not being applied fairly, at least in her respect, and is considering becoming, of all things, an asylum seeker:

Speaking after her arrest, Gemma O'Doherty suggests that she'll flee the state rather than defend herself in court. pic.twitter.com/L1pxTPO9H9

Anyway, as so often in these things, we have little to learn from Gemma herself, and much more to learn from the reaction to the story than the story itself. It is telling, to be honest, how many people will simultaneously proclaim that Ms O’Doherty is mentally ill, and then go on to take great joy in her arrest and misfortune. If they are right that she is not well, then they are laughing and joking about someone’s symptoms. If they would not do that about a cancer patient, why would they do it about someone who, they say, is mentally unwell? That is not righteous, it’s just cruel.

Here, for example, one can just feel the kindness and compassion coming through, right?

At last that homophobe, transphobic , conspiracy theorist , psycho bitch and all round nut job Gemma O’Doherty was carted off… unfortunately it wasn’t to the psych ward where she and John Waters and all the anti vax, anti 5G, anti mask (piece of cloth) followers belong !

Or this, naturally, from a self styled male feminist:

To the extent that yours truly has anything to say about this whole sorry affair, it’s this: whatever else Gemma O’Doherty may be, her persistent appearance on videos yelling and screaming at Gardai, members of the public, and others in authority isn’t a mark of rebellion, or the behaviour of a serious person. If her own behaviour was replicated by teenagers outside a pub, shouting abuse at a public servant, this website, and our readers, would condemn it without question, and believe that the Gardai were right to crack down on her.

Whether or not the state was right to seize her banners is a matter of opinion, and perhaps a matter for the court. She is not responsible for how the state behaves: She is responsible only for how she behaves herself, and in this case, as in many instances previously, she’s given the garda a legitimate reason to arrest her. One finally took it.

But the cruelty and joy many have taken in her arrest isn’t particularly attractive either. There’s an absence of kindness in Irish discourse, at the moment, from all sides.

You’d nearly forget that four years ago, nearly all of these people were constantly repeating Michelle Obama’s line about “when they go low, we go high”.

A good tweet, but not how anyone behaves, sadly.

Covid and lockdowns: have we forgotten how to disagree with each other without hatred?