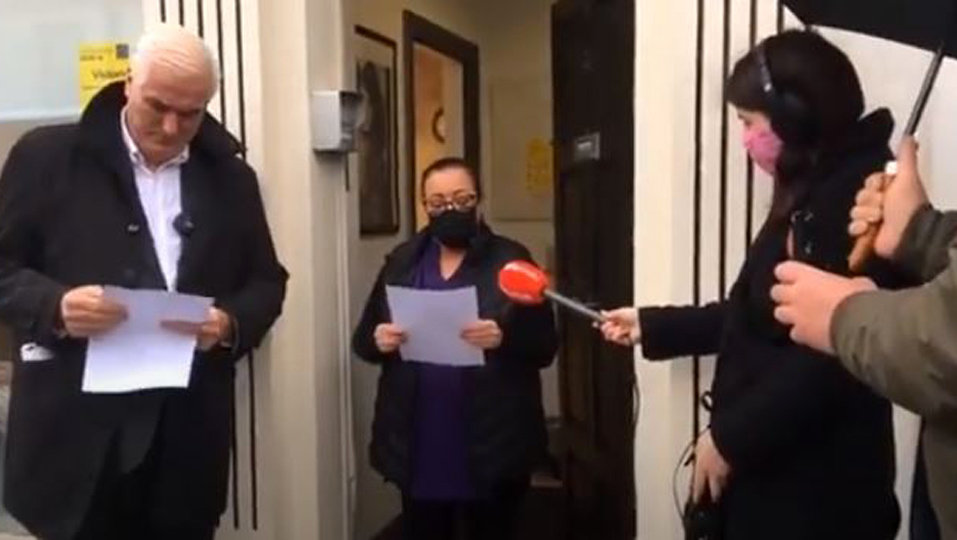 A beauty salon owner in Balbriggan opened her business this morning, only to be swiftly shut down by the Gardaí.

At least two businesses have been closed by An Garda Síochana in recent days after a gym in Donegal and beauty salon in north Dublin decided to open their doors to customers.

The businesses were found to be in violation of the ongoing lockdown restrictions which prohibit the opening of what the government have deemed “non-essential” services, prompting members of the Gardaí to take action against the owners.

C&N Beauty Rooms in Balbriggan opened its doors this morning after owner Christine McTiernan told the media she had to reopen in order to pay her bills and feed her family.

In a statement issued to BreakingNews.ie, a Garda spokesperson said: “Gardaí have attended a retail premises on Dublin Street in Balbriggan and are investigating alleged breaches of public health regulations.

“In respect of regulations, which are declared to be Penal Regulations under the Health Act 1947 as amended, An Garda Síochána continue to adopt the approach of the Four Es which see Gardaí engage, explain, encourage, and as a last resort, enforce.

“Where Gardaí find potential breaches of the public health regulations, the advice of the DPP will be sought or Fixed Payment Notices will be issued where appropriate.”

McTiernan had told Newstalk earlier that she was opening “purely for survival”.

“I am taking a stand on my behalf. This is for me. I have to do what I have to do to pay my bills and that is what is important to me,” Ms McTiernan said.

“I have to put food on the table. I have to pay my rent. All my bills have to be paid.

“What is happening does not stop my bills from coming so I have to pay them. So yes, it is purely for survival I am doing this.”

Meanwhile Gardaí in Donegal confirmed they closed a gym in Buncrana which was operating illegally during the lockdown.

A spokesman for the force told local media that a file is now being prepared for the Director of Public Prosecutions following their attendance at the gym last week.

This was the scene as Christine McTiernan opened her business this morning:

Christine McTiernan has opened up her business in Balbriggan 👏🏻#thegreatreopening pic.twitter.com/D6SDLJoX4G