REVIEW: Games to pass the boredom: Stalker – Shadow of Chernobyl 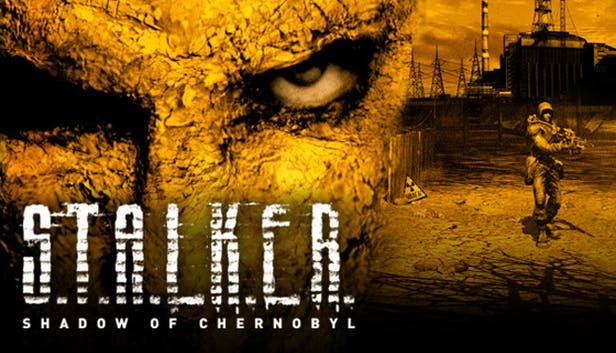 STALKER is a first-person shooter, published by THQ in 2007, based loosely on the 1972 Russian short story Roadside Picnic and its film adaption ‘Stalker’. The fact it’s a game based not only on Russian literature but based on Russian literature from the height of the Soviet project should help you understand that STALKER is going to be bleak.

STALKER is set in the Zone, a restricted area which surrounds the Chernobyl Nuclear Power Plant and the land and villages around it. In STALKER Chernobyl exploded twice, with the second explosion causing damage to reality itself. Animals and human mutate and develop strange powers, the laws of physics and reality start to break down in areas of the zone called anomalies, and the Ukrainian military cordons off the entire area to stop anything from getting in or getting out.

=The only bright side, to the extent it is a bright side, is that some of those abominations against God’s order and reality are beneficial. Anomalies spawn artifacts – items that can heal wounds, make you impervious to gunfire, cure cancer, or even grant wishes. Because of the existence of artifacts people, called Stalkers, sneak into the Zone, risking a horrible death or sometimes things worse, in order to find artifacts and sell them to the outside world.

If a bleak Russian world in which Mankind has destroyed itself and is now scavenging in the ruins of its own broken glory so that the few children who don’t die of radiation sickness don’t get eaten by wild dogs before they can walk sounds familiar to you it’s probably because many of the developers of the STALKER series later went to work on the far more widely known METRO series. 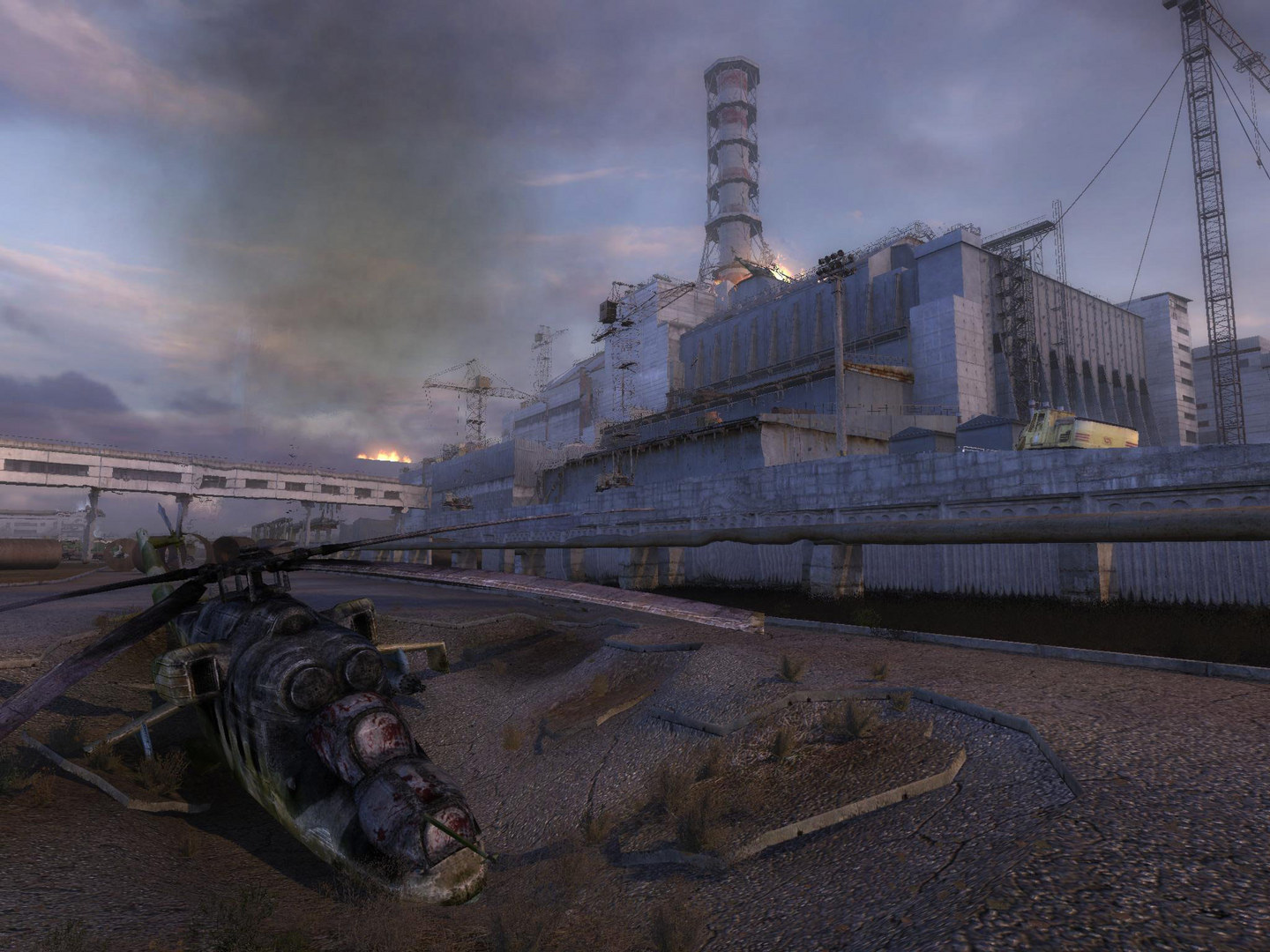 STALKER, however, is an excellent game in its own right and does many things that METRO doesn’t do, and it tends to do them well. It’s also a buggy mess in which you may find an NPC has burnt to death in a campfire because they couldn’t figure out that they were on fire.

It’s a difficult game but it’s largely difficult in the same way that Dark Souls is difficult. And that’s not just something I’m saying because any game with a player skill based barrier to entry has to be directly compared to Dark Souls. Both games are difficult in that they reward, and to some extent require, a player to go with particular play styles over others and become relatively easy if you can figure out what that play style is and stick to it.

It also has internal systems which seem to go out of their way to limit and frustrate players. You’ll need guns to survive, but guns degrade over time, starting to jam and break as you use them more. There’s also no way to repair them so once a gun starts jamming it will never stop. Much like Bob Marley, prior to his jam stopping death. So enjoy that cool gun you found, because you won’t have it for long.

When I first played STALKER I had come from one of the Elder Scrolls games, which meant I was used to picking up everything that wasn’t nailed down and had an item or weapon for every situation. STALKER’s inventory system is weight based and plays like it was designed by an AI that hates YOU personally, like a discount store Allied Mastercomputer.

So you may be thinking “the game wants to frustrate you, the difficulty will make you play in a way that the game has decided is correct rather than the way I want, the inventory system is a nightmare, and it’s a buggy mess. Why exactly are you telling me it’s good?” And the answer is simply that STALKER is far better than any individual analysis of its parts would suggest it should be. Taken together the systems work when individually they just don’t, much like the members of the Beatles and their respective solo careers.

Where the game succeeds is in its atmosphere. STALKER is an incredibly immersive and atmospheric game. The Zone and the people in it feel alive and there is a real feeling of tension in the game. The difficulty and the systems that restrict player choice play into that and make players engage with a world which is legitimately challenging and hostile. Weight limits make every shot count, every bandage used to heal up a real loss, it requires the player to stash items they’ve found with an eye to coming back for them later when they’ve less gear, the difficulty means that sometimes avoiding combat is just the smarter option but then the breakdown of weapons requires combat so that players can scavenge off those they kill in order to survive the tougher challenges ahead. Together with the visuals and a fantastically despondent soundtrack those things build an incredible atmosphere.

And that’s the problem with trying to explain why people should play STALKER to people who haven’t already played STALKER, or tried to play it and couldn’t get past the first bandit shoot-out. Immersion and atmosphere are generally things you have to experience to understand the importance of. So, rather than give you a technical description of why STALKER is atmospheric I’ll end by just giving you a story of when STALKER most clicked for me. 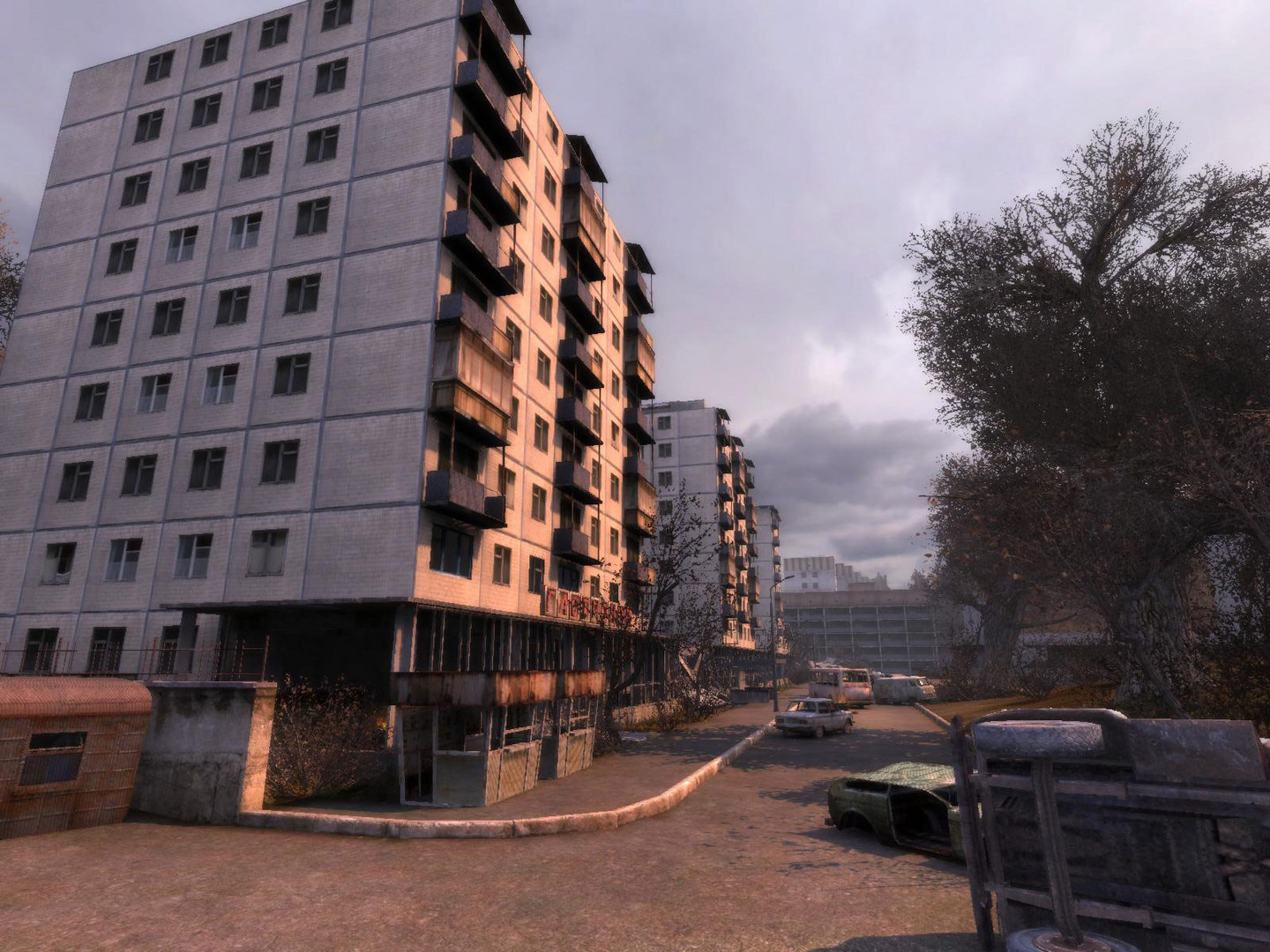 I was in an abandoned apartment complex, hunting for artifacts I could sell so that I could buy armour or a gun that wouldn’t jam 15% of the time I tried to fire it. It is pitch dark and I’m basically scrabbling around the place half blind. I have a flashlight which I don’t want to use because God knows what sort of mutant could be nesting in here. I had gotten several stories up and so far hadn’t found much, a couple of bottles of vodka and some bandages, when I start hearing noises coming from beneath me. I move to the stairwell and see lights, men wearing balaclavas with beaten down weapons: bandits.

This was not an optimal situation as I had 4 bullets left in my gun, a knock-off Soviet handgun, at the time and I was saving those for either shooting wildly at feral dogs or discretely committing suicide.

But, as the bandits move up the apartment building towards the floor I’m on they move apart from each other, turning an impossible fight into a series of discrete encounters that I might be able to pull off if I’m quick.

I sneak down to the floor below me, finding a single isolated bandit, and heroically shank him in the back. I take his gun, a sawn off shotgun, and I begin moving from room to room with a simply plan – isolate a single bandit, kill him with a minimal expenditure of ammunition, pick up his gun, kill as many other bandits as I could using that gun, pick up the best gun I can find on those corpses, and repeat until there are no bandits.

I left that building laden down with weapons I planned to sell back at a small black-market trading post I knew about. The money I’d make from the weapons would mean I could afford the gear I’d need for my next job and so the apartment block had turned from a total clusterfuck to a great success. On the way back I ran into a pack of wild dogs, got mauled by them because the weight of the weapons I picked up reduced my movement speed, and bled to death on the road home. I then realised I hadn’t saved the game since just before I went into the apartment block. That experience was a decade ago and I still remember it, and there are not many video games that can give you that.

Shadow of Chernobyl can be picked up on Steam for basically nothing.