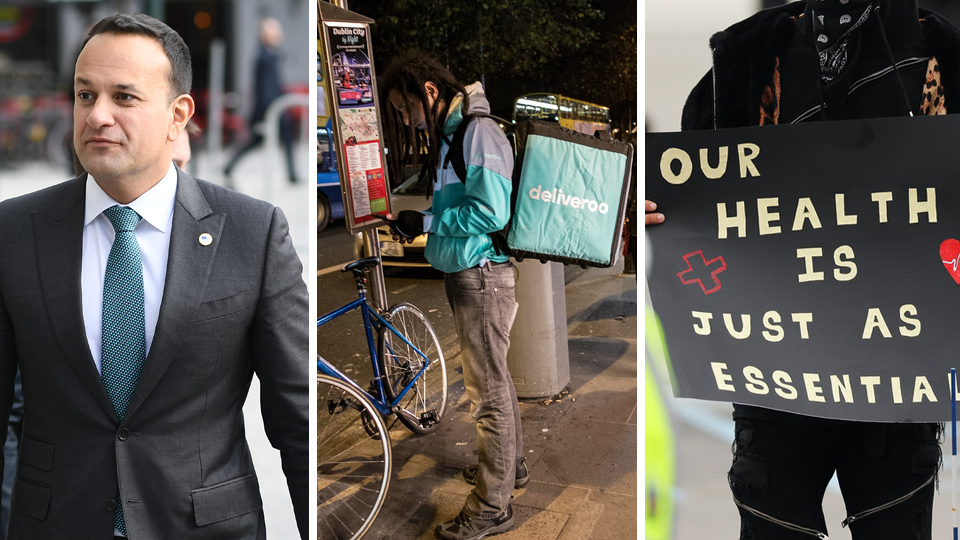 The Department of Enterprise, Trade and Employment has just released its statistics on the number of work permits issued to Irish companies for February 2021.

In the first two months of 2021, companies based here were issued with 2,332 work permits compared to 2,763 for January and February of last year. Indeed, numbers for January 2021 were slightly up on 2020.

The fall of 16% is not particularly significant given the catastrophic economic and social impact on the vast majority of Irish businesses and workers.

It is also perhaps significant that much of the decline has been due to the fact that food processing companies, and in particular the meat factories, have seen the numbers of work permits issued fall dramatically.

In January and February of 2020, Anglo Irish Beef, Dawn Meats, Kepak, Kildare Chilling, Liffey Meats, Rosderra, Slaney Meats and Stauntons were issued with 600 permits. That fell to just 48 in the first two months of this year.

So, credit is due perhaps to that sector for reacting positively to the understandable public unease at the fact that workers were being brought into the country at a time when everyone else is subjected to drastic restrictions. It also perhaps indicates that the Cassandras who were claiming that there would be no meat on the shop and butcher’s shelves if it were not for work permits being granted to foreign workers were somewhat off the mark.

So it seems apparent then that all of the fall off is accounted for by the food sector. Another major beneficiary of the permit scheme are the hospitals, and those numbers remain high. That is understandable in the light of the nature of the health service.

The other key driver of work permits are the technological corporations. Despite the fact that they obviously regard themselves as somehow responsible for policing what there is of a public debate on Covid and the lockdown – as evidenced by the ubiquitous warnings and notices that crop up when such matters arise – they seemingly consider themselves to be immune from all the restrictions they urge on the rest of us, and on other economic sectors.

So, for the Woke techies it is clearly a case of “Do As I Say, Not As I Do”. In a country increasingly grown strange; in which Good Samaritans rescuing dogs, citizens exercising their right to attend a protest or simply wishing to practise their religion are suddenly up there with subversives on Garda lists, there are as always exceptions.

The exceptions seem dependent as always on the nature of your turning a blind eye to the regulations that apply to some, but not to others.

One person who obviously does not regard the importation of workers not only from outside the EU/EEA but from Brazil which yesterday recorded the highest ever one day number of Covid cases, as anomalous is Tánaiste Leo Varadkar.

Met Deliveroo riders today.  Wanted to hear first hand about the issues they are experiencing.  These are essential workers who should be treated better.  Will be following up.

He tweeted that he had met Deliveroo workers and that they are “essential workers” who ought to be better treated. Well, he’s the person in government, and it is far more likely that he is on nodding acquaintance with the employers of low wage workers than most of us. So talk to them, rather than virtue signal the rest of us. And “essential workers”? Really?

As someone tweeted in response, where does that leave hairdressers, plumbers, priests, barmen, gym instructors, and so on? Some people are so far removed that they do not even see the glaring contradictions in their own actions.

Deliveroo riders from Brazil are essential workers, however;
A hairdresser from Listowel isn't
A plumber from Nenagh isn't
A plasterer from Gort isn't
A gym instructor from Naas isn't
A barman from Trim isn't
A seamstress from Castlebar isn't.
A priest from Limerick isn't.

Ireland, Artificial Intelligence and the Coronavirus