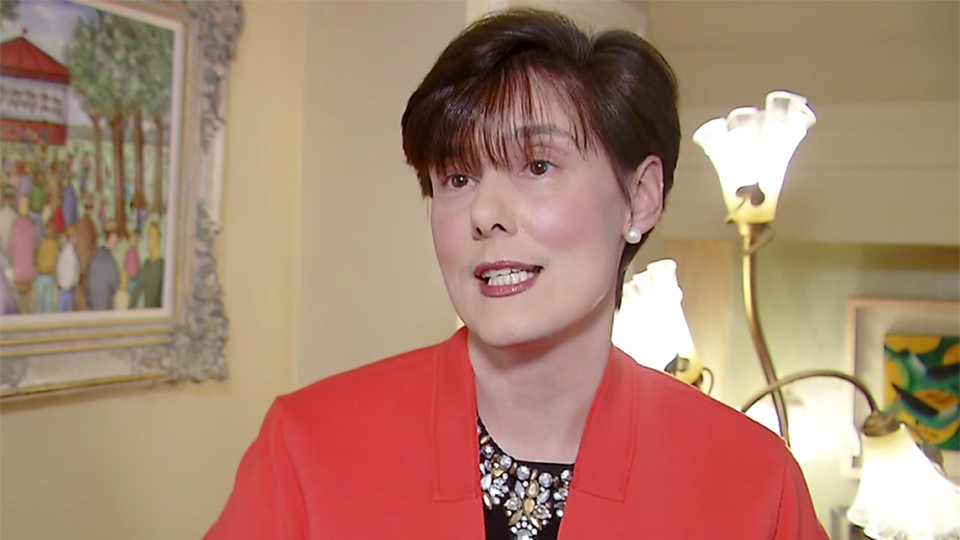 “So will they be sent home if they refuse to wear the mask?”, asked Richard Downes on Prime Time last night.

“Yes absolutely, everybody is expected to wear the mask” replied the Minister for Education, Norma Foley.

Good news, if, like me, you are the husband of a teacher, or indeed if you are a teacher yourself. There are downsides too, which we will come to in a second, but the discipline issue in terms of the re-opening of schools is something which has not received much coverage.

Simply put, teachers are in a very weak position if a child simply refuses to obey the rules as they relate to the pandemic. In the old days (a mere twenty or so years ago) a child who was being a nuisance in the classroom could simply be told to stand outside the classroom in the corridor. Not anymore, of course, because of insurance, and the risk that some calamity might befall them while they are alone in the corridor.

Bringing a thousand or so teenagers into a secondary school and telling them all that they absolutely must wear their facemasks and socially distance at all times sounds all right on paper, but does anyone think that there won’t be a few little twerps out of every thousand children who see this new regime as the perfect opportunity to showcase their rebelliousness? What powers does a school have, in other words, if somebody simply refuses to comply with the regulations that are there, in theory at least, to protect everyone from a killer virus?

Send them home, says the Minister.

One under-reported concern that teachers have, up and down the country, is that they’re essentially going to be expected to cater to two sets of pupils at once this year – those who come into school, and those whose parents choose to keep them at home, for whatever reason, but who will expect to avail of “distance learning”, like the entire nation did back in April and May.

If a child refuses to wear a mask, either on their own initiative, or at the urging of parents who are opposed to a facemask, does that child forfeit their right to an education?

Yes, would be my answer, but then I have no reason to care about votes. Politicians do, and it is much easier to bash the teachers than it is to bash the troublemakers who will not wear masks and the parents who might encourage them.

And so then: Are teachers to be expected to teach their classes during the day, and then go home in the evening and teach them all over again, over the internet, for the special cases?

In any case, there is a very reasonable question as to how enforceable this mask mandate is. The exceptions to it, of course, are the same as the exceptions to it for you and me when it comes to wearing one in public. All we need is a note from our doctor saying that wearing one makes us uncomfortable and claustrophobic, and hey presto, we can breathe away till our lungs are content.

Not wearing a mask is one thing, of course. But what about the other risks? We’re all aware of the gangs of teenagers who thought it was great fun during the height of the pandemic to go around coughing in the faces of members of the public. A good number of those hoodlums will be trooping back into schools this week, no doubt some or all of them with a teacher or two they dislike. What’s a school to do when one of them decides its great fun to cough in Mrs. Murphy’s face?

“Our guidelines are very clear”, said the Minister, repeatedly, on telly last night. But they’re not though, are they?

And it’s not just on that subject that she skated around the issues either. Here’s a primary school principle’s take on Foley’s claim that getting substitute teachers wouldn’t be a problem:

Unfortunately talking utter rubbish again. Subs will be a huge problem! And worse than it has been in the past few years!

Speaking of utter rubbish, here’s RTE’s Ciarán Mullooly, with a report from a midlands primary school which has set up an “isolation room”, in which sick children are to be detained until they can be retrieved by their owners:

ISOLATION ROOM? Parents & staff at Clonbonny National School bear Athlone are NOT happy with the lack of support from Dept of Education in their efforts to get extra space at the school. This is the garden shed – where children with covid symptoms will be isolated at the school pic.twitter.com/BVodP1KkKE

On the bright side, a prison chamber like that might have a nice deterrent effect. Every five-year-old in Athlone will be absolutely terrified of coughing for years to come, lest they end up in “the chamber”.

“Teachers and students are going to get sick”, admitted the Minister on television last night. “What happens then will be a matter for public health”.

Public health, you suspect, are going to be rather busy.