Folau and the future of religious discrimination 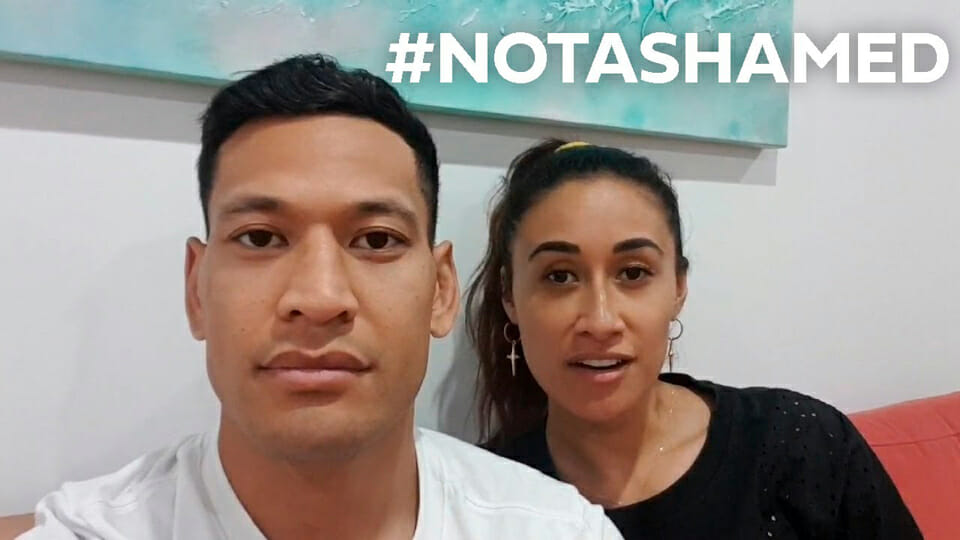 The dispute between Israel Folau and Rugby Australia may have ended last week but it was only one of the more prominent cases involving religious discrimination with many other incidents in Australia and overseas receiving far less, if any, media coverage.

However, new laws by themselves will be of limited effectiveness.

Over the past few decades an increasing number of Australians have become skeptical of the value of religion especially traditional expressions of Christianity. One of the clearest indications of this attitudinal change is the rapid decline in Christianity accompanied by a similarly rapid increase in individuals with “no religion”.

Such a change in religious belief is not surprising especially considering the many failures of religious leaders ranging from the sexual and physical abuse of children by religious authorities, financial fraud, religiously inspired violence and the inappropriate treatment of women and members of the LGBT community.

The negative attitude of many Australians towards religion could limit the effectiveness of religious discrimination laws as those hostile to religion may seek out novel or clandestine ways of disadvantaging religious adherents. Further, as this skepticism towards religion is found among government officials, tribunal members and judges any laws enacted may be interpreted and applied narrowly further weakening any legal protections available.

The strong resistance from some sections of the community against religious discrimination laws could also undermine any laws enacted as future lobbying from these individuals may result in amendments that will weaken any protections provided.

Considering that cultural change is required to provide effective protection against religious discrimination what should be done to improve the community’s understanding of the value of religion?

Acknowledge the errors of the past

As a first step, religious communities must be honest about past failures, apologise for the harm caused, take appropriate steps so that the failures are unlikely to be repeated, and ensure the community knows that these steps have been taken.

The Sydney Catholic Archdiocese website, for example, on its homepage has a link to a page addressing the Royal Commission into Institutional Responses to Child Sexual Abuse and the Catholic Church’s response to the Commission and another link to a page entitled “Safeguarding and Child Protection” that discusses how the Archdiocese established a Safeguarding and Ministerial Integrity Office in November 2015. Similar approaches have been taken by other religious communities including the Anglican Diocese of Melbourne and the Uniting Church of South Australia.

Raise awareness of the positive contributions of religious groups

There is also a need to raise community awareness of the extraordinary social contributions made by Anglicans, Catholics and other religious groups in fighting injustice and helping those in need through establishing schools, hospitals, homeless shelters and many other charitable organisations.

The Catholic Archbishop, Julian Porteous, for example, has declared that there are “6,600 people employed through our 63 member organisations and 500 different services which cared for 1.1 million people in 2010”. The Church also manages “66 Catholic hospitals, with 8,900 beds … 21,458 residential aged care beds … eight dedicated hospices with palliative care services … 5,393 retirement and independent living units … 1,690 Catholic schools [and a] vast array of services offered by volunteers in parishes”.

An excellent example of how an organisation can promote the contributions made by religion while acknowledging the errors of the past is provided by the Centre of Public Christianity. This level of engagement will be beyond the ability of most but everyone can be effective in improving community perception through letters and phone calls to the media, supporting films, art and other initiatives that highlight the positive contributions of religion, encouraging schools and universities to accurately cover the historical impact of religions, and through discussions with family and friends.

Religious adherents must also be prudent in discussing and promoting religious views especially on controversial issues. This is particularly the case on social media considering the preference many users have for addressing issues in a shallow, misleading and inflammatory manner.

Social media can be a useful tool for promoting religious perspectives but, as the Folau case illustrates, it can be a poor medium to address complex moral issues that will often be better approached in formats that allow for a more detailed and nuanced considerations of the issues.

Search for solutions that meet the legitimate needs of all parties

Critics of religion should be cautious about using social and political power to try to force the religious to abandon their beliefs as such actions could ultimately harm, rather than help, the community.

Religious organisations such as adoption agencies, for example, may decide to stop operating rather than violate their religious convictions and it should not be too readily assumed that the government or private sector will easily fill the gap left. Religious organisations will often be able to provide their services at a higher quality and lower cost than competitors especially due to their ability to rely on an extensive volunteer force inspired by both humanitarian and religious motivations.

Similarly, a pro-life nurse or doctor will often resign rather than participate in medical procedures such as abortion. Such an outcome is a loss not just for that professional (and those relying on them) but also the many patients denied the benefit of health care provided by a competent health professional inspired by their religion to care for the sick.

There is no need for such an absolutist approach to be taken especially when the convictions of religious adherents can be reasonably accommodated.

In its dispute with Israel Folau, Rugby Australia had the admirable motive of refusing to support discrimination. However, requiring Folau to remove his summary of the Bible placed him in a position where he considered compliance would require him to reject Christianity.

Folau has shown his willingness to support the LGBT community by posing for a gay magazine and repeatedly affirming his opposition to discrimination including in the joint statement released after the settlement. His position suggests that alternative solutions might have been available that would have allowed him to publicly reject discrimination against the LGBT community without requiring him to violate his religious convictions.

This conciliatory approach will not please everyone but living harmoniously in a pluralist society often requires compromise.

Well-drafted religious discrimination laws that respect the legitimate competing interests in this area will be a valuable tool in addressing the harm suffered by religious adherents.

The real work, however, must be done within the community especially through ensuring that past errors made by the religious are not repeated, promoting the great humanitarian contributions made by religious individuals and organisations, exercising care in the discussion of controversial topics, and being open to compromises that will allow those with different worldviews to successfully live together.

Dr Greg Walsh is a Senior Lecturer at The University of Notre Dame Australia. Commentary is welcome and can be sent to [email protected] His article is printed here with permission