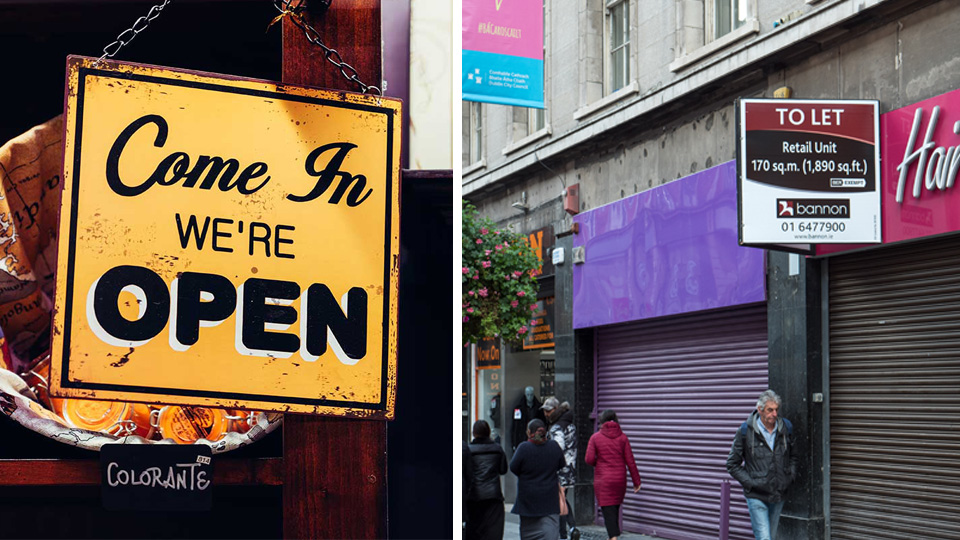 Looking back on the last few NPHET pressers and Taoiseach Micheál Martin’s message to the nation last night (March 30), the reckless embrace of societal paralysis prompts a lot of head scratching. When you aren’t ruled by fear of an endemic virus which has pretty low mortality for all but a select cohort, the absence of a rational assesment of risks and counter-risks seems inexplicable.

I say select cohort, by the way, not to dismiss the fact that Covid-19 poses a significant threat to the elderly – with an increasing and exponential (with age) risk to those over 65. I make this point to highlight the fact that we know exactly who is at risk, and we can come up with strategies to protect these people, while also protecting societal well-being and the economy. In fact, according to Public Health Policy expert, Dr. Jay Bhattacharya, and his co-signatories of the Great Barrington Declaration, we can come up with Focused Protection policies that will work better at protecting these at-risk groups than the mass lockdowns do.

The other part of the message coming from our government and their pet scientists which feels realy distasteful, is the blame casting on the public, and the inexplicable feeling that there are less restrictive rules for some (like professional sports) and more restrictive rules for the mere peasants (kids sports clubs and the GAA). This rules thing – and there were many in Taoiseach Michael Martin’s release last night – seems more Animal Farm than 1984; a parody of sensible policy.

The NPHET’s scapegoating on house visits seems designed to turn neighbour against neighbour; all of which is a really ill-advised public health strategy according to the expert on the matter, Dr Jay Bhattacharya. I’ll explain that later, but first, we should look at the inexplicable appeal of NPHET.

Part of the reason that there is such a breathless embrace of the doomsday predictions and extravagantly authoritarian strategies of the NPHET, is that people just don’t know there is a workable alternative.  And by a workeable alternative I do not mean a “Let-It-Rip and the elderly be damned” policy, as the lockdown enthusiasts try to paint it.

There is far more nuanced approach which has a much more realistic understanding of reality than that; and the good thing is it is being tried and it is working.

You wouldn’t know it by reading the Irish establishment media, but there is an alternative Covid-19 public health strategy out there, which is being advocated by world-renowned experts (not covidiots, conspiracy theorists, or other derired groups) who have produced the data to back up their ideas.

These are people who actually “follow the science” and not just the headlines in the latest fear-mongering media articles. They analyse test results, they use statistics and a knowledge of public health policies to propose strategies which are humane, focused, and don’t clamp down on freedom and the civic welfare of the citizen.

A few days before NPHET issued their latest set of paralysing demands, another committee was sitting in Florida to describe an alternative meta-strategy, and discuss the results of its implementation so far.

A round-table public health discussion was being held by Florida Governor, Ron De Santis, in which the data from Florida public health policies were discussed with expert contributions from Dr. Jay Bhattacharya, Professor Sunetra Gupta, Dr Scott Atlas and and Dr. Martin Kulldorf – all world-renowned experts in their fields. They talked about policies of Focused Protection and Florida’s experience of implementing them over the past year.

For us, observing from afar, the interesting thing about the policies discussed is that they were not theoretical and untested strategies, they had results which they could compare with other jurisdictions who ran different policies. We have nearly a year of measured trends and consequences of these focused strategies and the results are interesting.

Florida, despite its lack of strict controls to tackle Covid-19, has not had a case or death load that the covid neurotics predicted (neither has Texas, by the way, after its mask mandate reversal). In fact, it has had less deaths and cases than 70% of American states, including the ones who had uncompromisingly strict lockdowns.

It is also, despite the media narrative of demonising the state, powering ahead with one of the most sucessful rollouts of vaccines in the country. They have already vaccinated 75% of the seniors in the state and will move on to the under 65s very soon.

That’s amazing isn’t it? If you believe that lockdowns save lives, Florida should be suffering a far higher rate of deaths and cases than, say, California which has a relatively similar demographic and latitude. However reality – which is the best test of science – gives the opposite result. What’s going on here? Surely this thing they call “the science” – the stuff we’re told is being followed by Ireland’s elite – couldn’t be wrong.

Or could it possibly be that those in NPHET and their satellite belt of media lackeys are set on a course and don’t want to acknowledge another direction might produce better results. Or maybe they have large gaps in their understanding of the risks and dangers before them. Maybe Covid-19 is only a part of the risk, and their exclusive focus on that is only making things worse. This is why we could benefit a lot by comparing the conferences in Dublin and Florida, and the policy direction of both.

We’ve covered some of the results of Florida’s policies, but there was another thing highlighted by Kuldorf and Bhattacharya, which has rarely been mentioned anywhere, and which they warn could have a lasting and very damaging legacy. They asked: what effect on future Public Health Policy will the draconian and repressive measures taken against the public to combat Covid-19 have?

It is only when you ask it, that you realise that this is a festering discontent that we are storing up for future eruption. Trust in the experts will suffer a blow, and potential future buy-in for future health policies may not be forthcoming.

Dr. Kuldorff was critical of the use of fear to achieve lockdown compliance, and was highly critical of the singular focus on this one threat to “the neglect of all the enormous collateral public health damage,” which he said was a departure from the basic principles of public health.

He said the lockdown successfully protected professionals who could work from home; for example; lawyers, journalists, politicians, scientists, etc, while low income workers such as drivers and shop workers and meat plant workers were taking the whole public risk. Children suffered needlessly by being denied social contact and learning at school. At the same time those who were really at risk, the elderly, didn’t receive adequate protection even though that was provided for in the pandemic preparedness plans of many countries which were jettisoned in a panic at the first sign of a pandemic.

He commented that Florida did well on this measure, by the way, by implementing foccussed policies such as having having strict testing of the staff at nursing homes. Contrast their successes to the disaster of Nursing homes in lockdown Ireland.

The failure of the lockdown to prevent deaths, and the fallout that will be seen in the coming years from the collateral damage to the health screening system has dealt a blow to the trust in Public Health which may not yet be evident; but it is significant.

Battacharya said that inducing panic was an enormous error. As was lying to the public (as officials did about masks in March last year and then turned about and said it was a noble lie to prevent panic buying); creating division and moralising about public behaviour suchas outdoor mask wearing; stigmatizing disease to the point where people were afraid to admit they had had it. “Almost every rule that I understood to be good public health practice has been violated during this epidemic” he said.

The language from our public health officials and our political leaders is one of distrust. Blaming the public for fluctuations in cases and shaming people for not complying with senseless regulations, does little to foster an atmosphere of trust between the public and the health authority. The incentivising of public shaming  and informing on neighbours was also a catastrophic public policy error. Talk about destroying social cohesion and trust.

Author, Sebastian Junger, writing about PTSD and the effects that a community with a “shared belief in its story”, has on the resilience of its members says: “The earliest and most basic definition of community – of tribe – would be the group of people who you would both help feed and help defend. A society that doesn’t offer its members the chance to act selflessly in these ways isn’t a society in any tribal sense of the word, its just a political entity that, lacking enemies, will probably fall apart on its own.”

Our leaders say they are working to protect us all, but the reality is that a significant and growing minority feel abandoned and utterly betrayed by a selfish and manipulative elite. They feel they have been lied to and belittled by an elite who have contempt for them; and who are blinded by their own arrogance.

Despite the sloganising language of unity; with transparent and patronising catchphrases like “in this together”; the inherent falsehoods in the present public health policy is alienating to large segments of society. We are patently not in this together. About a third of the public are distrustful of, or vehemently opposed to lockdown; and the top down coercion of the dissatisfied leaves us like the disunited tribe described by Junger.

These coercive policies and the distrust they engender work to dissipate a societies “shared belief in its story” and its resilience. The next time we meet a major societal challenge we will be that much less prepared, and less willing, to face it together.

So NPHET may get their lockdown way and have all the beach walkers and mass goers in the country arrested, but who are the winners in all this?