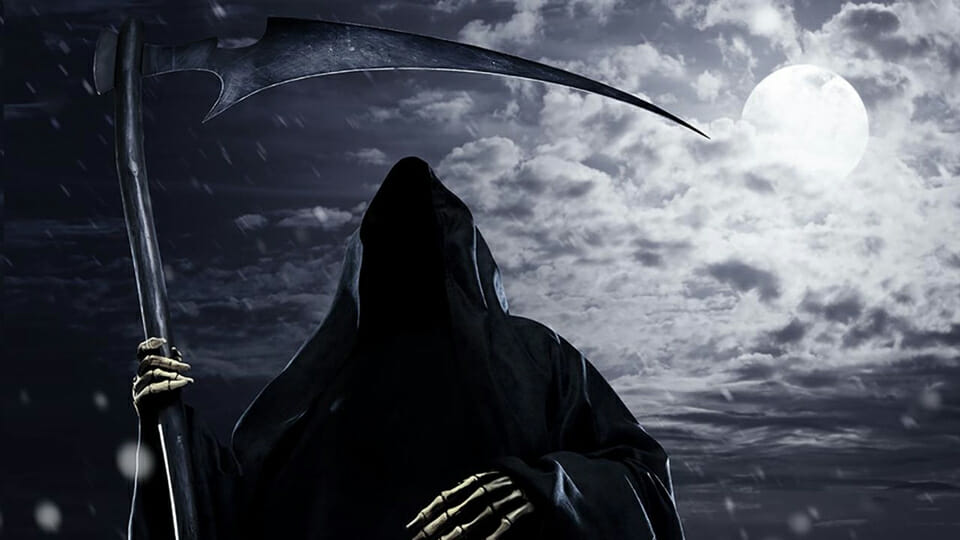 If you’re like me, you may have felt chills the first time you watched the 1999 movie “The Sixth Sense”.

Without revealing the superb twist for those of you who have not watched it, the film revolves around six-year-old Cole Sear (Haley Joel Osmont) whose mother thinks he is disturbed. Psychologist Malcolm Crowe (Bruce Willis) is drafted in to talk to Cole, who eventually reveals the source of the problem – he has the unnatural ability to see ghosts.

“I see dead people”, he informs us. “Walking around like regular people. They don’t see each other. They only see what they want to see……they don’t know that they are dead”.

That scene has come to my mind more than once in the weeks since the election, as the nation has been treated to the spectacle of Fianna Fáil and Fine Gael trying to form a Government without the allegedly corrupting influence of Sinn Fein. It came to mind again last night, watching Mary Lou MacDonald receiving the cheers of a packed rally of supporters while Fianna Fáil and Fine Gael politicians sniffed on the radio and in print that “the election is over”, as if it was somehow unfair play for Sinn Fein to bring their message to the electorate.

And what a contrasting message it is.

In the aftermath of the election, FF and FG have gone back into their pre-election shells, behaving largely as if the election was simply a minor inconvenience to be ignored before going back to business as usual. Having been lured out of Leinster House for a few weeks in January and having had to endure the torture of talking to the ordinary people of the country, the two traditionally larger parties have reverted to type. When they appear in the media now it’s all “deals” and “negotiations” and “forming a government”. They probably think it makes them sound like the grownups, and not like the boring old uncles the electorate have just asked to leave.

Sinn Fein, on the other hand, is still campaigning. It appears to be the only party cognisant of the very high likelihood of a second election happening in short order. In every interview, its spokespeople are driving home a message that only SF cares about housing, and homelessness, and health, and every other word beginning with “H”.

The country voted for change, and only one of the three large parties sounds eager to implement change. Even Fianna Fáil, the party that promised to lead a Government of change, now seems hellbent on putting Fine Gael back into office. What’s more, it doesn’t sound like a party that’s remotely interested in leading a Government of change – it sounds much more like a party desperately trying to cobble together any kind of arrangement that might actually *prevent* change.

The two old boys – FF and FG – sound tired, and ready to be put out to pasture, possibly permanently. Having spent ten years pandering to the growing left-wing social movement, feeding it, nurturing it, and bowing to its every whim, they are now utterly consumed by it. They’ve spent so long surrendering to it that they’ve forgotten entirely how to fight it. They’re standing around and looking at the electorate like Neville Chamberlain in 1940, looking across the channel, whispering to himself that he gave the little fellow everything he wanted – how could he turn around and do this to me?

These people, like the last Pharaoh of Egypt, have nurtured the asp and clasped it to their bosom. They funded and build the entire intellectual infrastructure that their enemies are now using to destroy them. Billions per annum have been poured into left wing charities and advocacy groups and lobbyists in order to make the case for change. Thanks to FF and FG in turn, the public have been fed a relentless diet of arguments for more spending on this, and more spending on that. Not a week goes by when the public don’t hear from an NGO that the country is more riddled with inequality than some African potentate, crying out for more taxes and more “investment” and more “social solidarity”.

They did this, in its entirety, to themselves. They created the very beast that has now slaughtered them, and boy do they deserve it. It’s the rest of us who don’t.

The truth is that in FF and FG, there remains absolutely no understanding of why they lost to begin with. You hear it when you talk to them, the party loyalists. There’s almost a feeling that the electorate have gone slightly mad, and that the fever will shortly break, and there’ll be a return to normalcy. If the two of them just get together, some argue, and provide five years of middling government, the electorate will get bored of this desire for change and respond to FF and FG like the biblical father welcoming back his prodigal son. But what would that Government do, you ask them? They can’t tell you.

“Oh, we’d solve the problems in housing and health”, they say. But that’s not an answer, and besides that, if it was so easy, they’d have done it long before now. The problem is much bigger than that.

Mary Lou McDonald has a vision for the country and a story to tell. She doesn’t just know what the problems are, she seems to know what’s caused them. She doesn’t just know what the solutions are, she seems, to the normal person, to have convincing answers about how to solve them. She doesn’t simply want to fix the problems, she wants to build an entirely new version of Irish society. One might disagree with her, but there’s an energy and a drive there that even some other left wing parties lack entirely. Contrast her with the Labour Party, which looks increasingly like the last black rhinoceros, grazing away in blissful ignorance of its own impending extinction, and you’ll find that while the policy platforms of the two parties are similar, the gulf in intellectual energy and vision is as boundless as the universe itself.

The Sinn Fein vision has been relentlessly reinforced with billions of taxpayer funded propaganda, provided wholly by Sinn Fein’s opponents. It’s an argument repeated so often that most voters can probably recite it in their sleep.

And what of Fianna Fáil and Fine Gael? Not only do they not have any compelling vision for change, they seem to lack all understanding of why change is required, and any awareness whatever of the mandate for change delivered by the electorate. For years now, both parties have been entirely reliant on Ireland’s NGO sector for ideas. A housing policy? Ask the Construction Industry Federation and Peter McVerry. A social policy? Ask the women’s council and amnesty. A business policy? Ask ISME and IBEC, or SIPTU if it affects workers. All original thought left the building somewhere around 2008. And all of the ideas that they had – all the big ones anyway – were left wing ideas.

Politics is, at its core, a battle of ideas, and at present in Ireland only one party is communicating ideas at all. The other two are condemned to act like commentators and pundits, hoping to shape the conversation rather than lead it. Theirs is a political life already lived, and in real danger now of coming to a permanent conclusion, for one of them if not both.

In the Sixth Sense, it took Malcolm Crowe the whole film to come to a very important realisation about the position in which he found himself.

Fianna Fáil and Fine Gael don’t have that kind of time. In fact, it may have run out already.