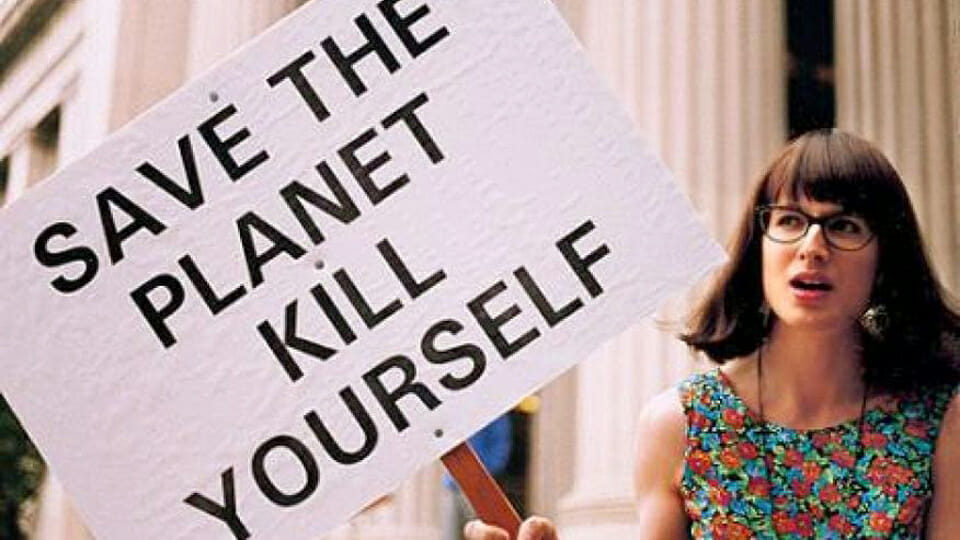 There are two main aspects to the climate change phenomenon. The first is the political movement variously represented by Greta Thunberg and Extinction Rebellion and factions of the Green and left parties. The second is how governments exploit the fear of a threatened global catastrophe to impose new taxes and other restrictions on their citizens.

The two are inter-related where left or Green parties are in power. Let us deal with the fundamentalists first.

Their position is pretty basic. They call for a totally unrealisable objective of zero carbon emissions by 2025. They make absolutely no proposals as to how that might be achieved and their only political position apart from that is to call for the establishment of “citizens assemblies” to replace democratic institutions.

One would have to wonder where the real motivation for this comes from given that the original climate change movement on the left originated within the Weather Underground in the United States in the 1970s. They also supported the Chinese Cultural Revolution and the Cambodian Khmer Rouge.

This may not be un-coincidental as the logic of demanding zero emissions is indeed that western society be deconstructed and reduced into some dystopian subsistence economy – all under the direction of self-appointed commissars of course.

Having failed in their project to build an industrialised socialism the far left is now consumed by a hatred of western culture which has placed them in opposition to everything which that embodies from the institution of the family to the economic structures which by and large have allowed most of humanity to enjoy standards of life unimaginable when Uncle Karl was grimly predicting the imminent collapse of capitalism in the British Library a century and a half ago. If he had been a racing tipster he would have been shown the door. With the failure of economic collectivism the left has reverted to another catastrophism; that if we do not go back to living like medieval peasants, the world will end.

On the other side of the equation, climate change has become another means by which the state can impose more controls on its citizens and extract more of their money.

The carbon tax here is a perfect example. The ESRI has published a report on this which is almost of Flann O’Brien stature in surrealism.

I shall not inflict the whole of it on you but their own summary pretty much encapsulates the absurdity of it all. They claim – with no scientific evidence I can find –  that:

That would be like me saying that alcoholism reduces by 6.75% for every €2.50 increase in the price of vodka. It is a nonsensical proposition dressed up as pseudo-science. There is no evidence for this at all, because predicting the future in this way is not possible with scientific accuracy. Most forecasts on everything from the next election, to housing and to the stock-market are often wildly wrong no matter how impressive the simulations or expert the forecasters.

Indeed, cutting to the chase, what they are actually saying is that the less money people have, then the less they will have to spend on mad stuff like driving to work or going on holidays or god forbid visiting the relations on the weekend. Which is a kind of centre-left version of the madder margins of what Extinction Rebellion is proposing. We all become hermits.

But the ESRI is not replete of social scientists for no reason. They acknowledge that “Carbon taxation is found to be regressive, with poorer households spending a greater proportion of their income on the tax than more affluent households.”

Nobel prize in economics for the ESRI. Seriously, my Yorkie could have told them that.  Less well-off people spend a greater proportion of their income on heating their homes and transport. Who would have thought?

The final part of this has to be digested in its entirety: This is where the ESRI earns its crust and ignores the logic of its own study: “However, returning the carbon tax revenues to households reverses this regressive effect, and the net policy effect is progressive.

That’s just meaningless. I’ve read it ten times. I do not understand what they are trying to say. It is like something written by the proverbial monkeys at a typewriter.

Best guess is that the meat of their study comes to the obvious conclusion that more taxes hurt everyone, but that they disproportionately hurt those on lower incomes. It is not rocket science.  But to justify these taxes they come up with jargon that claims to see this as a contribution to the nebulous concept of “equality.”

References to carbon cheques and how that might be administered seem no more than a rearrangement of the already existing fuel allowance scheme, except that people will be supposedly getting some benefit from not using fuel. How all that is to be monitored in terms of what carbon offences are being committed and how the scheme might be administered is unknown and possibly impossible.

Apart from all of that the ESRI has said that carbon taxes would have to increase from €100 per person every year to €1,500 per person if 2030 targets on reducing emissions are to be attained, and with no evidence even that that would be effective.The other myth of course is that carbon taxes will be “ring fenced” to address climate change. Right. Well, if I wish to protect polar bears there are lots of web sites who might take a direct debit.  The bottom line appears to be that carbon taxes are just like any other tax.

Indeed, once upon a time our ancestors had to pay a tax for having a fireplace – that might have been the original carbon tax.