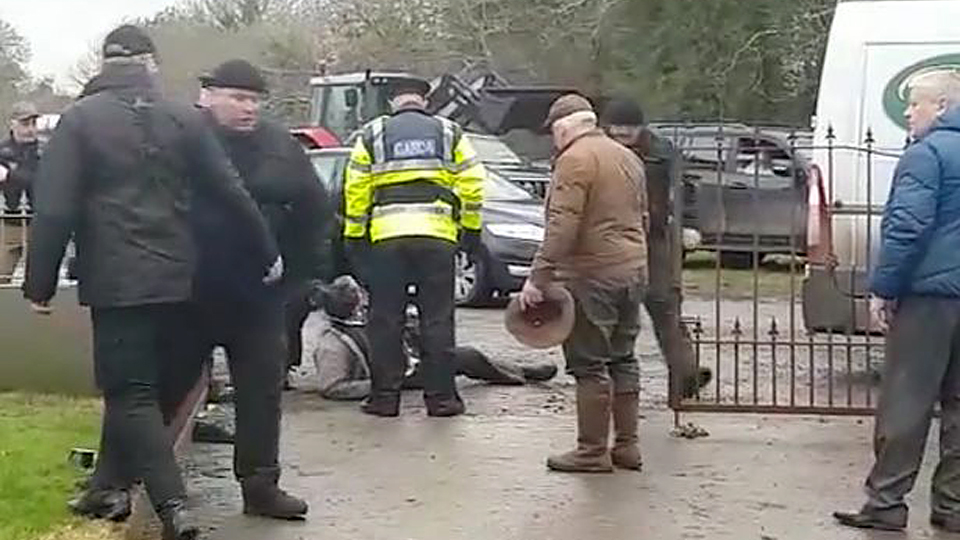 Michael Anthony McGann and Kevin Taylor have been released from custody after 141 days behind bars.

Mr. McGann, who owned the farm and house in Strokestown, Co. Roscommon from which the eviction took place, and retired Garda Kevin Taylor from Longford Town had been jailed by Ms Justice Leonie Reynolds for hampering the repossession of the property by receivers acting on behalf of KBC Bank.

The two men gave undertakings today however that they would not trespass on the property again, and were released after spending five months in custody at Mountjoy jail.

Mr McGann, who was described as a “puppet master” by the judge, was ordered to pay the legal costs of the proceedings, which could be a six-figure sum, whilst a stay on costs was refused by the court.

Legal representatives for the men told the court that the pair wanted further proceedings about the repossession to be heard by the High Court at the earliest possible date.

The men were warned by Ms Justice Reynolds that any breach of their undertaking to stay away from the property would see them promptly returned to jail.

The December 2018 eviction was widely criticised when footage emerged of the McGann brothers being dragged out of the property by a private security firm as Gardaí attended the scene.

The security firm’s jeeps were later burned out at night by a gang who attacked the men with clubs as they occupied the property.

The same firm that repossessed the house was ordered to pay fines totalling €3,000 last year for being unlicensed to carry out the eviction.

The Armagh company was found guilty at Castlerea District Court of six breaches of the Private Security Services Act.

Judge Deirdre Gearty fined the company €500 on each of six counts with costs of €7,500 awarded against the company.

The 2018 eviction occurred after Mr Michael Anthony McGann failed to repay KBC Bank €431,000 from a loan secured several years before.