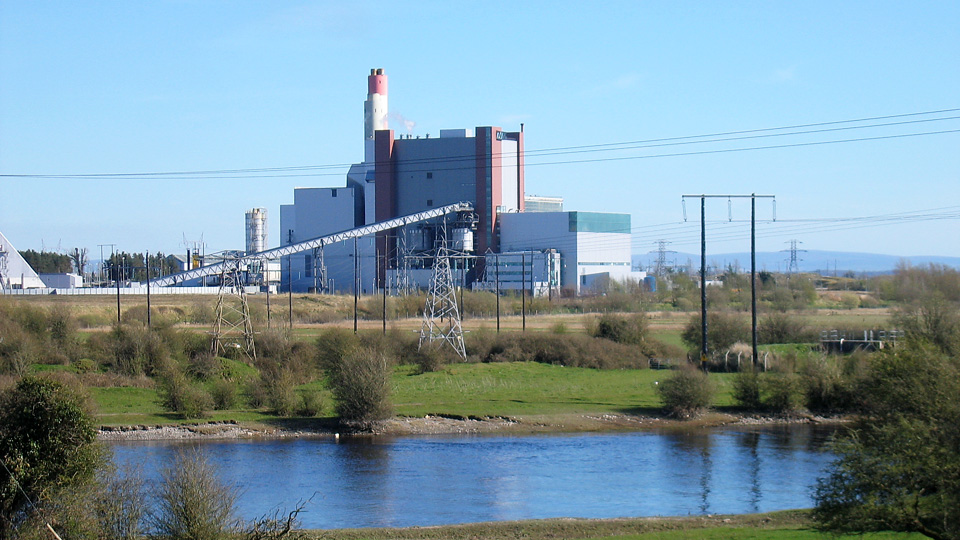 Peat-fired power plant in Shannonbridge, County Offaly, Ireland, with the River Shannon in the foreground Photo Credit: Sarah on Wiki under CC licence

The ESB has confirmed that it is working on plans to demolish its power plant sites at Shannonbridge in West Offaly and Lough Ree in Lanesborough in order to construct “renewable energy centres.”

The semi-state company say the demolition works will assist the State in reaching its emission reduction goals by 2030.

The move has been heavily criticised by local representative and TD’s, including the Independent TD for Laois Offaly Carol Nolan, who has described the move as “a reckless and premature decision that requires urgent and independent re-examination.”

The ESB statement went on to maintain that the company’s commitment to the Midlands can be seen in its €5m contribution to the Just Transition fund.

However, this statement has been attacked as deeply disingenuous after it emerged that the ESB is seeking to have the full €5 million ‘contribution’ refunded through the Commission for the Regulation of Utilities-a move which effectively amounts to a rebate earned at the expense of family ESB bills.

The decision to demolish the two structures has also been criticised on the grounds that both plants are of recent construction (2004/2005).

The estimated construction cost of the Shannonbridge plant was put at €127 million.

It was also noted by the Just Transition Commissioner Kieran Mulvey, following his visit to both Shannonbridge and Lanesborough that both sites were in “pristine” condition.

Local Offaly County Councillor John Carroll has said that the ESB statement has raised more questions than it has provided answers.