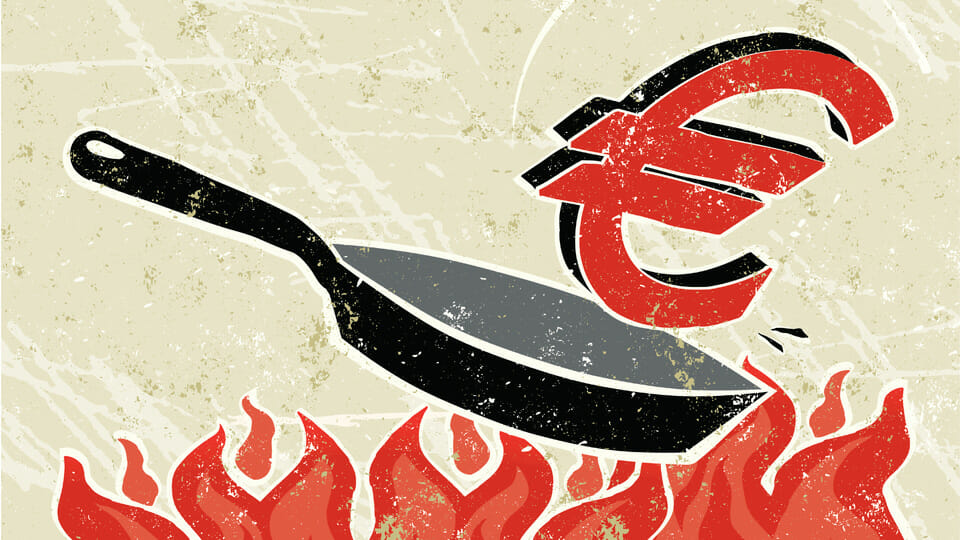 We have no way of knowing what the final outcome of the Covid–19 Pandemic will be for national economies, for the global economy. Nor do we know the likely impact on freedoms, including freedom of worship and freedom of  movement which, until recently, we took for granted. Talk of “Exits” and even the accelerated testing of vaccines need to be put into context of an ‘event’ that dwarfs all comparisons outside of war.

Like other countries, Ireland was wholly unprepared. The lack of capacity was foreseeable. The mistakes in risk management including the delay in imposing control over inward flights from Covid-19 impacted countries were basic–level 101. The Government has defaulted onto lauding the nurses who they previously impelled into strike action, Consultants whose contracts they had previously abrogated and a vocationalism that they disparaged in the religious nursing orders.The absence of a Government with a democratic mandate in the midst of the crisis is a metaphor for the stasis in Irish politics.

What we know, to date, is that the impact of the Pandemic on every macro- economic metric that matters has been catastrophic. Recent US bank data confirm that a very significant proportion of companies, across all developed economies, won’t emerge from under the shadow of the pandemic and, of those that do, a sizeable proportion will remain the walking wounded. The loss of networks, intellectual capital as well as “sweat equity” is immeasurable.

China’s industrial production has fallen off a cliff and, even with a monolithic State behind it, getting back on track will be problematic–as Bob Dylan so memorably put it, “Things have changed”. Projected US unemployment rates of 20/ 25% tells their own story. The IMF and the Bank of England do not lightly throw around references to the “Great Depression”–especially knowing where that particular road led. For a small, open and trade-dependent economy like Ireland, the net effect of these developments is vastly greater than those of  Brexit, which so preoccupied Ireland  just six short months ago.

The impact on Tourism and on Multinational Companies, whose Business Models are being turned inside out, has already eviscerated Irelands fiscal projections, ramping up our indebtedness.The projections, strategies and “committments” of a jaded, ideologically colonised  FG/FF partnership don’t mean a dam–they know it and the people know it.There is no reason to believe that individually or collectively they are any more capable of delivering on them than they were prior to the crisis, especially now that we are dependent on ECB Income Support. Representative democracy is stood down. Catholics are in a kind of “political quaratine”– even tho the sensibilities of the faith– Prayer, Hope and reaching out to families–are far closer to the people than  the dictatorial mind’set of the “Cultural Marxists” that have control.

The trajectory of a “recovery” in the global economy will be supported by innovation in R+D, design and processing–all of which is already evident in vaccine production and testing. Innovation is our friend. But there are limits. Schumpter coined the term “Creative Destruction” to characterize the self-sustaining dynamic of market capitalism. What he didn’t have in mind was an externally created “shock” of this magnitude and one that would exacerbate the weaknesses in the functioning of globalization, sapped of a moral purpose.

That said, it’s important that we bear in mind, nurture and invest in, that creativity which is the hallmark of human anthropology. But–and its a huge ‘but’–for this to be truly transformational in the wake of the impacts of the pandemic, these dynamic effects would have to be supported by reforms in global institutional governance. That’s not going to happen.

The weaknesses of globalization have been exposed–the treacherous trade-off of low cost consumer ‘stuff’ against big (and planned) strategic dependence.  Such dependence is never healthy, as we are re- learning to our cost.But how do we replace it–with what, and who is going to kick-start and oversee it with integrity?  The architecture necessary to provide even-handed international collaboration is simply not there. Think WHO, whose independence has regrettably been called into question. Think UN, which is honeycombed by NGO’s with their own Agenda’s.

The governance of  financial markets–driven by private profit and the exploitation of Debt, rather than the Common Good, has not changed since the last crisis–and this one is far, far greater. The same institutions are now mediating between the financial printing presses and haplesses, indentured businesses and households. You couldn’t make this up.

Closer to home, the EU has been found wanting in its response to crisis. Again. Its crisis is now more evident than ever. The reality is that national governments have had to take back–not be given back, but take back–control of their own borders and their  non-transferable responsibility for the welfare of their citizens.

Well, its kind of sad that its come to such a pass. The repatriation of powers to rebalance the hegemony exercised from the center was on the table with the White Paper on the Future of the EU just a few years ago. They bottled it. President Macron has now repeatedly acknowledged that Europe is, indeed, at risk. But the only ‘solution’ that he has to offer is “more integration–more integration”. More of what is manifestly not working, or acceptable, is not a way forward. This is a huge impasse in a world in which the Covid-19  Pandemic has wreaked havoc—and its only a part of any narrative that attempts to chart a course towards “Recovery”.

We simply do not know how the economies of the western countries will recover–and  what a “new normal” will look like.  The term “recovery” itself needs to be recalibrated because the status quo ante is the last thing we need. ‘Creative Destruction’, and disruption, may well fuel a ‘recovery’ impelled by innovation in a whole new set of technologies, delivered under the cosh of the Pandemic.

Even so, global governance is in bits and in hock to the new “Masters of the Universe”,  the iron grip of morally flawed financial markets over the escalating debt burden of nations is tighter than ever, and the EU is devoid of a moral compass that engages with the sensibilities of a post-Covid world.

In Ireland there is an undercurrent of worry among those of a certain age at how the value of their life might be weighted in the balance if they are caught up in this awful virus–better to be  honest about it. And  a distrust of the authoritarianism evident in restrictions of movement and the worship of God–whom the Government have written out of the script, even on St Patricks Day. It  leaves many, and not alone the healthy but elderly, uneasy.

We are not in a good place. But you knew that, didnt you?

It’s time to ask: Has the country gone mad?

HSE’s advice on sex during pandemic: Don’t do mouth on anus for now.