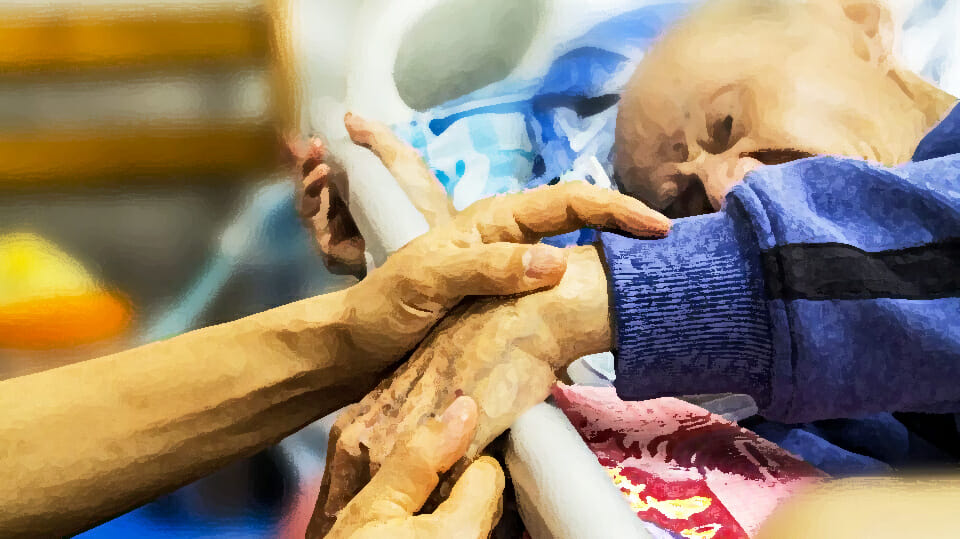 Aontú Leader Peadar Tóibín has severely criticised the “dereliction of duty” of Simon Harris in not launching an investigation into the death of an elderly gentleman two weeks ago who suffered from a maggot infestation of a facial wound.

Deputy Tóibín: “Our prayers are with the loved ones of this 79 year old man Ultan Meehan, who was brought to hospital from Kilbrew Nursing Home in Ashbourne – after his wife was very concerned after visiting him in a nursing home. He was only taken to hospital two weeks after his wife raised concerns. He died of sepsis, after an open wound he had scratched himself became infested with maggots and the nursing home were ‘unable to manage him or the wound.’ It’s unbelievable that the death of a 79 year old Irish man with terminal cancer and dementia, from sepsis after a maggot infestation did not spur Simon Harris into holding an investigation. If this man’s death didn’t force the Minister to act, what would?”

“Simon Harris’s mismanagement and abdication of duty with regards to nursing homes has been one of the massive tragedies of this whole Covid crisis. As the pandemic worsened, Nursing Homes Ireland could not reach the Minister. His Department advised against the restriction of visitors to nursing home facilities. Nursing homes were instructed to conceal the extent of Covid-19 in nursing homes and to withhold information on Covid-19 outbreaks. Staff were left with little to no PPE for weeks on end. An elected member of the Irish Medical Council resigned over the government’s lack of care and concern for elderly in nursing homes. And now a 79 year old man has died under horrific circumstances, and Simon Harris still wouldn’t investigate,” he said.

The Meath West TD said that the neglect or inability to provide care that would had to have been present for Mr Meehan to have developed a maggot infestation underlined the need for a full investigation.

“The fact it took two weeks after his wife raised concerns for him to be taken to hospital is worth investigating. The fact that the Department, the HSE and HIQA have shirked responsibility for the investigation of this case is beyond shocking.  There is no moral or principled reason not to search for the truth and hold those responsible accountable. I am calling upon the new Health Minister – Stephen Donnelly – to launch an investigation into both the death of Mr Meehan and into the mismanagement of the Covid threat to our nursing homes,” he said.

Labour Party: We must help boys with the cost of menstruation