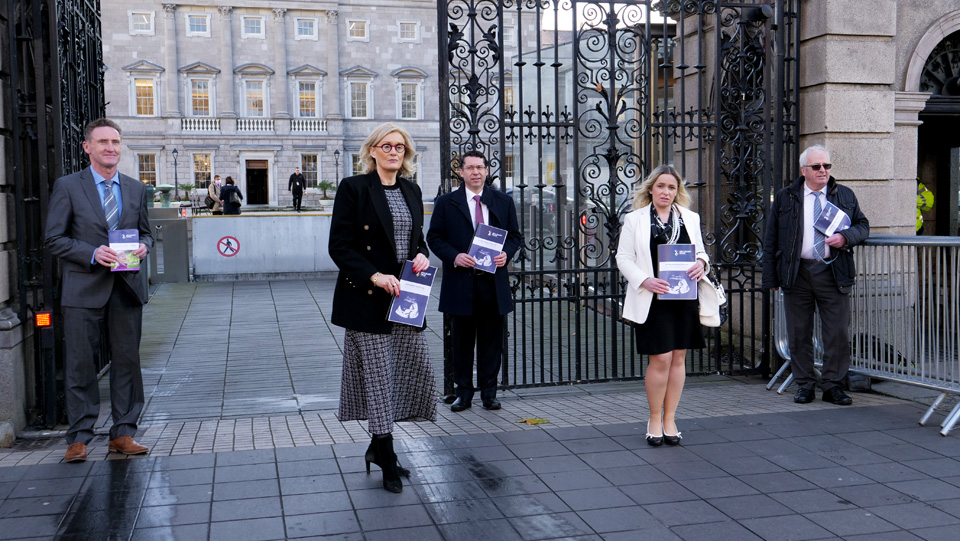 As Gript readers will be well aware, a recent study from UCC has revealed the horrendous reality of how late term abortions are being conducted in this state as well as the astonishing level of medical speciality infighting that is taking place within the Irish maternity hospital network.

The silence on the issues that been raised from both government and elements of the repeal commentariat has been deafening.

Those who have responded at the political level, such as Senator Lynn Ruane, have chosen to downplay the UCC Study, characterising it as some kind of figment of the pro-life imagination or a creation of Gript.ie. If only that were the case.

Senator Ruane was responding to a heartfelt plea from Senator Ronan Mullen, who raised the matter in the Seanad last Wednesday. Here is part of what Senator Mullen said:

“I sincerely hope this is an area we can revisit urgently and that we can unite in finding a way to show mercy and compassion to unborn babies who end up in these appalling, horrific and heart-breaking situations. Let us disregard how people voted in the past and let us not be bound by that. This is a call to our consciences. I plead with the House on this, that at least we can unite about some aspects of this debate. We should all be extremely disturbed by what this report has brought to our attention.”

Here is the reply he got from Senator Ruane, which was a masterclass in denial and obfuscation if nothing else:

It was then the turn of Fianna Fail Senator Catherine Ardagh to voice her support for Senator Ruane’s strange interpretation of events:

“I agree with some of the statements made by Senator Ruane on Senator Mullen’s language today. It was completely inappropriate.”

So there we have it. Some politicians clearly believe that late term abortions are a fantasy. Others think it is ‘completely inappropriate’ to even reference scholarly articles covering the issue.

If Senators Ruane or Ardagh had read the paper written by UCC researchers – one of whom was vocally supportive of repealing the 8th – and published in the British Journal of Obstetrics and Gynaecology they would be aware that late-term abortions are, in fact, being carried out in Irish maternity hospitals. They would have read that feticide  – giving the baby a lethal injection of potassium chloride into the heart – is being practised and that doctors who performed these late-term abortions said the procedure was “brutal”, “awful” and like “stabbing the baby in the heart”.

One doctor said it was so dreadful that they went out into the corridor afterwards to be sick. Clearly the fact that these babies had a severe anomaly – offensively described as a ‘fatal foetal abormality” by Ruane didn’t make ending their lives any easier.

Mercifully there are still some national representatives who are willing to face the issues full on and to demand answers from the Minister for Health Stephen Donnelly.

These include the following, who through persistence and sheer moral grit have obtained an emergency Topical Issue debate from the Office of the Ceann Comhairle. The debate is a ‘reserve Topical Issue’ and will take place today at approximately 4.40pm if one of the other selected Topical Issue debates cannot be taken.

The TD’s who backed the call for the debate are Mattie McGrath (who put in the work rounding up his pro-life colleagues), Carol Nolan, Michael HealyRae, Sean Canney, Noel Grealish, Peadar Toibin, Richard ODonoghue and Peter Fitzpatrick.

This will be the first significant debate dedicated to the issue of late term abortion that has been conducted in the Dáil in almost 3 years.

The TD’s who petitioned the Ceann Comhairle are to be profoundly commended on their willingness to pursue this issue.

That they have had to force a debate on one of the most horrendous accounts of how late term abortions are creating emotional trauma in the medical profession and agonising death to unborn children remains a scandal.

If Minister Donnelly had even a fraction of these TD’s political courage he would sought a debate himself without the need to be brought reluctantly to the Dáil.