Dublin’s Gurrier problem is about more than hate crime 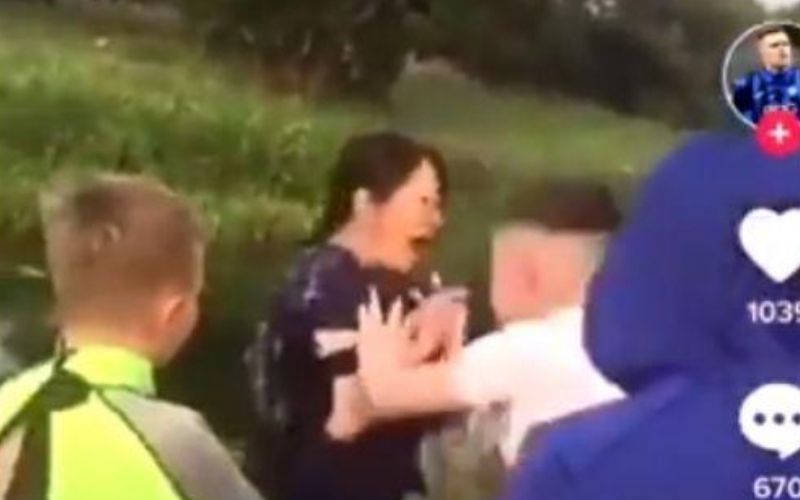 There has, naturally, been quite a bit of chatter in recent days about the despicable, racist attack carried out by a gang of Dublin gurriers on an innocent east Asian woman last week. If you haven’t seen it, here it is.

In this case, there is no doubt whatever that racism was a primary factor in the attack on Shelly Xiong, who bravely challenged the gurriers after they racially abused her on the street. They responded by shoving her into the canal. She could easily have hit her head on a rock, and been killed. It is lucky for her that she did not.

It might have been some time before she was discovered, for one thing:

Ms Xiong said when she climbed out the water she phoned gardaí and waited, but they did not come, so at 10pm that night she went to Blanchardstown Garda Station and reported the incident.

“I was so angry and I don’t know looking back if I was brave or stupid as there was 15 of them and they were bigger and stronger than me.

Naturally, some people’s instinctive response has been to call for a toughening up of hate crime laws. Here’s journalist Sarah Jane Murphy, who’s a very level-headed sort, and no screaming left winger, for example:

Upset by the vile attack on Xuedan Xiong on the banks of the canal?

Email whoever you gave your No 1 to in GE2020 & tell them it’s a bloody outrage there are no hate crime laws in this jurisdiction. I’m sick of saying it.

First, and most obviously, what happened to Mrs Xiong was already a crime, regardless of what the motive was. In fact, it was probably a crime of opportunism, as much as it was a crime of hate. These little gits wanted to bully and humiliate somebody – if it wasn’t Mrs Xiong, it would have been somebody else, for the crime of being different to them in some other way:

If I (& I am sure, plenty of other gay men & women on here) had a Euro for every time we were abused by “kids” in Dublin we’d have a deposit for a house in D4. Nobody cared. I am sure same was happening to racial minorities too. Maybe now the morons film it, the tide might turn.

I'm not gay but for whatever reason almost every time I walk about in Dublin with my customary hat on (regular fedora style hat, Panama in the summer) I get verbal anti-gay abuse from Dublin teens. This simply never happens in Galway. There's a social order issue in Dublin.

Second, if you listen to our justice Minister, a hate crime law wouldn’t make a difference anyway, since she wishes to raise the age of criminal responsibility to….. 24:

Minister for Justice Helen McEntee is set to consider proposals to raise the age limit of the Garda Diversion Programme for young offenders to 24.

Under the current system, young offenders aged 18 and under can be issued with a Garda caution for certain crimes rather than face prosecution and possible prison sentences.

The Garda caution system entails a form that young offenders must sign in the presence of their parents or guardians which states that they accept responsibility for their actions.

So, we might have the spectre of introducing hate crime laws only to find that your average 24 year old racist Dublin gurrier will get away with it by having their parents sign a form. What would be the point of that?

The solution to the problem in Dublin – which is very real – is not new laws. It’s just to enforce the laws that the country already has on the books.

All the hate crime laws in the world won’t stop this kind of nonsense if there are no Gardai on the street, and victims calls go unanswered, as apparently happened in this case. Hate crime laws will make no difference, either, if the age of responsibility is raised to 24, meaning that those responsible get a slap on the wrist and a letter home to mammy.

What’s more, while Mrs. Xiong was the victim of a despicable crime, she was no more a victim than you or anyone else would be, if we were shoved into the canal, or spat at, or called a name for looking different. It’s highly unlikely, after all, that the perpetrators set out from their homes that morning seeking a Chinese woman to drown. They set out looking for trouble of any kind, and she happened to be the one unfortunate enough to stand up to her.

The solution is very simple: More Gardai on the streets, and more punishment for this kind of behaviour.

We’re going to get the opposite, of course. Along, probably, with a hate crime law that will do absolutely nothing to stop any of this. The problem isn’t hate – the problem is a city with a gurrier problem, and nobody with the political will to do anything about it.