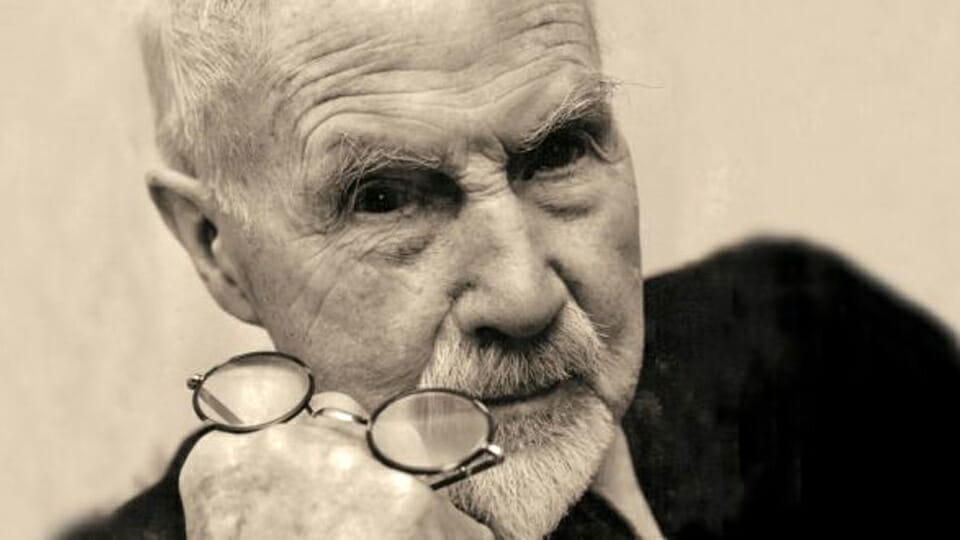 For the people of Maynooth, Domhnall Ua Buachalla is a name not known to many of the town’s current population. Some may know of him as the propietor of a Hardware Store that had been in his family since 1853. The store itself closed its shutters for good in 2005, with the building presently called “Buckley’s House” and the adjacent street named “Buckley’s lane.” Now, you may ask why should the people of Maynooth know the name of a shopkeeper who died in 1963?

The reason is is that Ua Buachalla was far more than a shopkeeper. A Gaeilgeoir, a 1916 Rising veteran, an internee at Frongoch, an MP for Sinn Féin who refused to go to Westminster (1918-1922), an opponent of the Anglo-Irish Treaty who was arrested during the Civil War, a Fianna Fáil TD from 1927 to 1932, the 3rd Governor General of the Irish Free State who systematically undermined the position until its abolition in 1936, and a man paradoxically known for both his friendship and falling out with Éamon De Valera – Domhnall Ua Buachalla was a key player behind the scenes in De Valera’s erosion of the Anglo-Irish Treaty, a man whose nation asked of him to be a quiet, but undoubted, republican.

The son of Cornelius Buckley & Sarah Jacob. Growing up, the young Domhnall was instilled with the very philosophy and passion that would be the hallmark of his life both in and outside of politics. His father was a fluent Irish speaker from Mallow, Co Cork, whilst his mother belonged to a  prominent Quaker family from Dublin. The young Ua Buachalla received a Jesuit education, whilst also becoming a fluent Irish speaker in his teenage years.

In 1932, the Kildare Observer wrote of his prowess and passion for Irish that: ”

“While still in his teens he mastered the Irish language and then set about to diffuse the knowledge which had been gained. The Gaelic League of the County Kildare found him an indomitable worker in its cause and his services were in constant demand at Irish Ireland functions. He was the presiding genius at many of Feiseanna and Ceilidhe and his genial presence was always a source of delighte and encouragement to the young people.”

In fact, his dedication to the Irish language was so great, he was arrested for its usage! In 1905, Ua Buachalla was arraigned for the name on his delivery cart (his family name) being in Irish. The Kilcock Court found him guilty, and upon his refusal to pay the fine, the according number of goods were taken from his shop and sold at public auction. The items were purchased by a single bidder, and accordingly returned to his shop.

This dedication was not solely confined to the Irish language of course. Ua Buachalla was also a fervent Irish Republican, and was a member of the Irish volunteers – and a friend of Pádraig Pearse no less. He also founded the Maynooth branch of the Irish volunteers, training the recruits in the dead of night – awaiting orders from Dublin.

His actions during the Rising deserve the same recognition as afforded to bravery others. Don’t believe me? How about the words of the first President of the fledgling Irish Republic and 1916 leader, Pádraig Pearse who declared “Buckley is a real patriot, and one of the most determined men in Ireland. When we strike our blow for Irish freedom, I am certain he will be with us.”

And on no day did his determination shine clearer than on that fateful Easter Monday (24th of April, 1916). News had begun to trickle through of rebellion in Dublin. Ua Buachalla – who had been working in his shop – decided to cycle into the city to discern the truth. Upon learning of the veracity of the rumors, he cycled back to Maynooth to rally his volunteers to join the Rising. The group of no more than 20, had been originally stood down due to the orders of Eoin MacNeill, but following the news of the rebellion decided to enter the fray nonetheless.

The Maynooth Volunteers armed with a compendium of sporting rifles and home-made grenades – with Ua Buachalla being the only one with a rifle – answered Ireland’s call. At 50 years of age, the middle-aged Shopkeeper bid a wife and seven children farewell to lead a small band of volunteers to take on the might of the British Empire.

The company marched to Dublin from Maynooth, sleeping in Glasnevin Cemetery overnight. Upon reaching Dublin, the company joined Pearse and Connolly in the GPO. It was at this point, as reported by Ciaran Conliffe that:

“At Pearse’s request the Maynooth men, led by Domhnall, mounted a successful rescue of a group of rebels who had been cut off in City Hall. This was a great boost to the spirits of the men in the GPO. Since Pearse trusted Domhnall and knew that he was a good shot, he sent him on several such missions during that fateful week. Domhnall disliked talking about his own exploits, but reports of those who accompanied him say that he killed at least three British soldiers during these missions.”

Side by side with Pearse, Ua Buachalla and the Maynooth Company were on the front lines of some of the most vicious fighting with British forces, serving bravely until the eventual surrender of rebel forces. He was interned both at Knutsford Jail and subsequently at Frongoch Internment Camp. Ua Buachalla was released by the following Christmas.

It was at this point Ua Buachalla joined Sinn Féin, who were painted as the scapegoats for the occurrence of 1916 despite the party having no direct connection to the Rising. However, personal tragedy struck Ua Buachalla at this time when his wife Sinéad passed away, leaving 52 year old a widow and father of seven children. Reluctantly, he stood as the Sinn Féin candidate for Kildare North – answering his country’s call once again!

He served as a MP for Sinn Féin from 1918 to 1922, refusing to take his seat in Westminster. He opposed the Anglo-Irish Treaty, and was arrested for his activities at the Four Courts during the Civil War but released in the midst of the Civil War. During this period, he also lost his seat in the 1922 General Election and failed to regain the seat in the 1923 General Election. He would only regain his seat as a TD for De Valera’s Fianna Fáil in 1927, before losing that seat in the 1932 General Election. True to form, his tenure of Dáil Éireann was one where he did not occupy the limelight but was an asset to the nation (with the majority of his speeches being delivered in Irish).
Undoubtedly, his most important role was yet to come.

For De Valera envisioned that this proud Irishman would be the representative of the British Crown on the Emerald Isle. Ua Buachalla was appointed with the view to reduce the power of the office to the point of irrelevance – therefore his role was essentially to destroy the office he was appointed to hold. The message to the British was clear, by appointing an Irish republican with a penchant for challenging the authority of the Crown, De Valera was going to systematically dismantle the Anglo-Irish Treaty and erode the remnants of the British occupation on the Island.

Ua Buachalla kept a low profile, and failed to meet his duties in terms of public engagement. In fact he was recorded as only completing one public engagement during his tenure. He received the credentials of the French Ambassador, before these powers were transferred away to the President of the Executive Council (De Valera). Furthermore, he refused to take up residence in the Viceral-Lodge  – instead taking up residence in a house in Monkstown. Additionally, the title of Governor General was replaced  with the title of “Seanascal.” Every measure was a calculated measure to further relegate the status of the office. Famously, he refused to send the King a pie of “four and twenty woodcocks” at Xmas which had been a long standing tradition of the Irish Viceroys to send to the King.

Then the unmissable opportunity to abrogate the office entirely presented itself. When the abdication crisis involving King Edward and Wallis Simpson occured, all nations within the British Empire were required to consent to the abdication. De Valera seized the opportunity to scrub all reference of the King and the Crown from the Irish Constitution and for Ireland to leave the Empire. On the 11th of December 1936, a little over 4 years after taking the role, a jubilant Ua Buachalla signed into law the legislation to abolish his own office!

This seems to have been the end of the matter with Ua Buachalla attending the inauguration of the first Irish President Douglas Hyde in 1938, and when De Valera became President in 1959, he appointed Ua Buachalla to his advisory council.

The aging Ua Buachalla died four years later in a nursing home, on the 30th of October 1963, at 97 years of age. At the time of his death, he was the oldest surviving Easter Rising veter His graveside oration was delivered by none other than Éamon De Valera.

Domhnall Ua Buachalla served his fledgling country in every way he was asked. Through his dedication to the Irish language and culture, to his bravery in 1916, to his standing for elected office for both Sinn Féin and Fianna Fáil, and in quietly working to remove British authority from these shores.

This quiet, but undoubted republican is one whose name is not as well known – but whose exploits are the stuff of folklore!