The HSE has confirmed that getting doctors to perform abortions is a significant issue causing delay in rolling out abortion provision in Ireland.

CEO of the health service, Paul Reid, said that as of August this year, nine maternity units were not performing abortions while ten hospitals were.

“There are issues with regard to the geographic availability of the service. A roll-out plan for the remaining nine hospitals is currently being developed. There are some impediments to the roll-out, including conscientious objections,” Mr Reid reported.

Earlier this year, a report from the National Women & Infants Health Programme (NWIHP) to Simon Harris, the Minister of Health, revealed that nine hospitals had not implemented the abortion regime because of “operational issues” including conscientious objection – including Letterkenny University Hospital, Sligo University Hospital and Wexford General Hospital.

Addressing the issue of abortion provision at the Rally for Life, well-known consultant and award-winning OB/GYN, Dr Trevor Hayes, said that “A great many of my colleagues are unwilling to perform surgical abortions, and they say they will not be forced to carry out this life-ending procedure.”

“Would the politicians who so vehemently insist that we must perform abortions be willing to carry out one themselves? Would they undertake the horrific task of ending the life of a living, growing human being? I suspect not, but they want to force doctors like me to do so. That’s not going to happen,” Dr Hayes said.

On conscience rights, the maternal health care specialist added: “The truth is that the government is trying to trample on the rights of medical professionals who conscientiously object to taking part in abortions. This is a form of bullying that is absolutely unacceptable, because a person’s conscience is not subject to majority rule.”

“We have a huge crisis at the moment in the health service, and that crisis is especially acute in staffing, so it is particularly appalling that staff in both nursing and medicine feel that they will be forced out of medicine because their right not to participate in abortion is not being respected,” he said.

The HSE CEO now says a clinical lead for the provision of abortion was being recruited to ensure abortions would be carried out nationwide, and that the hospital sector had received €6.5 million in funding to provide abortions. GPs are also paid €450 per abortion and another €100 can be claimed for separate post-abortion services.

The Life Institute said it commended doctors and nurses for standing up to bullying from the Minister for Health and refusing to take part in what they described as a “life-ending procedure”. 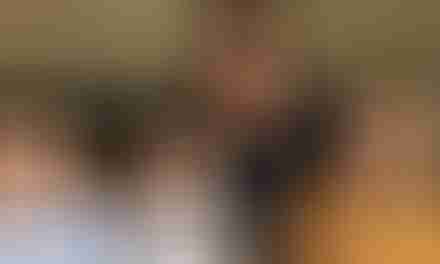 Andrew McGinley’s heartbreaking words as he buries his children, Conor, Darragh and Carla