Desmond Fennell remains a voice that should be heard 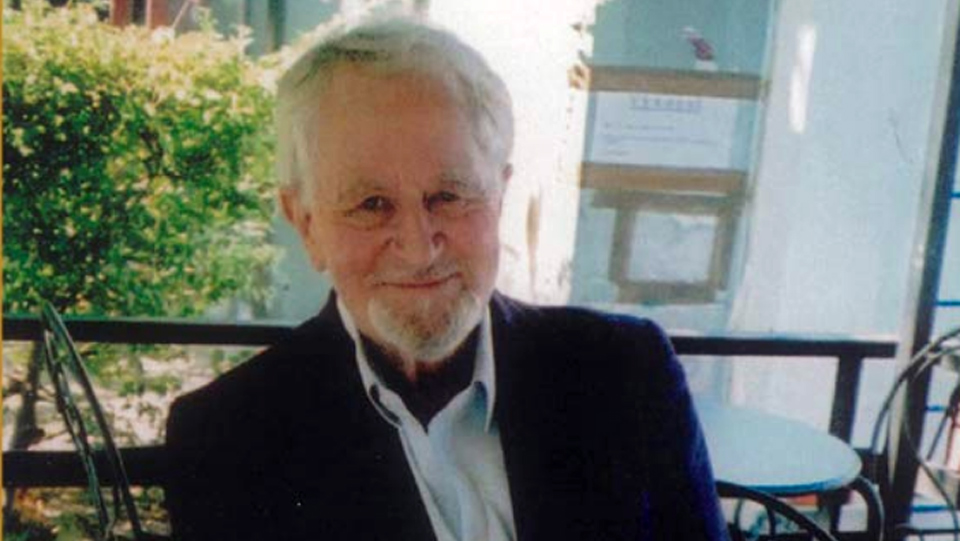 One of Ireland’s outstanding and prolific writers and intellectuals, Desmond Fennell turned 90 last year. Since the late 1950s, he has published over 30 books and pamphlets dealing with what he himself described as the condition of the human person in Ireland.

That has been the basis of philosophy in the western tradition for several millennia, but in Ireland is mostly regarded as some form of pretension. Public intellectuals, as approved by the academy and the liberal media, tend to be consumed with superficiality and an inferiority complex which is transferred into their relentless assault on all of the things which “nice people” despise most in the “rednecks” who are keeping us from being just the same as everyone else. Well, the same as their liberal counterparts in Britain and “Europe” and the United States mostly. And sure, who else matters?

Fennell placed all of this in the context of the de-nationalisation of the Irish people. He is particularly acute and acerbic in his charting over the past half century and more of the progress of the liberal juggernaut which has weakened most of the traditional underpinnings of Irish society, but without replacing them with anything other than the inanities of consumerist liberalism.

My initial contact with Fennell was recalling him as a different, dissonant and even dissenting voice, who occasionally breached the wall of legal and informal censorship in the Republic of the late 1970s and 1980s. Mostly it was through his columns in the Sunday Press, collected in his 1986 book Nice People and Rednecks and in his book The State of the Nation of around the same time.

As a young republican I found him intriguing, as one of the few well known people to understand the northern conflict and the IRA as a logical expression of both Irish nationalism and resistance to oppression by the state. However, it was also apparent that he did not share all of the traditional republican position; particularly in relation to his recognition that the island is comprised of one nation, the Gaelic Catholic Irish, but also part of another British nation.

It was naïve and ultimately futile, he said, to believe that the latter were living under some sort of illusion and that formal unification would cause the scales to drop from their eyes. That was what attracted him to the original Sinn Féin policy of Éire Nua which proposed that following a British declaration to withdraw and the establishment of a 32 county state, that the country would be divided into four federal regions. That would have guaranteed the northern Protestant British population substantial autonomy within an independent Republic, and a safeguard against their becoming a put upon minority in a centralised Irish state administered from Dublin.

Indeed, Fennell was key to expanding the appeal of the Provisional policy which would extend beyond provincial federalism to a radical bottom up democracy based on parish councils and with local county and regional bodies having a substantial input into all aspects of life including the promotion of economic development with co-operatives being given a key role. While living at Maoinis in Connemara Fennell made some progress in advancing this through the Gaeltacht community there, and on a wider scale through the proposed Connacht region.

Fennell described the goal as being to create what he termed a “community of communities.” In some ways both he and the leading thinkers within Sinn Féin in the 1970s like Daithí  Ó Conaill and the brothers Ó Bradaigh were close to classical anarchism. Not the anarchism we see now associated with violent ultra-leftism which is content to be among the stormtroopers of liberalism. Rather, the anarchism which sought in the 19th century to create and partly retain in a more democratic way the self-government of a community. That was reflected in radical Catholic social thinking which also influenced the framers of Éire Nua and other nationalists like Plaid Cyrmu founder Saunders Lewis.

Ironically, all of that was attacked and eventually thrown aside as a “sop to unionism,” by the same people in the Provos who less than 20 years later had accepted Partition and agreed to enter Stormont as part of Britain’s administration here. Not only that, but they have abandoned any pretence to maintain the vision of the Irish Revolution which had embraced disparate elements from the founders of the GAA, the Gaelic League, the Irish trade union movement, to the rural cooperatives.

In the interim the 1980s, the Provos had, like their predecessors in the Official IRA, embraced a sort of infantilised Marxism which was part of the ideological battering ram to undermine the revolutionary vision. In his 1996 book, Dreams of Oranges, Fennell described the collapse of the senile socialist regime in eastern Germany. He also used it as a measure of how far the western left had degenerated; having been deprived of their myth in the east and bereft of a viable economic model, into leftist sloganizing agents of corporate neoliberalism.

Abortion was just one part of that new project, but a key one. In the early 1980s Fennell presciently forecast that the promoters of faux pluralism would not be content with ticking all the other boxes until they had achieved abortion on demand, given that “we have conformed already in other respects.” Only the stout resistance of substantial numbers of our people delayed the existing hegemony of the anti-humanist doctrine that “if the mass killing of human beings seems necessary, or useful, it is legitimate.”

Pluralism was the party line during the 1980s, now overtaken by similar bromides like diversity and inclusion and a nebulous equality. Fennell ridiculed the notion that the Irish liberal elite – which now embraces almost all aspects of official life in the Republic – genuinely believed in pluralism. Indeed: “A pluralist Ireland, that is to say an Ireland in which various communities shaped their lives as they saw fit, was anathema to the new liberals.”

In any normal society, Fennell would be regarded as a voice that ought to be heard, articulating as it does the views still of a substantial section of the Irish people. Instead, Fennell and others who dissent from the narrow orthodoxy of what he calls the “state class” are excluded in so far as is possible from public discourse as it is managed by that class.

In 1992, he defined that class as consisting of people whose status and income was largely dependent on the state. Interestingly, he excluded the Haughey faction in Fianna Fáil from this. Now he would have to include that party as a whole, along with practically every other party in Leinster House and the growing “non-governmental” sector that has been incorporated.

The mainstream media of course was lost even back 30 years ago, and has since easily segued from a pro-British position on the national question into aggressive liberalism and subservience to whatever the latest line from Brussels happens to be. Those of us who dissent from the party line can think ourselves honoured to be in the same company as Desmond Fennell.

Hey women! We’ve been downgraded to ‘anyone with a cervix’ by the HSE