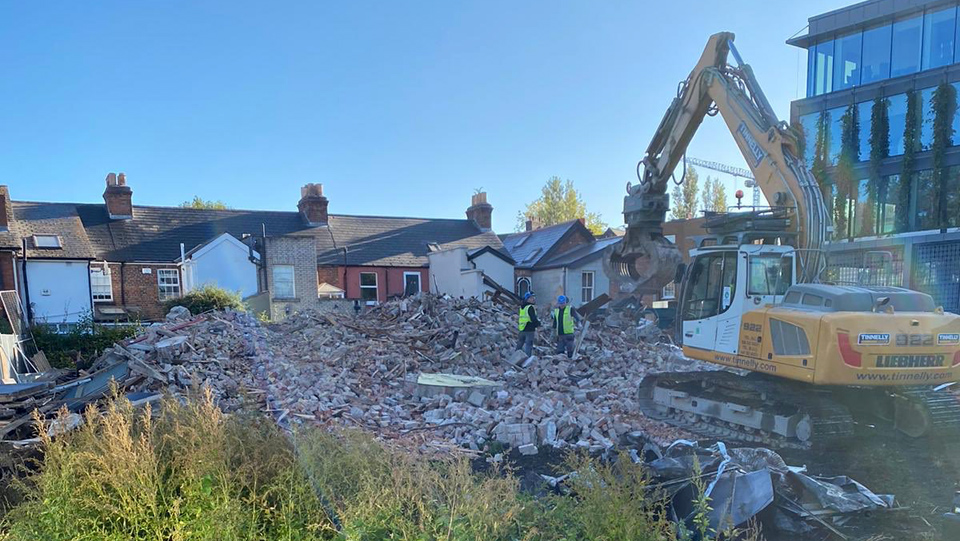 Meath West TD Peadar Tóibín has condemned what he described as the “disgraceful and apparently illegal destruction of a national landmark in the early hours of the morning” after the house of 1916 leader “The O’Rahilly” was demolished. The Aontú leader said the action was in contravention of a unanimous vote by Dublin City Council”  and called on Minister Catherine Martin to intervene and ensure the developer involved paid for this desecration of a national landmark.

Deputy Tóibín said: “It is an absolute outrage that at 6:30am this morning a developer felt so emboldened that he ordered the destruction of a national landmark in complete violation of a DCC motion to add the property to a list of protected structures. In violation of this order, the developer demolished the historic building to clear the way so that luxury apartments can be built. What does it say about the state of our country that a developer can demolish a national landmark for his own enrichment and not fear any consequences?”

1916 relatives and others have been campaigning against the demolition of the house which they described as a national landmark.

“We – in Aontú – have been campaigning for months to protect the historic home of revolutionary hero The O’Rahilly, and it seemed our efforts were finally getting somewhere when DCC voted unanimously to list the site as a protected structure. Successive Ministers have refused to address the issue. Thanks to the Ministers’ abdication of duty, a pile of rubble now sits where the historic house of the 1916 hero once stood. It is inexcusable that both Catherine Martin and Josepha Madigan before her have sat on their hands as our national landmarks have been under threat of destruction.”

“I am calling on the Minister to finally step up and intervene. Designate the site a protected heritage site and make the developer pay for the restoration of the illegally-destroyed house of one of our nation’s greatest heroes. Anything less is a concession to rich developers and a slight on the sacrifice of our republican heroes,” he said.