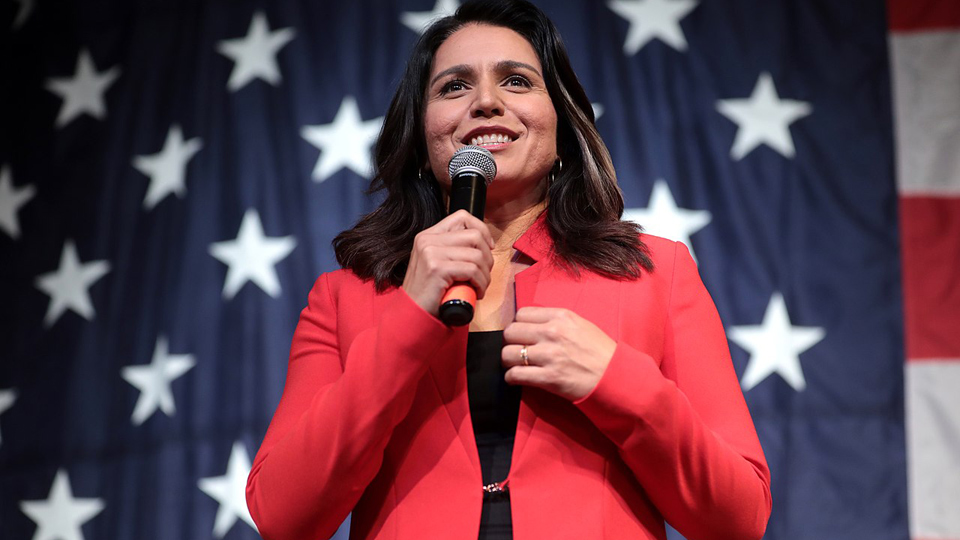 Hawaii’s Tulsi Gabbard has introduced two bills that would outlaw the controversial practices.

The Democrat congresswoman has raised eyebrows on both sides of the aisle by this week sponsoring bills that would outlaw the current practice of letting newborn babies die after delivery following failed abortions, and the increasingly common spectre of biological males playing female sports.

Introduced on Wednesday, the “born alive amendment” would update U.S. criminal code “to ensure a health care practitioner exercises the proper degree of care in the case of a child who survives an abortion or attempted abortion.”

This is similar to legislation rejected by Democrats earlier this year in a bill sponsored by Republic senator Ben Sasse  and Rep. Ann Wagner. That bill would have imposed penalties on doctors who refused to save the lives of abortion survivors.

The Centers for Disease Control (CDC) estimats that between 2003 and 2014, 143 infants were born alive during abortion attempts.

Democrats for Life, who oppose their party’s support for abortion, welcomed Gabbard’s bill, setting up a petition in support of the former presidential primary candidate who has come in for sharp criticism for sponsoring the amendment.

On Thursday Ms. Gabbard also introduced the bipartisan “Protect Women’s Sports Act” with Republican congressman Markwayne Mullin. The bill seeks to protect “the sex-based intention of Title IX protections by reaffirming the biological sex-based distinctions between men and women in athletics.” If passed, the legislation would cut all federal funding to organizations which allow biological males to compete against females.

“Title IX was a historic provision championed by Hawai’i’s own Congresswoman Patsy Mink in order to provide equal opportunity for women and girls in high school and college sports,” Rep. Gabbard said.

“It led to a generational shift that impacted countless women, creating life-changing opportunities for girls and women that never existed before.”

“However, Title IX is being weakened by some states who are misinterpreting Title IX, creating uncertainty, undue hardship and lost opportunities for female athletes,” Gabbard claimed.

“Our legislation protects Title IX’s original intent which was based on the general biological distinction between men and women athletes based on sex. It is critical that the legacy of Title IX continues to ensure women and girls in sports have the opportunity to compete and excel on a level playing field.”

Reuters: Wuhan’s nightlife is lit, last Covid-19 case in May