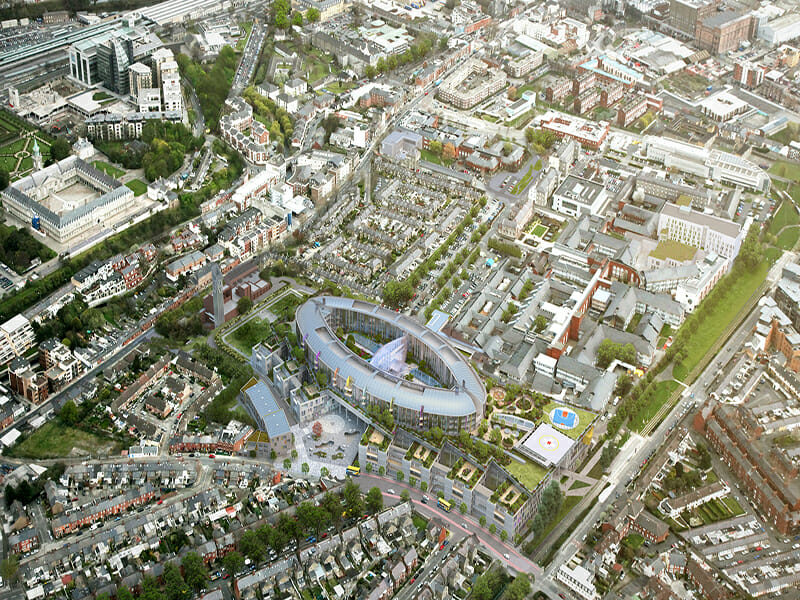 An Oireachtas committee has heard that the cost of large projects could rise by up to 40% due to Covid-19 restrictions.

General Secretary of the Construction Industry Federation Tom Parlon has told the Oireachtas Special Committee on Covid-19 Response that because sites were closed during the lockdown and social distancing restrictions must be maintained into the future, industry figures expect the cost of constructions projects to rise and further delays to be inevitable.

“The industry are building data centres and highly sophisticated pharma plants so the industry has suggested it could be as much as 40% extra cost while the very strict regime is in place,” he said, when asked about large projects including the Children’s Hospital.

A 40% increase in price “for the most complicated” projects would see the cost of the Children’s Hospital rise by almost €700 million to 2.4 billion euros.

Mr. Parlon said he knew of one site that had 1,800 workers before the lockdown, but has since been reduced to between 500 and 600 staff because of social distancing requirements.

A potential rise of 40% costs across complex building sites such as the National Children's Hospital is an astronomical figure – @DuncanSmithTD pic.twitter.com/SDxakOio68

Construction work at the National Children’s Hospital site stopped on March 31st, with fears now growing that already mounting costs will escalate considerably.
Labour TD Duncan Smith labelled the prospect of a 40% increase in costs for building the hospital “astronomical”.

The original price-tag in April 2017 had been 1.25 billion euros, but that jumped to 1.7 billion euros before the lockdown as construction firm BAM revised their estimates.

Aside from the significant costs associated with the hospital, criticism has been leveled at the government for choosing the St. James’ site in the city, with other options near Connolly Hospital in Blanchardstown being the preferred location for some parent’s groups.

Parlon also warned the Oireachtas committee that the cost of normal construction projects could jump by between 5% and 10%, with one building contractor informing him that the restrictions could add €10,000 onto the cost of a home.