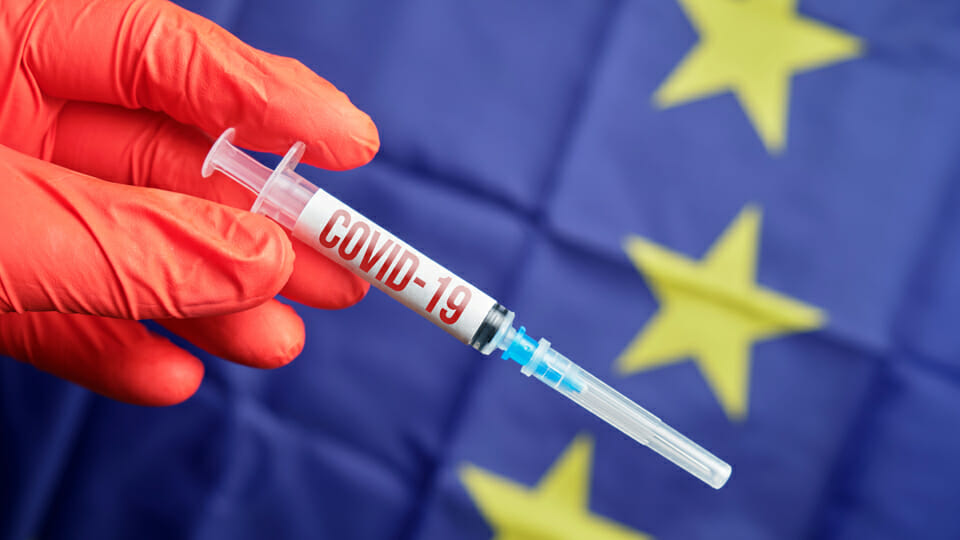 While ultra EU federalists (as seen on The New Federalist website) are decrying the “unilateral” (read sovereign) measures by some members states to cope with the Covid 19 pandemic, others see the overall response as evidence of the importance of recovering national control over key areas like borders and migration.

While the New Federalist has decried the lack of member states “sharing” infected patients, most people realise that would make the situation worse. Had member states like Germany not restricted the movement of Italians, deaths would have reached far higher levels by now.

Our own pathetic government was one of few which allowed thousands of Italians to come here for a rugby match after the game had been called off.

The Italian government is a dogs dinner led by Conte and containing the opportunistic right and the old socialist and communist parties under a new guise, the Democratic Party. Its main purpose seems to be to exclude Lega led by Matteo Salvini which was ahead of all other parties in a poll taken last week in which it had 31% support.

In 1988, then Commission President Jacques Delors, happily forecast the inexorable “seepage” of national sovereignty to the centre, and that soon 80% of key member state legislation would be framed and enforced from Brussels. All of this was supposedly in the interests of the internal market based on the free movement of labour and capital.

When during the Nice Treaty debate in 2002, former Workers party leader and Irish minister Proinsias de Rossa was asked whether this would not entail the end of Irish right to set corporation tax and lead to mass immigration in the tens of thousands, he dismissed this as “scaremongering” and forecast that immigration here would remain a “trickle.”

Poland has land borders with six other states. Ireland is an island, which ought to make us one of easiest European or indeed global states to defend against the pandemic. If our political “elite” were not almost entirely deracinated EU/corporate sycophants.

Likewise, Hungary which has similar policies to the Poles had (to April 3) 26 deaths from a population of almost 10 million.

The lessons seem quite apparent.

Let us hope we do not pay too high a price for this national dereliction of responsibility.

And that when the crisis hopefully passes, that the forces of opposition to the way we have been governed in the interests of external interests, begins to cohere into a political force.