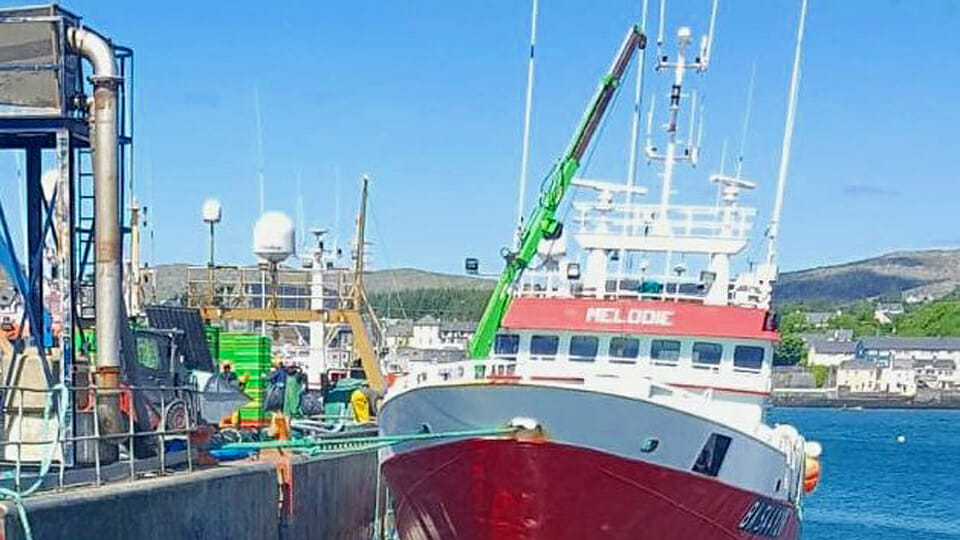 “The ramifications of the Brexit trade deal will soon be felt in every coastal community as the Irish fishing industry, which is worth €1,2 billion to the Irish economy, has been hit hardest by the deal. In effect, the Irish fishing sector has been thrown under the proverbial bus, while the Irish government watch on like bystanders instead of protecting our interests.”

“Having scrutinised the Brexit deal, I am appalled that the Irish government have allowed the Irish fishing quota to be cut significantly. In fact, the botched Brexit deal amounts to a cut of at least 25 per cent in quota and income for the Irish fishing fleet at a time when the sector is already in survival mode.”

“Plainly put, this deal will annihilate the Irish fishing sector. For instance, prior to the deal, the Irish fishing industry caught 60 per cent of its mackerel in UK waters, but the negotiated deal means this will now be reduced to around 13 per cent.”

“The deal is disproportionately negative to Ireland. For instance, Belgium and Spain will lose less than 1,000 tonnes per annum in the pelagic sector, while Ireland will lose a staggering 23,496 tonnes. Surely, this indicates a government or Minister asleep at the wheel, to allow this to occur.”

“The unfortunate impact of this deal will cost thousands job. Clearly, the government failed to stand up for this sector which directly supports 16,000 jobs in rural parts of this country.”

“The deal indicates that the Irish government are completely out of touch and not listening or interested in the views of coastal communities. Instead, the government is absorbed with national media soundbites and spin.”

“The Brexit deal is a complete sell-off in terms of Irish fishing rights. Alarmingly, with the stroke of a pen, the EU agreed to hand over Irish fishing resources to others while Irish Minister for the Marine, Charlie Mc Comnalogue, stood idly by. Irish sovereignty has been ripped apart by this action.”

“This sell out will cost livelihoods and jobs in a sector already on the brink. It is completely abhorrent for any Irish government to allow this to happen.“

“I unequivocally stand with the fisheries sector and coastal communities on this issue. It is totally unacceptable that a Brexit Deal would involve a sell-out of the Irish fishing sector”

“I am calling for the urgent reconvening of the Joint Oireachtas Committee on Agriculture this week tom discuss this situation. Equally, I am calling on the Minister for Agriculture, Food and the Marine and the Taoiseach to explain how they allowed this obliterating deal to be signed off,” concluded Deputy Collins.