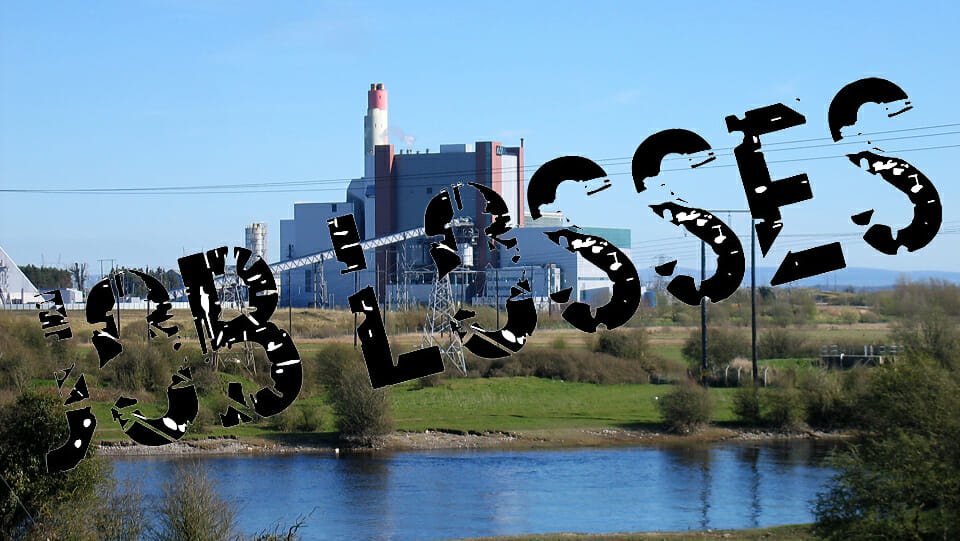 During a week that saw the closing of two peat stations in Offaly and Longford at the cost of hundreds of jobs affecting many thousands of people and threatening the viability of rural towns and villages, what does RTÉ bestow on us?

The job losses and the effective closure of what was possibly the most successful Irish state enterprise marrying modern technology and traditional rural bog management to create an indigenous energy source are deemed to be an appropriate sacrifice on the altar of the state’s courageous battle to stop climate change. No Pasarán, you Lough Swilly-destined melting glaciers.

So let us put all of this into context. While Ireland is taking one for Team Save the Planet, the rest of the EU states are actually expanding their electricity generating coal capacity. China, the world’s worst offender in terms of CO2 emissions, and obviously not giving a somersaulting fart what their progressive friends in the west think (and they never ever say anything about China), is in the process of expanding it’s already massive electricity generating coal station capacity by 50%.

So what are our “elite” trying to prove? No doubt there are Greens and An Taisce types who would much prefer that the midlands revert to barren bogland with a few deferential tourist guides to show the eagle-eyed urban visitors around and introduce them to happy snails – the sort who remain always alert to some culchie building (god forbid) a bungalow on their own land for their own children. But what has possessed the once staid Fine Gaelers to embrace this? And the same could be said for Fianna Fáil and Sinn Féin because they are as equally in bondage to this nonsense.

More of the Theatre of the Absurd was the spin that the generating stations would be transformed into plants processing biomass as a renewable source, just as ten years ago the con was that we would soon have enough wind farms to meet our needs, without polluting cows to spoil the vista. All nonsense, not least of all because we just do not have the raw material to replace peat with wood, though, even more insanely, part of the plan was to sail shiploads of timber from Australia.
Carol Nolan the independent Offaly TD called all the dissimulation out. Referring to the spin regarding how the stations would be retained as renewable energy creators, she said: “Today’s announcement …makes a mockery of the government’s recent commitment to provide a so called Just Transition Commissioner.”

Kieran Mulvey is the said commissioner. The “Just Transition” is another con job which pretends that the destruction of what Carol Nolan describes as a tradition in her community can be replaced by metal windmills and factories turning imported trees into green energy. The same line was spouted about the possibility of turning the sugar beet which again was once the basis of a vibrant successful public enterprise into an ethanol product. It doesn’t work. Simple as that.

This country using its indigenous peat to produce its own energy made sense, still makes sense. And if it is fine for our EU “allies” – the ones who imposed our crippling debt ten years back – to continue setting up coal generating stations why should this state be making some trivial gesture? How many pats on the head do they need?

How is it that whatever our enlightened progressives decide is best for us, that you then have the likes of Kieran Mulvey appointed as a commissioner for a Just Transition.

To what exactly? What are the parts of Offaly and Longford bereft of their main economic sustenance supposed to be transitioning to?

Mulvey is just transitioning from whatever sinecure he had before, just as he transitioned from the revolutionary Workers Party like so many other erstwhile lefties who are now busy taking jobs from ordinary people and destroying their communities.
That will learn them, the backward, climate-destroying, selfish bastards.

DAVID THUNDER: The cure for Covid-19 may be worse than the disease