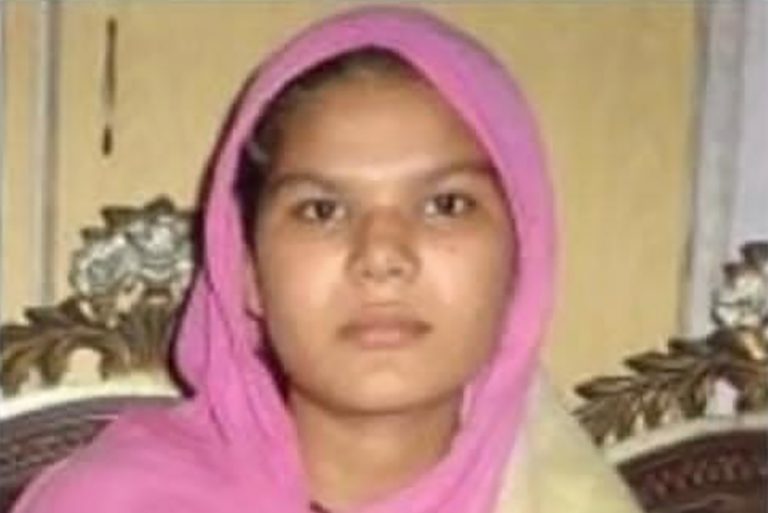 A Christian woman has been shot dead after rejecting the unwanted physical advances, marriage proposal and invitation to convert to Islam from a Muslim man in the Punjab province of Pakistan.

Muhammad Shehzad stands accused of murdering Sonia Bibi (24) on November 30th, with the incident only coming to light since a report on Sunday in Pakistan’s Express Tribune.

Sonia, a housemaid and the eldest of six children, was killed at a bus stop and buried later that day by her distraught family.

Her father Allah Rakha Masih said the accused man, along with his friend Fazian, had been harassing his daughter for five months in the hope of marrying her.

“Shehzad had been following my daughter for the past five months. He also sent his mother to our house for the marriage proposal. But they were Muslims and we are Christians. That’s the reason I refused,” Masih told reporters.

“Shehzad had threatened to kill my daughter. Faizan used to accompany him in following her. She was murdered for refusing the proposal.”

“Since she was a committed Christian she did not betray Jesus and sacrificed her life for her faith. We are being harassed and pressurized to withdraw the case against culprits. However, I want culprits brought to justice,” Masih insisted.

Police have the killing appears to have been carried out due to personal resentment.

Sonia’s murder was condemned on social media as Pakistan grapples with its latest example of violence against women and Christians.

“Sonia could save her life if she had agreed to run away with the boy, change her religion and forcefully marry her. #StopViolenceAgainstWomen,” said the chairman of the interreligious Rawadari Tehreek (Movement for Tolerance) in a Facebook post.

The Movement for Solidarity and Peace has previously estimated that some 1,000 Hindu and Christan women and girls are abducted for marriage and forcibly converted to Islam in Pakistan each year.